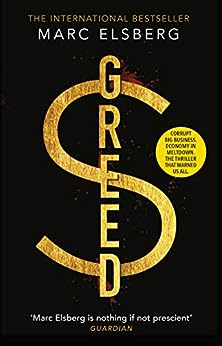 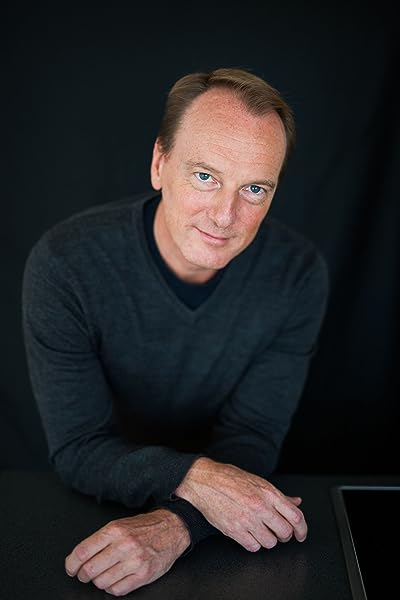 CORRUPT BIG BUSINESS, ECONOMY IN MELTDOWN, THE THRILLER THAT WARNED US ALL

'Marc Elsberg is nothing if not prescient' GUARDIAN

It’s the near future: the world economy is in freefall. Mass unemployment and hunger rage as banks, corporations and countries go bankrupt. But one group are doing just fine: the super-rich.

Nobel prize-winning economist Herbert Thompson drives to an emergency summit in Berlin, to deliver his ground-breaking solution to the world’s elite: a formula that will reverse the downturn, transform the economy, and give everyone a share of the wealth.

Thompson never arrives. He is killed in a car crash on the way.

Jan, a keen cyclist out late, sees the incident. Convinced Thompson has been murdered, he vows to find out why.

But there are powerful forces at work, who will stop at nothing to keep Jan silent.

How far will they go to satisfy their greed? And who can stop them?

A spine-chillingly realistic thriller on the horrors of freewheeling capitalism and the threat of human greed.

‘Dazzling’ Times Book of the Month

'Both gripping and visionary' rbb Kulturradio

'Part Dan Brown-style chase and part eco-thriller, this debut will get people talking' BOOKLIST US

Marc was born in Vienna, Austria. After 20 years as a creative in advertising in Austria and Germany Marc turned into a bestselling novelist. His thrillers BLACKOUT and ZERO were translated to more than a dozen languages and sold million copies worldwide. His new thriller HELIX is out now (2016, German and Polish editions, more to come). BLACKOUT and ZERO were awarded "Science Book of the Year" (category entertainment) in Germany in 2012 and 2014 respectively. The books also made Marc an sought-after speaker and dialogue partner for business and politics. Currently he lives and works (mainly) in Vienna, Austria.

johnverp
3.0 out of 5 stars Promised more than it delivered
Reviewed in the United States 🇺🇸 on April 6, 2021
Verified Purchase
A novel and ambitious idea, but it all descends into a somewhat shallow tale in the end. The subject is the idea of a global economic transformation to share wealth better. The people about to propose the concept are murdered on their way to a major international conference of the rich and powerful.

What follows though is a series of chases and lucky escapes as bits of the theories are explained via farmers' fables. There are many unrealistic ingredients, including coverage of the way a global conference is run, the haphazard police efforts and the presence of many all-powerful mystery players. At the end, of the assassins and other culprits, we hear no more.

There are virtually no characterisations, so the reader feels a bit empty and/or unaligned, despite a general hope that the good guys prevail.

Eventually, the core economic message is announced at the conference and the book just stops. So there you have it: neither an overly engaging thriller, nor a world-changing economic model to adopt.
Read more
14 people found this helpful
Helpful
Report abuse

Stein-67
5.0 out of 5 stars A must read book
Reviewed in the United States 🇺🇸 on March 3, 2022
Verified Purchase
I read a lot of books and this is one of the best books I’ve read in a long time. If you lean right or left, are old or young, rich or poor this is a book I would recommend to anyone. The book really makes you think.
Read more
Helpful
Report abuse
See all reviews

Mahmoud Nahawandi
4.0 out of 5 stars Good read, great tempo,
Reviewed in Germany 🇩🇪 on April 12, 2021
Verified Purchase
but a bit sloppy towards the end for my taste.
The question left unanswered, how many times can we provide proof over and over again, before people finally start to accept, that capitalism doesn't work for the vast majority of people? There is nothing new to this fact and it is just embarrassing, that the main reply always is, that there is no other system, so why not inventing one? Good examples are around a lot, money is around to be invested in rubbish ideas, why not using some resources for something useful for once?
Read more
One person found this helpful
Report abuse

Kindle Customer
3.0 out of 5 stars Too much of one thing
Reviewed in India 🇮🇳 on January 16, 2021
Verified Purchase
The whole book is based on one concept only
. From start to end, they tell us only one thing
Read more
Report abuse
See all reviews
Report an issue
Does this item contain inappropriate content?
Report
Do you believe that this item violates a copyright?
Report
Does this item contain quality or formatting issues?
Report