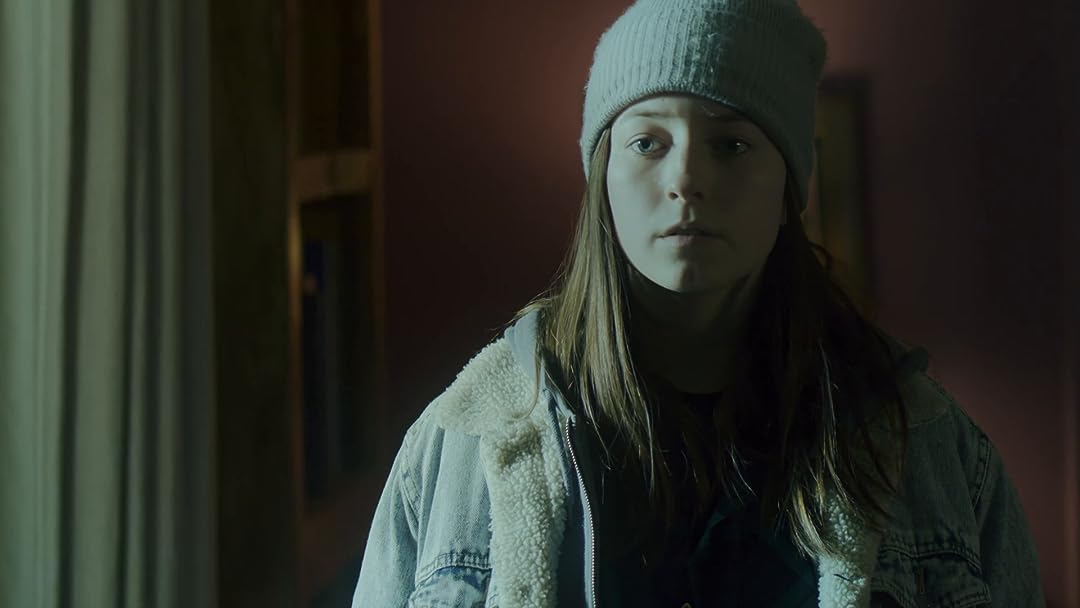 (24)
5.31 h 45 min202118+
A troubled musician lives in self-imposed isolation until a chance meeting lures her into a potent mystery, tied to the unexpected appearance of a wayward teen girl and an enigmatic stalker who lurks in the shadows of her every move.

Rocko3Reviewed in the United States on February 6, 2022
4.0 out of 5 stars
****This is an excellent film about the harshness of human nature
Verified purchase
Although the story is uncomplicated, the human side of it is more than enough to keep you interested all the way through. The script is well written, and shows us how anger can raise its ugly head even when we least want it to. There are sweet and loving moments through out this, though. I really like the way the story plays out with plenty of details. Acting is awesome by the main protagonist. The young lady does a fine job as well. Please support this movie, as it is well worth the watch!!!!
2 people found this helpful

Maureen A. ForresterReviewed in the United States on January 14, 2022
1.0 out of 5 stars
Not even 1 star
Verified purchase
10 minutes into this debacle I had to give up. It's just plain awful.
3 people found this helpful

Barbara GarabedianReviewed in the United States on October 8, 2021
5.0 out of 5 stars
Absolutely Better Then I Thought😀
Verified purchase
After Over 15+ Years Being The Biggest Katharine Isabelle of All Time & My All Time Favorite Actress of All Time…

Andrew SternickReviewed in the United States on January 26, 2022
5.0 out of 5 stars
Emotionally weighty and visually lush
Verified purchase
Hats off to writer/director. This film hits a lot of right notes. The leads play off each other really well. Simone, the alcoholic writer / metal head with a dark past, is portrayed with empathy, but not too much; there are moments she is hatable, sweet, pathetic, or warm. “The Kid” is a really remarkable screen presence. There is a dollop of mysticism but not enough to shake loose the focus of the film. And it is a visual feast, all shot on the directors estate in Ireland.
One person found this helpful

christopher e.Reviewed in the United States on March 7, 2022
5.0 out of 5 stars
subtle hidden gem
Verified purchase
This is a excellent movie with phenomenal acting. Creates a subtly mystical mood that keeps you hooked. There is slow, uneven, uncertain redemption of characters involved which is more like real life not hollywood style fluff. The main character does many negative things along the way, yet still we root for her. Great writing and cinematography. Loved this movie.

B&S About MoviesReviewed in the United States on August 13, 2021
4.0 out of 5 stars
Loved this!
Simone (Katharine Isabelle, Ginger from Ginger Snaps and the titular character of American Mary) has disappeared from life. Once, she was a heavy metal singer named Sim Chaos — metal is infused in every scene of this movie, from the shirts that characters wear to the music on the soundtrack from bands like Hazel Doupe. Sacrilegia, Malthusian and Vircolac — and an author whose first book was a huge success.

Now, she lives in a house that looks like its becoming run down, with most of her life in boxes and her days revolving around how much vodka she can get her hands on. One night, she accidentally hits a teenager in a drunk driving accident. That girl, who is only called Kid for the majority of the film’s running time and is played by Hazel Doupe, is actually the character in the book that Simone has been struggling to write since a massive tragedy destroyed her life.

In Simone’s dreams, the Kid is chased by old men through an abandoned factory. She also has dreams of the face of a man, a hunting accident and her bloody hands. Even when she tries to go on a date with a well-meaning mechanic, hearing the rumors about her from the locals in the small Irish town that she’s run away to drives her to go overboard with her drinking.

Director Randal Plunkett takes a story that could have meandered in sentimentality and delivers a supernatural take on the process of self-forgiveness. Isabelle is supercharged as the lead, as she has no concern with coming off as someone you would like to be around, yet you slowly get behind her and cheer on her personal growth.

I was completely unprepared for this movie and the emotional power that it owns. This is the kind of movie that we need more of, a gorgeous yet dark examination of life that’s seen through the lens of the fantastic.
7 people found this helpful

Rebecca GableReviewed in the United States on February 13, 2022
1.0 out of 5 stars
Green Muck
Don't waste your time--a dark & rather dumb movie.
See all reviews
Back to top
Get to Know Us
Make Money with Us
Amazon Payment Products
Let Us Help You
EnglishChoose a language for shopping. United StatesChoose a country/region for shopping.
© 1996-2022, Amazon.com, Inc. or its affiliates