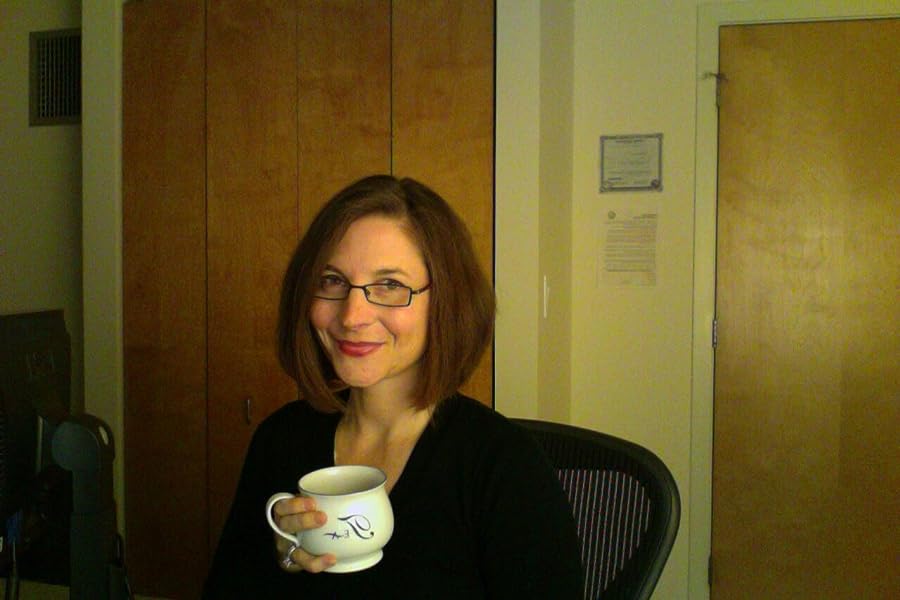 by C. Gockel (Author)
4.7 out of 5 stars 23 ratings
Book 3 of 5: Urban Magick & Folklore
See all formats and editions
Sorry, there was a problem loading this page. Try again.

Once upon a time, in our ordinary world, there was a grandmother.

She was reborn as a Vampire in a world of Magick.

The grandmother de-aged. Her ailments healed, her body became strong, and her wrinkles faded.

Her wisdom, however, did not diminish. She knew monsters need monstrous names so they never forget the monsters they are.

She named herself Grendel, after the medieval haunter of borderlands and drinker of warriors’ blood, slain by the hero Beowulf.

The name seems appropriate. Grendel the Grandmother haunts the borderlands and drinks the blood of (mostly) evil warriors.

But in a Magickal world, names don’t just have meanings, they are prophecies.

And a new hero is rising. He has been molded since birth to fight evil, and been given the tools and skills to vanquish the most insidious evil of all: Vampires.

His name is Beowulf, and he’s coming for Grendel.

C. Gockel has been writing stories for her friends and family since the dark ages (i.e., before word processors existed.) A few years ago, she started posting those stories to the intertubes. She received emails, messages, and reviews from her fans telling her she should 'do this professionally.' She didn't; she is a coward and life as a digital designer, copywriter and coder is more dependable. But in the end, her husband's nagging wore her down: "You could be the next '50 Shades of Gray' and I could retire!" Unfortunately, the author writes science fiction and fantasy, and isn't particularly good at writing erotica. She is sad about this; she'd love for her husband to be able to retire and just work for her so she could nag him.

At the moment, Ms. Gockel is working on the next installment of the Archangel Project.

Ms. Gockel loves to hear from readers. She can be reached by email at: cgockel.publishing@gmail.com

Sarah
5.0 out of 5 stars Enemies to Lovers; slow burn; realistic, complex
Reviewed in the United States 🇺🇸 on October 14, 2022
I love this author. You don't have to have read anything else by her in order to enjoy this book, but the Easter eggs in here are brilliant. There are 2 other books in this universe, but you really could start here (I'd personally recommend going to Snow So White, first though.) Snow is where you meet Grendel for the first time as a fairly psychotic and extra old vampire. She's hilarious. And is really the reason any of the main characters have any level of success.
But in THIS book, she is de-aging (totally normal vampire behavior) and rediscovering parts of herself she thought were lost forever. She doesn't love that - finds it massively inconvenient, actually - and that makes the interplay between Grendel and Beowulf wonderfully complex.
Grendel is great. Funny and quirky and wise. I just love her. Bayo (vampire hunter that he is) is not my favorite hero. I'm ready for him to mature and stop making Grendel pull him along with her vampire powers bc he's feeling worried or insecure - that's a bad look, Bayo! However, in his clarity and drive...there is something beautifully innocent and pure and I love that for Grendel and what it means for her in a relationship. And I think his growth is about to go turbo in the next installment. So I'm hopeful at what comes next for these two.
Gockel excels at writing complex and thoughtful narratives. This one is a true romance (my personal favorite). We've got her hallmark contrasts and questions she pulls her characters through which makes her writing so much richer than a lot of the fantasy romance out there. We're contrasting order, freedom, life, death, chaos and creation and I have every reason to believe these themes will grow in tension and complexity with the next book: Mother of Monsters.
This is a wonderful addition to Gockel's body of work!
Read more
One person found this helpful
Helpful
Report abuse

Wynni FitzGibbon
4.0 out of 5 stars Page Turner Ahead
Reviewed in the United States 🇺🇸 on October 1, 2022
The adventure continues in fine fashion with fully realized characters and a very well paced plot. We discover more about Grendel' immediate past, and someone should have thought through exactly what naming a child Beowulf would invoke.
Read more
Helpful
Report abuse

Jan Niblock
5.0 out of 5 stars Love watching characters mature
Reviewed in the United States 🇺🇸 on October 11, 2022
I truly love how Ms. Gockel takes a story we all know and turns it on its side. In many cases, you find a character that you should not like to be the one you really love. It is great to watch the characters grow both intelligently and morally. Grendel thinks of herself as a monster and you watch her slowly come into one of those characters you love. Bayo (Beowulf) was raised in a cult and begins to see that some things he believed as true, maybe were not true.

I have to say that this story was not what I expected and the journey the reader goes on is one that is exciting and unexpected. Bayo has come to kill Grendel and she knows it. She calls him Nemesis throughout the story because she knows the tale of their namesakes. I really enjoyed how she handled Bayo throughout the story.

Bayo is now on the journey that he was fated to do which is to find and kill Grendel. That fate was given to him when his father named him after his birth. He grew up in a cult that looked like a religion and was taught all vampires were evil and needed to be killed. He totally believed that they were all blood thirsty and lusted for power. When he goes off to find Grendel is the first time he leaves the country/states where he was born and raised. This new adventure opens him up to new ways of thinking.

When these two characters meet and end up forming an allegiance of sorts, you start to see them both grow. You get caught up in their adventures and find yourself, as the reader, rooting for them. I cannot say much more without giving away spoilers. This story is well worth reading. I cannot wait for the next book.
Read more
One person found this helpful
Helpful
Report abuse

momofsporefan
VINE VOICE
5.0 out of 5 stars Loving Grendel & Beowulf
Reviewed in the United States 🇺🇸 on October 31, 2022
C Gockel has an incredible way of adding her own flair to stories you already know, breathing new life into them. She brings glimpses of current issues into these fantasy stories that get you thinking. Here we have Grendel and Beowulf who are supposed to be sworn enemies. Here’s what happens when they find they have common goal and not everything they thought they knew was correct. I was entertained from beginning to end and am looking forward to more of their story. C Gockel’s books are ones I read more than once, and each time I get a little more out it.
Read more
Helpful
Report abuse

RetUPSer
5.0 out of 5 stars Too much fun!!
Reviewed in the United States 🇺🇸 on October 12, 2022
I was excited to receive my ARC copy of Grendel & Beowulf 2 days before I was scheduled to make a 9 hour flight. Between the waiting around the airport and the flight itself I’d have something good to keep me occupied. I thought I should maybe take a peak and make sure my Kindle copy loaded correctly. Long sorry short instead of reading a good book on my flight I ended up watching 4 movies. Why you might ask? Simply put from word 1 I was hooked and finished the book before I even started my trip!

I recommend when you decide to start reading you make sure you have enough time available to read the whole thing, because once started you’ll find it hard to put down.
Read more
Helpful
Report abuse

Amazon Customer Michele
5.0 out of 5 stars Loved It!
Reviewed in the United States 🇺🇸 on October 16, 2022
The characters are great! Beowulf is not at all what I expected. He is a gentle giant. They have great adventures together! I received this book as an ARC copy.
Read more
Helpful
Report abuse
See all reviews