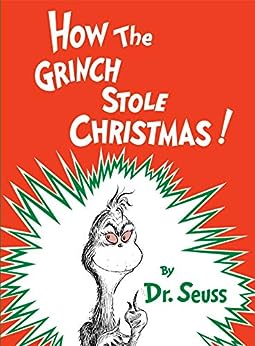 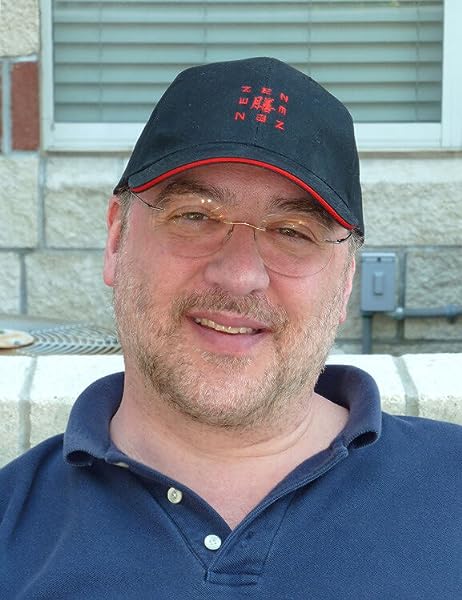 by Dr. Seuss (Author) Format: Kindle Edition
Part of: Classic Seuss (30 books)
See all formats and editions
Sorry, there was a problem loading this page. Try again.
Grow your heart three sizes and get in on all of the Grinch-mas cheer with this Christmas classic--the ultimate Dr. Seuss holiday book that no collection is complete without!

Every Who down in Who-ville liked Christmas a lot . . . but the Grinch, who lived just north of Who-ville, did NOT!

Not since "'Twas the night before Christmas" has the beginning of a Christmas tale been so instantly recognizable. This heartwarming story about the effects of the Christmas spirit will grow even the coldest and smallest of hearts. Like mistletoe, candy canes, and caroling, the Grinch is a mainstay of the holidays, and his story is the perfect gift for readers young and old.

You're a mean one, Mr. Grinch. But are you rotten enough to ruin Whoville's Christmas Whobilation this year, even after Cindy Lou Who nominates you to be the Cheermeister of the event? Based on Dr. Seuss's wacky and wonderful classic picture book, How the Grinch Stole Christmas and the motion picture screenplay of the same name, this novelization elaborates on the story of a holiday gone awry. Little Cindy Lou Who, her cheerfully dopey dad, Lou Lou Who, her semi-delinquent teenage brothers Stu and Drew Lou Who, the Martha Stewartesque Martha May Whovier, and the nastiest, most cynical, evil-hearted Grinch around star in this Christmas comedy. Seventeen color photos from the film are included. (Ages 8 to 12) --Emilie Coulter --This text refers to an out of print or unavailable edition of this title.

gest-size novelization of the hip, live-action hit movie of the Dr. Seuss classic <i>How the Grinch Stole Christmas!</i>, starring the one and only Jim Carrey as the Grinch.<br><br>The movie script goes beyond the events of the stolen Christmas, all the way back to the beginning in Who-ville--where the Grinch grew up--and explains how and why he came to hate Christmas so much that, finally, one year, he had to stop it from coming. Told in the first-person voice of the Grinch himself, this is rib-ticklingly funny, irreverent, and ultimately touching. This is the movie--and the movie tie-in--of the holiday season. <br><br>An eight-page full-color photo insert is included. --This text refers to an out of print or unavailable edition of this title.

The classic children's story of Christmas in Who-ville and the Grinch's attempt to steal it. --This text refers to an alternate kindle_edition edition.

"My son is partial to this brand-new edition, but he cannot have it, it is all Mama's. It contains everything a Grinch addict like myself could possibly want, including info on his international appeal..., details about the route Dr. Seuss (aka Theodor Geisel) took in creating the Grinch (he wanted to combine Santa, his reindeer, the Stork, the Sandman and the Boogeyman -- why mess around with so many characters when one would do?), and background on how Chuck Jones storyboarded the book. The old drawings are spectacular." --WackyMommy.org, 11/09/2007 --This text refers to an alternate kindle_edition edition.

A children's classic story comes to life through this giant floor puzzle with oversized pieces. When assembled, children will enjoy a 2' x 3' Dr. Seuss image of this favorite story. --This text refers to an alternate kindle_edition edition.

Charles D. Cohen's trove of Seussiana is likely the most comprehensive in the world. Items from the collection have been on display at the National Dr. Seuss Memorial in Springfield, Massachusetts, and at the Children's Museum of Manhattan. He is the author of The Seuss, the Whole Seuss, and Nothing but the Seuss. He lives and practices dentistry in South Deerfield, Massachusetts.


From the Hardcover edition. --This text refers to an alternate kindle_edition edition.
Read more

Amazon Customer
4.0 out of 5 stars Typo in book. Chimbley should be chimney
Reviewed in the United States on January 12, 2020
Would be 5 stars if the grinch stuffed the bags up the chimney!! What’s a Chimbley? How can a classic get messed up like this??
Images in this review

Vina
5.0 out of 5 stars It’s Dr Seuss
Reviewed in the United States 🇺🇸 on November 23, 2022
Verified Purchase
Book comes with no wrapping but it was in new condition like advertised so I can’t complain. Very nice book a classic. Love it and the price was awesome as well. I got it for my classroom.
Read more
Helpful
Report abuse

Amazon Customer
4.0 out of 5 stars Annoyingly larger than all the other Dr. Seuss Books
Reviewed in the United States 🇺🇸 on November 17, 2022
Verified Purchase
The book itself is fine. The only issue is that it is significantly taller than all the other Dr. Seuss books, causing a slight annoyance, when trying to keep them together as a set—c’est la vie.
Read more
Helpful
Report abuse

Bailey Girl
5.0 out of 5 stars Wonderful Book!
Reviewed in the United States 🇺🇸 on October 17, 2022
Verified Purchase
This is a terrific book for children and adults of all ages. It tells such a great story.
Read more
Helpful
Report abuse

RowlettBoomer
5.0 out of 5 stars My grandson loved this
Reviewed in the United States 🇺🇸 on July 9, 2022
Verified Purchase
Grandson asks to have this read to him many times, even if it is not Christmas. : )
Read more
Helpful
Report abuse

Rebecca Estrada Hull
5.0 out of 5 stars Great Fun!
Reviewed in the United States 🇺🇸 on July 10, 2022
Verified Purchase
You have to read this classic if you like the animated movie.
Read more
Helpful
Report abuse
See all reviews

Bumbalino
5.0 out of 5 stars So much better then the dreadful film
Reviewed in the United Kingdom 🇬🇧 on December 5, 2014
Verified Purchase
Reading this to my four and six year old at Christmas time brings a lump to my throat. So much better then the dreadful film.
The revelation that:
'Maybe Christmas' he thought 'doesn't come from a store'
Maybe Christmas perhaps...means a little bit more!'
...beautiful (and a tiny bit sentimental)

cf
5.0 out of 5 stars Feel good Christmas book - loved it.
Reviewed in the United Kingdom 🇬🇧 on December 8, 2015
Verified Purchase
Excellent. Having not read this myself as a child, I was looking forward to reading it for my 4 and 5 year olds. Not only do they love it, but their mother does too! Lovely Christmas story, well told, with clever rhyming. I'm not a fan of all the Dr. Seuss book, but this one if up there with 'The Cat in the Hat' for me.
Read more
2 people found this helpful
Report abuse

daisys mum
5.0 out of 5 stars Maybe Christmas means a little bit more
Reviewed in the United Kingdom 🇬🇧 on July 8, 2016
Verified Purchase
My daughter (age 3) is really into readying stories together so I bought this for her to read with me over Christmas, it's a really nice alternative to the usual Christmas stories and now one of our family favourites. We will be getting this book out to read for many Christmases to come.
Read more
Report abuse

flamingoford
5.0 out of 5 stars Great read!
Reviewed in the United Kingdom 🇬🇧 on January 3, 2012
Verified Purchase
I used this book with a year 5 class around Christmas time, it was enjoyed by all of the class. Even though it is a simple book the children liked to guess the ending to the rhyming words.