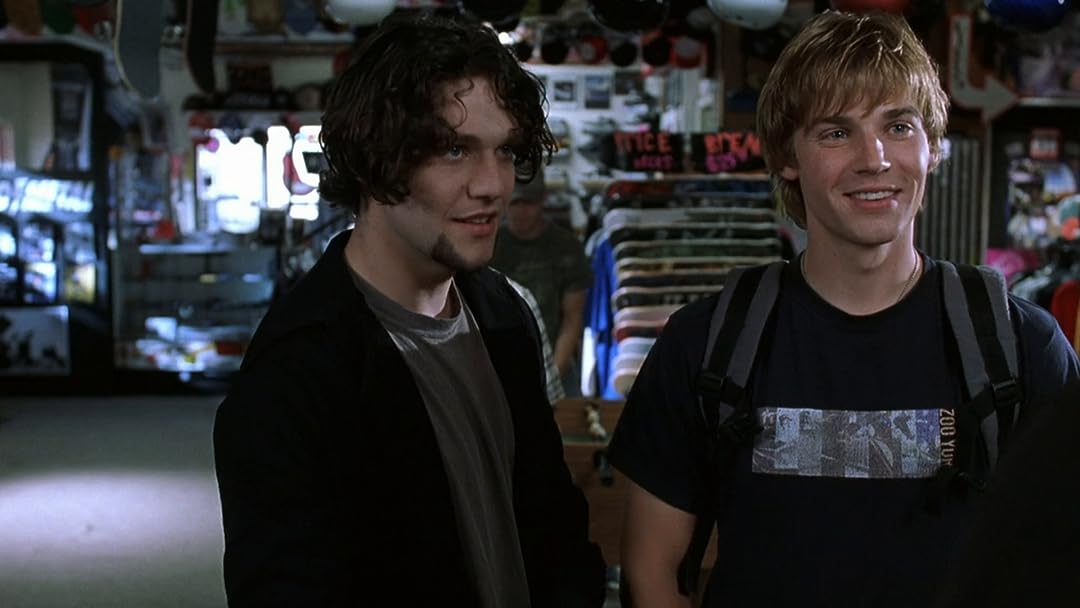 (718)
1 h 44 min2003PG-13
While the rest of his high school graduating class is heading to the same old grind of college, skateboarder Eric Rivers and his best friends, Dustin, a goal-oriented workaholic, and misfit slacker Matt have one last summer roadtrip together to follow their dream of getting noticed by the professional skateboarding world--and getting paid to skate.

Stang_drifter15Reviewed in the United States on August 3, 2018
1.0 out of 5 stars
Not a TRUE DVD movie but a burned copy on a DVD-R with printed label
Verified purchase
I recently bought both this dvd movie and another (Airborne) & (Grind) and what i received was not a standard DVD but a COPY of this movie. Literally a burned copy (as if someone burned it from their home computer onto a DVD-R) and had a printed label slapped on it. When i ordered this DVD, i expected it to be a true DVD along with he items printed on the DVD as if it would be for any movie - to top it off, the movie did not play on one of my DVD players but does play on another - There seems to have been some other stuff that was also downloaded with the movie but the quality wasn't all the great either. ( i certainly understand quality dependent on the age of the movie but as this was a copy i feel ripped off)[[ASIN:B01LTHXLXU Grind (2003)]]
16 people found this helpful

B. LewisReviewed in the United States on March 17, 2016
5.0 out of 5 stars
Grind Is A Great Movie, A Time Stamp For Early 2000s & Great Cast!
Verified purchase
Grind is a great movie and a time stamp of the early 2000s. Great casting, all of the guys are hilarious and good actors. Just like American Pie I'd love to hang with these guys, they are great buddies. It's a great mix of skateboarding, awesome rock music and hilarious "frat boy" humor. I get a little sad watching it, those were great days, a more innocent and laid back time. Really takes me back.

Actors Mike Vogel and Adam Brody became big actors. Vince Vieluf is HILARIOUS and stole the movie, as he did in Rat Race movie. He's the standout like Stifler in AP. But the actors are great and all compliment each other.

I saw Grind on cable years ago and loved it right away and it's still great to this day. I'm glad to finally own and in a few weeks I have already watched it twice. Once in regular, another in commentary. Watching it with commentary was great, all of the guys (except with just one I believe) reminisce and tell secrets/things behind the scenes. I HIGHLY recommend Grind movie!

KelsiReviewed in the United States on April 6, 2008
5.0 out of 5 stars
A Comedy, Not A Life Changing Film
Verified purchase
How much depth does this movie have? Umm, about as much as your soap dish. But don't let that discourage you from at least giving this movie a shot.

Grind is funny and charming. Any kid who's just finished high school can relate to the spirit of this film. It follows four skateboarding boys in their quest to get sponsored. It's a movie about chasing your dreams and having fun while your doing it. Anyone who likes skateboarding and teen movies should definitely see this film.
4 people found this helpful

HaileyReviewed in the United States on April 27, 2022
5.0 out of 5 stars
Great movie!
Verified purchase
Came quick! Also quality was awesome! Not sure why there are reviews saying is a fake dvd. Mine was real so I’m not sure what happened with other orders. Highly satisfied. Only downfall is it’s fullscreen but it’s also an older movie so that’s not too much of a surprise! Watched it as soon as it arrived and it played great!

CodyReviewed in the United States on April 14, 2022
3.0 out of 5 stars
A burned copy
Verified purchase
Not the true Grind dvd, a burned copy but still very watchable. Had I known it was a burned copy I wouldn’t had paid $20 for it. All in all satisfied though cause I love the movie. Watches fine and quality as it was back when it came out. Will not full screen on bigger TVs because of the size the movie was made in, was hoping this was an actual version in hopes for better quality.

Justin HedgesReviewed in the United States on December 2, 2021
5.0 out of 5 stars
This Movie Was My Teenage Years!
Verified purchase
Loved this movie & after I first seen this i became a skateboarder!

chrishatlerReviewed in the United States on December 9, 2017
5.0 out of 5 stars
One of the greats.
Verified purchase
Such a great movie, even after 100 something watches, it's still a good laugh and solid push to go after whatever you want. Haha. This movie hasn't seen enough love for what it is.
4 people found this helpful

JacobReviewed in the United States on September 16, 2016
5.0 out of 5 stars
It don't get better than this!
Verified purchase
Nothing but a good time. There is no more iconic movie for the skaters of the early 2000's. It takes you back to good days and good times with friends. With fun, humor, drama, romance, and brotherhood, this movie provides perfect all around entertainment. Not to mention sweet tunes.
4 people found this helpful
See all reviews
Back to top
Get to Know Us
Make Money with Us
Amazon Payment Products
Let Us Help You
EnglishChoose a language for shopping. United StatesChoose a country/region for shopping.
© 1996-2022, Amazon.com, Inc. or its affiliates