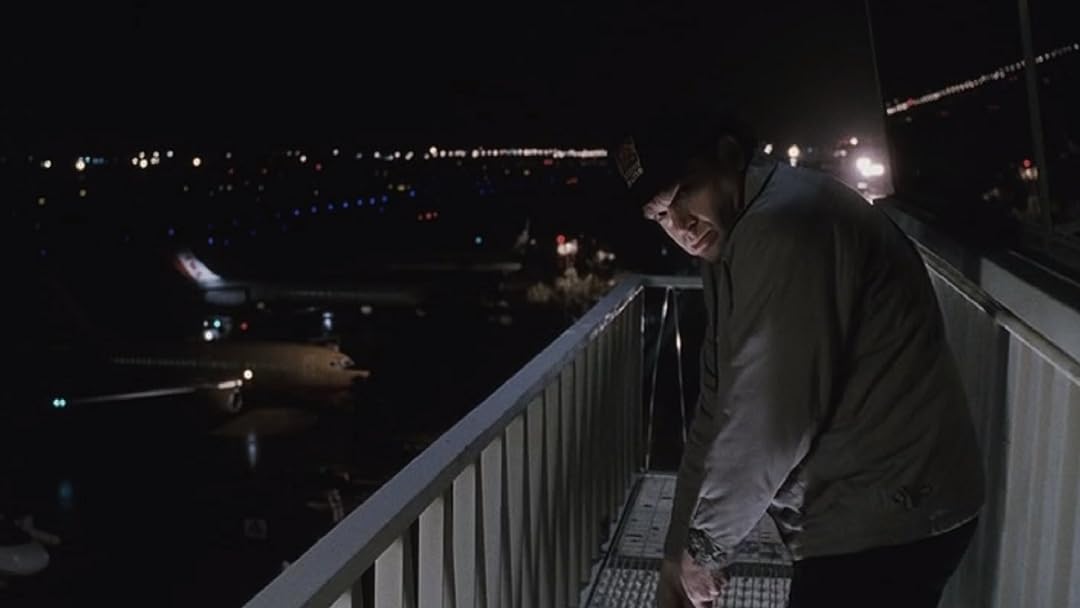 (357)
1 h 37 min1999PG-13
Harris was an air traffic controller, until one terrible accident changed everything. Jack has been haunted by the pilot's last words, and he is called back into action when a storm hits the sky; forcing him to step up and save lives.

BleachReviewed in the United States on July 19, 2016
1.0 out of 5 stars
low production value and no technical Direction? This is your film.
Verified purchase
Omg. Who was the technical director? I'm all about suspension of disbelief, but total reality? Every single scene was a complete study in b to the s. There is no way an air traffic controller would leave for years and then just drop in and start controlling air traffic. They work in centers, not airports. There are dozens and dozens controlling much smaller pieces of sky. And what about this part where he's having flashbacks? He would be removed immediately. Broken air traffic control equipment that shuts itself off and then comes back after minutes? This would be front-page news for days. Air Traffic Control leadership is not pressured into accepting more work. Can you imagine what this would be like if it made the front page of the paper? As a backup, when the air traffic control centers lose control of their airspace, aircraft are instructed to land at the nearest airport. They would switch to airport local frequencies and get clearance from approach control and air traffic control Towers. People are not left stranded in the air because they can't communicate with an air traffic control center. Planes
don't fall out of the sky because they can't talk to air traffic control. Pilots are trained to land on runways, Fields, roadways, interstates. The biggest technical error is anyone with mental problems of any kind would never be allowed anywhere near an air traffic control center. Let alone one with the door wide open no security at all or air traffic controllers are constantly running out to gather their wits. This is a bad episode of 24 with no script. This must have been During the period where Kiefer Sutherland was drinking too much. He didn't understand the low production value and terrible script.
16 people found this helpful

VolauventReviewed in the United States on September 12, 2020
3.0 out of 5 stars
I was doing okay until...
Verified purchase
Yes, the liberties taken with how things work in the control tower were plain outta sight. One reviewer referred to "control centers", but I've never seen one. I have been in airport control towers, though, but only because I was invited, and while there may be some tense moments, nobody lets on while they are working the planes. When you're up there, it can be hard enough to understand what's being said without hearing stress.

And the guy in the Cessna didn't know what a transponder is? Uh, no - he did not get his license from the FAA or any other accredited entity in some other country. Yeesh.

But, all things considered, I did enjoy myself and if you just want to have a fun time, go ahead and watch it. Just keep in mind that it's about as far from real as you can get. Oh, and if you have ever seen "Airplane", watch the hair on the newbie controller as the plot moves along.

SPOILER ALERT
My jaw only dropped a millimetre or so watching the shenanigans going in that tower until we got to the part where the pilot in the troubled airplane apparently was unaware that he could control the direction of the plane with thrust to the right engines and then the left. Really. And no one in the tower was aware either. Sigh.

I was taught to fly straight, without a stick, rudders only, and to change direction in a twin using alternate engine power. It's kinda' like learning to fly 101. Granted, the pilot did need instructions from the tower to maintain the right headings, but then he spots the blazing lights of the runway and is off to the left of center. Sorry, if you're an airline pilot, you have more tricks up your sleeve than McGyver.
One person found this helpful

Greg B.Reviewed in the United States on January 18, 2020
1.0 out of 5 stars
No Reality Here!
Verified purchase
Dont believe this crap. Air Traffic Control is about safety first. I've been retired and out of it for 16 years now and know that this would never happen. There are procedures and backups for EVERYTHING!. You will not lose power for more than 1/2 a second and if you do lose the Radar there are non-radar procedures. Dont worry folks, the skies are safe
6 people found this helpful

errin spellingReviewed in the United States on July 26, 2019
5.0 out of 5 stars
I was afraid to fly before, now I am terrified.
Verified purchase
This was an exciting movie. You learn to understand what air traffic controllers went through, in those days. I remember it was the job that had the most heart attacks.The acting was wonderful. Very believable. Not only do you have to worry, if the plane is in good shape, and the pilots aren't sociopaths, who may kill everyone ,or they are drunk, you have to worry about the electricity in the tower and if they have the right equipment, storms, narcissist controllers, or guys who may lose it,one day, because of all the pressure.
5 people found this helpful

F.HoffmanReviewed in the United States on June 14, 2016
2.0 out of 5 stars
Don't waste your time.
Verified purchase
One of the most poorly written, least believable films I have ever seen. Everyone is a caricature, not a person. The new female controller is absolutely clueless, the young ace controller is swagger personified, and the bureaucrats are... well, bureaucrats. Bad weather, electrical problems, and extra traffic set up the controllers for failure. Speaking of failure, shouldn't they have a backup for something as important as the radio system? First the computer breaks and is repaired, then the radio breaks and is repaired, then the radar... don't they ever do maintenance? Kiefer Sutherland is not known for subtle acting, and in this film he is true to form. His character gets flashbacks always at exactly the wrong times. Everyone's acting is so even and lame that If it wasn't for the music we wouldn't know what was happening. Not funny or suspenseful: just Stupid, Stupid, Stupid.
9 people found this helpful

Nigel TufnelReviewed in the United States on March 16, 2020
1.0 out of 5 stars
Even the title of the movie is wrong
Verified purchase
Keifer was not manning Ground Control position; he was working Departure Control. I didn't/couldn't get through the whole movie, so maybe he went back to the tower to work the Ground Control position. I betting he didn't. The one star (a good thing) goes to the beginning credits, where they showed a nice variety of aircraft: Airbus A320, Boeing 747, 757, 777's. Even a lovely ole DC-10 made it. I would have watched two hours of that, instead.

This film is a do-over of a film called Crisis In Mid Air from 1978, a made for tv movie that was actually pretty good. Much better than this flick. It's for sale on DVD on Amazon.

Charles HandReviewed in the United States on June 8, 2016
3.0 out of 5 stars
"Airplane", only serious.
Verified purchase
It was not a bad little diversion of a movie. Highly predictable (I kept thinking of "Airplane"). I'd give the story a C, and I'd give the writing a B, but there were some truly great actors who pulled it through despite all that. Bruce McGill, Henry Winkler, Keifer Sutherland, and a guy I thought did a fine job, Robert Sean Leonard. It's interesting to watch these fine actors wrest a degree of life out of the lifeless script. I'd say McGill and Winkler rescued this movie from mediocrity. Sort of a grade C movie with several grade A cast. A movie like this, I don't mind that it's highly predictable, in fact a movie like this I actually prefer it. You may want to watch "Airplane" before or after this movie, just to maintain a proper frame of mind.
2 people found this helpful
See all reviews
Back to top
Get to Know Us
Make Money with Us
Amazon Payment Products
Let Us Help You
EnglishChoose a language for shopping. United StatesChoose a country/region for shopping.
© 1996-2022, Amazon.com, Inc. or its affiliates