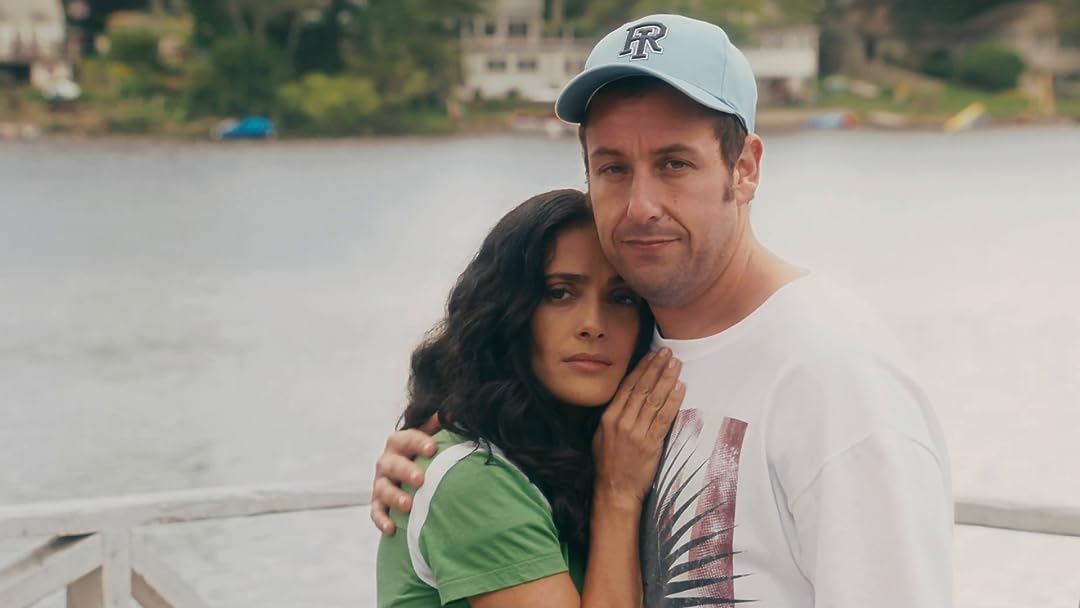 Kyle R. JohnsonReviewed in the United States on November 11, 2019
1.0 out of 5 stars
Maybe The Worst Movie Ever
Verified purchase
This might just be the worst movie ever.

It's pretty clear Adam Sandler and the gang are just phoning it in on this one. There's a lot of one liners (mostly extremely cliche, juvinile, or both) that go nowhere. There's basically no plot, just a series of situations set up for the convenience of the comedians. No character development. Basically an empty shell of a movie filled with terrible, cheap jokes.

I didn't check to see if anyone got a writing credit for this one (hard to imagine someone actually PLANNED this dumpster fire), but if someone did they should be embarrassed for this shoddy piece of "work".

DanielReviewed in the United States on June 7, 2020
1.0 out of 5 stars
Made the Mistake of Finishing the Movie
Verified purchase
I got distracted with a personal matter and quit this movie about halfway through. A couple days later I noticed it said 'Continue watching', and so I did. When the movie came to its merciful conclusion, I felt like a bad drunk who had been given an opportunity to quit wasting my life but instead threw it away for one more cheap drink. So, to quash a temporary moment of boredom, I fell back into the meaninglessness that is this movie and I have nothing to show for it.

Don't be a sad wasteful drunk. Watch anything else.

JessicaReviewed in the United States on December 29, 2019
1.0 out of 5 stars
Don't rent this.
Verified purchase
Consider yourself warned! Literally one of the worst movies I have ever seen. We couldn't even finish watching it. Normally I like cheezy, get-the-gang-back-together movies, and I hoped this movie would be a light-hearted, funny, feel-good movie. Unfortunately the humor was old & predictable, mainly consisting of one line jokes making fun of each other. The plot was also really boring. Learn from our mistake. Save yourself the pain. Don't rent this movie.
14 people found this helpful

Jessica TaylorReviewed in the United States on December 3, 2020
5.0 out of 5 stars
THE BEST SHOW EVER!!!!!!
Verified purchase
its so funny and has common sence i probably spelled that wrong lol any way its so funny and not sad there is sometimes where i die laughing at it it deserves an all star award or somthing i have watched it more than 100 times if you dont like it yo==then your crazy or a syco eiather way its the best movie ever worth paying for
7 people found this helpful

AndrewReviewed in the United States on September 16, 2019
1.0 out of 5 stars
10 minutes in I wished I had my $5 back
Verified purchase
I thought, "I like Adam Sandler so this will probably be decent." Nope. I didn't realize he brought every failed actor from his time at SNL to this movie. It's cringey as can be and just lame and boring. The music and characters are stereotypes I wouldn't want associated with anything. We watched about 15 minutes of a movie I had to fight for, and then I lost the privilege of selecting our date night movies, potentially forever. Thanks for that Grown Ups.

Save your money and your marriage. Choose something else.
11 people found this helpful

RWarrenReviewed in the United States on May 4, 2017
5.0 out of 5 stars
Funny every time you watch it!
Verified purchase
I LOVE this movie, definitely one of my favorites that I can watch over and over. Keeps you laughing non-stop. Only downfall wasn't with the movie, but the digital copy wasn't valid and couldn't be redeemed because it expired in 2015.. I seriously just had this movie delivered to my doorstep today. Luckily Vudu offers disc to digital scanning for $2 so I could add it to my digital library. Regardless, Amazon had a great price so I didn't mind spending the extra $2.
20 people found this helpful

joel wingReviewed in the United States on August 7, 2021
3.0 out of 5 stars
Sandler got his friends together and made a family film
Verified purchase
Adam Sandler got some of his friends together and made a family movie. It really was a group effort as each character got their moments and it wasn’t just one either. There’s jokes about each other and their families along with some physical humor as well. Nothing ground breaking but it’s entertaining.
3 people found this helpful

teols2016Reviewed in the United States on June 22, 2014
5.0 out of 5 stars
What a Reunion!
Verified purchase
Adam Sandler reunites with the co-stars of his past. This includes Kevin James, Chris Rock, David Spade, and Rob Schneider, along with a number of other SNL alumni. It's too bad the studio got an actor and comedian as talented as Blake Clark to play the basketball coach. His character's death being the focal point of this film's plot means we actually got to see very little of him in person, but he thankfully left an impact on the project, brief as his on-screen appearance was. I was also a bit disappointed to see Rob Schneider taking on the sometimes-used Sandler "joke" of bedding much older women...could have done without that. But overall, the cast was great, satirizing American families from multiple different social circles as they all spend a weekend at a lake house together. Many jokes used against the actors' past characters came up (i.e. Kevin James's weight), but it was all in good fun. Sure, some aspects were corny, but the film came together as one of the better projects for many of its cast members. It also offered a nice change of pace from the comedies we see so often today which require an obscene amount of slapstick humor to "work". While it has its faults, this is a pretty good movie. Enjoy.
15 people found this helpful
See all reviews
Back to top
Get to Know Us
Make Money with Us
Amazon Payment Products
Let Us Help You
EnglishChoose a language for shopping. United StatesChoose a country/region for shopping.
© 1996-2022, Amazon.com, Inc. or its affiliates