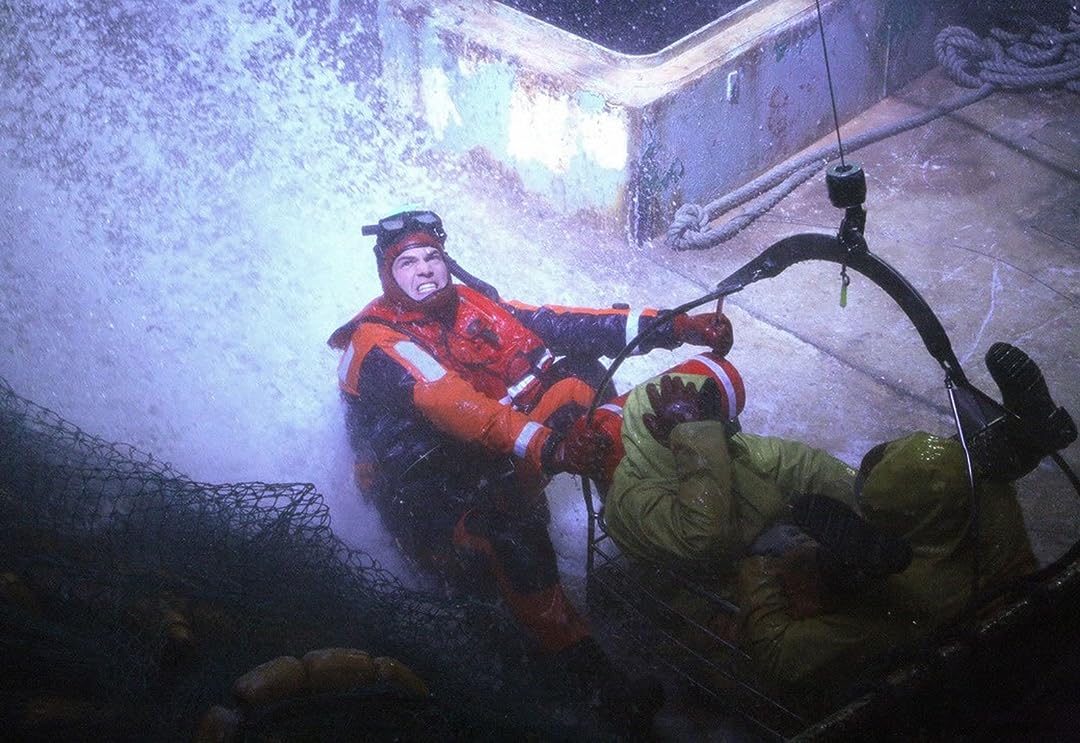 (9,764)6.92 h 19 min2006X-RayPG-13
Action-packed drama that takes you inside the never-before-seen world of the elite Coast Guard Rescue Swimmers. Reeling with grief from a mission gone tragically wrong, a legendary swimmer is given a mission he doesn't want -- training raw recruits.

BAT-505Reviewed in the United States on June 29, 2019
5.0 out of 5 stars
A great movie to watch and learn from you will not be disappointed
Verified purchase
This is truly a great movie about the Coast Guard and all of the performances are great.. especially the ending of the movie which will always leave you with a thought ..when you are out at seas and, faced with a life-or-death situation.. just remember to say your prayers for safety before your cast off.. make sure that you are carrying on board everything you need for survival should you find yourself in a emergency rubber raft..( NEVER TAKE THIS FOR GRANTED ).. for your lives will depend on it
10 people found this helpful

Eric WarrenReviewed in the United States on July 13, 2016
4.0 out of 5 stars
You had me at Coast Guard Rescue Swimmer
Verified purchase
Serviceable actioner starting the nearly always reliable Kevin Costner. Actually, the putative star of The Guardian is Aston Kutcher. I have never thought he was a particularly good actor, and this film doesn't really change my mind, The reason I liked The Guardian was not for the acting -- although Costner is quietly good, and Kutcher doesn't try to out-act him -- but for the true to life depiction of the heroic Coast Guard Rescue Swimmers.Director Andrew Davis does a good job interweaving the fictional tale of a burnt-out, well-decorated Swimmer (Costner) who has to lower himself to becoming an instructor to reboot his career with real life settings and even some actual Coast Guard personnel. On the one hand, it feels like Top Gun, An Officer and a Gentleman, and even G.I. Jane all rolled into one, on the other it is telling a distinctly different story, and one we haven't heard a lot: that the brave men (and women?) who risk their lives to rescue stranded seagoing citizens are nonetheless human, and subject to human fears, triumphs and emotions. Good stuff.
23 people found this helpful

knowidentReviewed in the United States on February 23, 2021
3.0 out of 5 stars
Kevin Costner Pulls it out Again
Verified purchase
Yes, this is worth watching. Kostner always manages to create a sympathetic character and he's easy on the eyes whether in a baseball uniform or a wetsuit is easy on the eyes. However, the military errors are careless, disrespectful, and with a tiny bit more research avoidable. Barksdale Air Force Base is in Southern Louisiana and they don't host Coast Guard trainees. They have their own mission, thank you. Enlisted are trained at Coast Guard Air Station Elizabeth City, SC. I understand they filmed some of the movie there, but why call it Barksdale AFB?? A laughable moment is Kevin Costner called one of the trainees and Airman...No, just no. It's at that moment we begin to hear dialogue from movies such as An Officer and a Gentlemen, and Top Gun. Kostner all but calls Ashton "Mayo" I kept waiting for it. Another scene is very much like Tom Skerrit, in Top Gun saying to Maverick..."What I'm about to tell you is classified. It could end my career." That kind of carelessness pulls the viewer away from the story. Much of the dialogue is predictable. You can even recite the dialogue along with the actor! Anyway, it's watchable and at least they called Kevin by his correct rank, which was Senior Chief. Disrespectfully, referring to a Senior Chief as "Chief" is an experience you don't want. Uniforms: C-, Rescue Ops: A, Dialogue: D. Enjoy the movie!
2 people found this helpful

MavericksHMBReviewed in the United States on November 22, 2015
4.0 out of 5 stars
Good portrayal of the best branch of the service - the USCG
Verified purchase
Having just finished reading a great book on the history of the Coast Guard, I was prompted to watch this film because it was talked about often in the book. I suppose the film came out as the book was being written. I was very pleased to find that the film stays true to the Coast Guard; from the verbiage to the way the Coast Guard SAR's are run, and so much more. I suppose this might have had a lot to do with the number of Coast Guard advisors on the film, as well as casting a lot of USCG personnel in roles! That was a very nice surprise.

Out of all of our "military" services, the USCG has always gotten short shrift. Their budget and personnel just might support a couple of big city police departments, and they operate with continually aging equipment. Yet for all of the shortfalls they're forced to take, they still get the job done. It's the one branch of the service that I'm so proud of. And this film did a pretty good job of portraying the USCG without going overboard, and without rewriting history. I was pleasantly surprised that I enjoyed the film so much.

WheelinBillyReviewed in the United States on October 23, 2019
5.0 out of 5 stars
Blue Ray- The Guardian
Verified purchase
This is a very well movie. Good acting, good plot, great filming. Kostner and Kutcher are at their best and good together. Gives a different prospect of what the Coast Guard is, did me any way. Gave me more respect for our men and women risking their lives so that others may live, the Coast Guard. The Guardian. I do believe this disc is a bootleg but is a excellent one. Great picture, as good as an original. I highly recommend movie and seller.
3 people found this helpful

Justin IReviewed in the United States on January 2, 2018
5.0 out of 5 stars
Great Story
Verified purchase
We watched portions of this movie in church, partnered with a sermon. I’ve seen the movie, wife had not. She mentioned she would’ve liked to see the whole thing so I surprised her with it at Christmas. Dirt cheap here on Amazon so just paired it with another purchase to get free shipping. I forgot just how good this movie is. Love it
5 people found this helpful
See all reviews
Back to top
Get to Know Us
Make Money with Us
Amazon Payment Products
Let Us Help You
EnglishChoose a language for shopping. United StatesChoose a country/region for shopping.
© 1996-2021, Amazon.com, Inc. or its affiliates