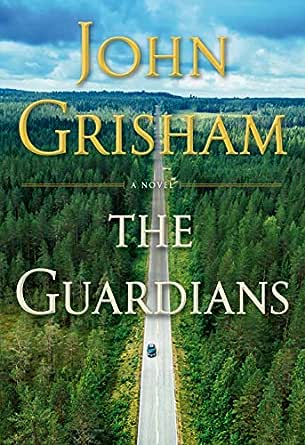 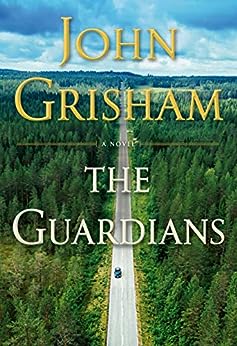 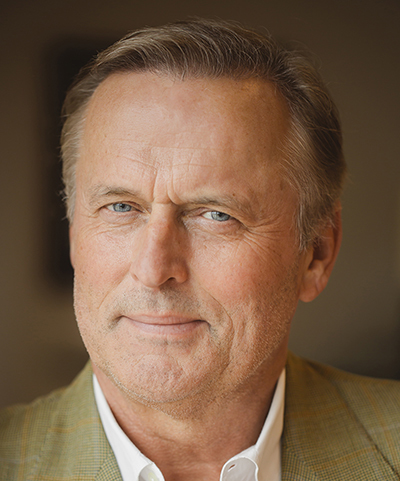 The Guardians: A Novel Kindle Edition

“Terrific…affecting…Grisham has done it again.  Such creative longevity is not that unusual in the suspense genre, but what is rare is Grisham’s feat of keeping up the pace of producing, on average, a novel a year without a notable diminishment of ingenuity or literary quality.”—Maureen Corrigan, The Washington Post

“Grisham again delivers a suspenseful thriller mixed with powerful themes such as false incarceration, the death penalty and how the legal system shows prejudice. The Guardian team of characters is first-rate.”– Associated Press

“With his début, 1989’s A Time to Kill, Grisham established himself as a skilled storyteller, a writer who can nimbly portray complex characters who overcome their fears and flaws to pursue justice.  Thirty years later, his authorial prowess glows again in this riveting tale.”—Fredericksburg Free Lance Star

“[Grisham] has created a powerful no-nonsense protagonist that you cannot help rooting for in a story stocked with tension and flavor that will have you flipping the pages to a very satisfying ending.”—Florida Times-Union

“Grisham’s colorful prose is riveting, and the issue is a timely one that can be too easily overlooked…His fictional legal happenings convey a loud and clear ring of veracity.”–Pittsburgh Post-Gazette

“The Guardians, the newest legal thriller from John Grisham, a true wizard of the form, is certainly not going to disappoint. Fans of the author are going to find it wholly satisfying.”–Anniston Star

JOHN GRISHAM is the author of thirty-three novels, one work of nonfiction, a collection of stories, and six novels for young readers.
See all Editorial Reviews

Scott E. High
TOP 100 REVIEWERVINE VOICE
5.0 out of 5 stars Never Get Arrested In A Small Town
October 18, 2019
Format: HardcoverVerified Purchase
Reading this novel reminded me of returning to Indiana University one year and being picked up for speeding in the middle of the state by a trooper who I never saw until he was on my butt. I was instructed to follow him to a local small town where the "judge" held court in the back of his furniture store. He gave me the choice of a heavy fine or jail time. This was in 1974 and $350.00 was a lot of money for a college kid. I had no desire to learn about their terms of incarceration.

John Grisham has picked a mythical small town in northern Florida to tell us a horrifying tale of a man falsely accused, arrested, and sentenced to death. These small towns exist throughout the United States and are often controlled by a local politician or a wealthy family. Woe be to those who cross these powerful people. I still remember my parents cautioning me from straying off the interstates and stopping in small towns in the 'Deep South'.

The author has written a well-researched novel concerning a small town resident conveniently arrested as a cover to what was happening locally. Some readers may be somewhat 'put off' by the voluminous detail involved in trying to free someone illegally convicted, but I love learning new things when reading. Add in the sword constantly hanging over the falsely convicted prisoner and the fact that there are literally thousands of innocent prisoners currently serving prison terms, and you can't help putting yourself in their places.

This novel is not a "beach read' and requires the reader to pay attention and do some critical thinking. Mr. Grisham describes a badly flawed system that can cause the victim to make the ultimate sacrifice. Cleanly and clearly written, the author provides a thought provoking novel with a deeply disturbing story.

maj
5.0 out of 5 stars Back to the Grisham we know and love
October 16, 2019
Format: Kindle EditionVerified Purchase
After his last two books, which were - quite frankly - abysmal, to say the least, Grisham to returns to what he knows best: the legal thriller.

The characters, plot and writing are reminiscent of his earlier books and it was a joy finding that Grisham's talent is not entirely gone. A few circumstances sort "fell into the plot" to make it move faster, granted, but overall I enjoyed the story and found it worthy of all five stars.

If you're a fan of old Grisham, then this is the book for you.

Maureen Hoffman Wehmeier
5.0 out of 5 stars Heartbreakingly beautiful
October 16, 2019
Format: Kindle EditionVerified Purchase
Grisham hits it out of the park with this one. When a trial weary attorney suffers a breakdown and leaves the practice of law for seminary, the novel sets the scene for the exoneration for wrongful imprisonments of many innocent people. Based on a true story, this one is Grisham at his finest.
Read more
212 people found this helpful
Helpful
Comment Report abuse

Ronald H. Clark
4.0 out of 5 stars Solid but not great Grisham
October 18, 2019
Format: HardcoverVerified Purchase
This is John Grisham's 33d novel and he is still going strong as a legal novelist. While this latest legal thriller is not a "page turner" like "The Firm," which kept me awake until I finished it, it is a good solid craftsman effort that has many interesting rewards. I have noticed, and discuss in other Grisham reviews, that he is now inclined to use his stories not only to entertain but also to inform. That is, recently he has used his novels to explain and explore a number of key legal developments--including mass torts, death penalty cases, public interest law firms, and state lawyer disciplinary boards-by building them into his novels. I think this only enhances the enjoyment of his legal fiction.

Here, he is at it again invoking private jails, prisons as profit centers for their communities, how "snitches" can be bribed into testifying for prosecutors, the abuse of expert witnesses, FBI investigations, blood stain analysis and experts, and DEA investigative techniques. His central character in the novel, both an Episcopalian priest and lawyer (that collar does come in handy in getting into prisons), works for a small public interest law firm whose mission is to exonerate prisoners who have been wrongfully convicted. It is a small version of the well known Innocence Project. Two million folks are incarcerated, one million employees tend to their needs, and $80 billion is the price tag on all this. An estimated 10% of all prisoners are actually innocent of the crimes for which they were convicted. So it is good that Grisham is bringing these important legal actors to our attention.

I always enjoy Grisham when he is writing about his southern homeland and its legal systems. The novel runs 370 pages, and I certainly enjoyed it, as well as all his other novels. But as the reader nears the conclusion, while interesting, there is no pounding need to keep reading in search of the big Grisham finish as used to be the case. Perhaps this just reflects Grisham's growing stature as a novelist; he doesn't need people jumping out of skyscraper windows and similar devices to hold his readers' interest. A good, solid Grisham legal mystery and informative as well.
Read more
186 people found this helpful
Helpful
Comment Report abuse

K. Germond
5.0 out of 5 stars READ THIS BOOK
October 15, 2019
Format: HardcoverVerified Purchase
I have read this book and it's fantastic! I do like John G's books but this one really knocks it out of the park. It is the proverbial page-turner. READ THIS BOOK!!!! And then Google Centurion the organization he based his character on.
Read more
124 people found this helpful
Helpful
Comment Report abuse

Gordon M.
5.0 out of 5 stars Reservations !
October 21, 2019
Format: Kindle EditionVerified Purchase
Because of The Rooster Bar and Reckoning I had reservations on The Guardians. I am glad that I did buy the book because I really enjoyed it.
Read more
144 people found this helpful
Helpful
Comment Report abuse