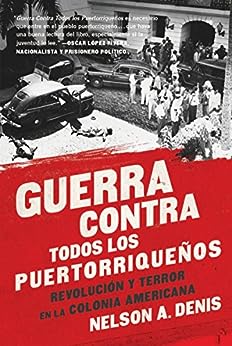 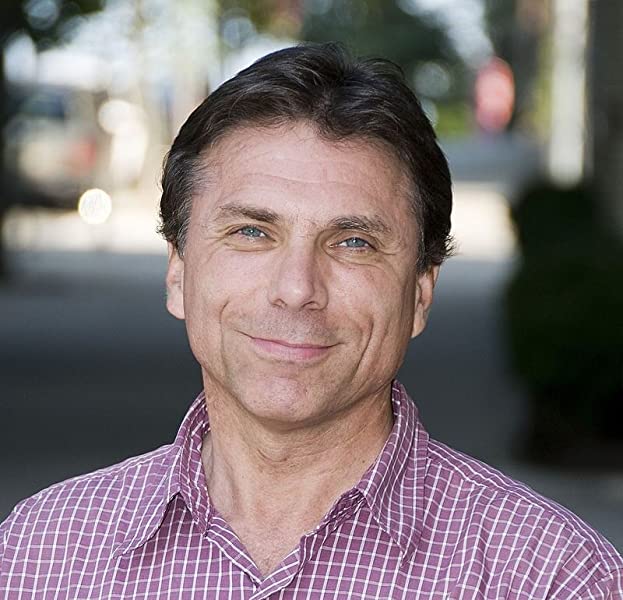 Nelson A. Denis was the editorial director of El Diario/La Prensa, the largest Spanish-language newspaper in NYC, where he published over 300 editorials and won the Best Editorial Writing award from the National Association of Hispanic Journalists.

Denis's screenplays have won awards from the New York State Council on the Arts (NYSCA), the New York Foundation for the Arts (NYFA), and CineFestival. He also wrote and directed the feature film VOTE FOR ME!, which premiered in the Tribeca Film Festival.

In April 2015, Nation Books published his non-fiction book WAR AGAINST ALL PUERTO RICANS, about the Puerto Rican Nationalist revolution of 1950. It topped the list of best-selling books in Puerto Rico for the year 2015-2016.

Amazon Customer
5.0 out of 5 stars Viva La República [de Puerto Rico], Abajo los [Yankees] Asesinos!
Reviewed in the United States on October 20, 2016
A really, really good book for understanding Puerto Rico place in US imperialist history. This should be read by everyone who thinks Uncle Sam is a nice old fellow treating everyone kindly and justly around the world.
Images in this review

Amazon Customer
5.0 out of 5 stars Is time for Puerto Rico be free
Reviewed in the United States on August 17, 2019
Verified Purchase
As a Puerto Rican wanted to educated myself on the history of our small country.The abuse,insults and slavery of our country is a black eye on America USA.The traitor Munoz Marin was use for the benefit of a few that l call the ugly Corporate America that have exploit our country the people for money.USA is the greatest country in the world but it has made to many mistakes in using people,country's for there gain.My people were slave,use as experiments for medical purpose with out there consent.Murder because the carry the Puerto Rican flag or wanted the independence just like USA wanted from England.My people were murder because they wanted freedom.Over all when the American read the abuse,neglect racism and inferior treatment of us.The true American will say is time to let go the oldest Colony in the Americas and we are sorry we treated you so ugly,so bad and so selfish. VIVA PUERTO RICO LIBRE.
Read more
8 people found this helpful
Helpful
Report abuse

Fernando
5.0 out of 5 stars The information and reporting in this book is phenomenal
Reviewed in the United States on October 20, 2017
Verified Purchase
This publication focuses on the colonization and apropiation of our island in the late 1800's by the USA. Naturally, a clash between the imperialist faction and the nationalist idealist led to a prolonged and deathly transition. This conflict led to arrests, torture, and bombing of suspected nationalist members that were on a special list and file. Anything got you on the list, it was a joke.

During the apropiation process, the island trabsformed from a self sustained economy comprised of small and local sugar producers/exporters into an exploitive and underpaying (breaking US constitution) conglomerate. We grew as an Island nation under the tutelage of the USA at the expense of having no trade ability with the world and an impossible to pay debt.

I personally think that the North American agenda was and always will be detering any additional socio political structure that will lead to a communist state in the western hemisphere. We would've been annexed long ago had it not been for that looming fear and the exploitive relationship.

It also touched on some political figures that had a hand in making the situation worse by misleading the public into the ELA status. All based on blackmail.

This book taugh me a lot about about the real and seldom taught events that unfolded and shaped the island's colonial status. It also solidified the reverence I have for Dr. Pedro Albizu Campos no other man shall have my regards as much as him...other than my dad of course. Bought him a copy that he is reading as I write this review.

Five stars the information and reporting in this book is phenomenal. Nelson did a magnificent job specially with the story of Salon Boricua in which a single nationalist fooled the US army into thinking they were fighting a clan of 15.

English review:
It's an excellent reading. Recently, I took a Puerto Rico History course and many of the events written here are depicted exactly as I studied them. This book tells how Puerto Rico has become like it is today. Many Puerto Ricans do not know our history, and should read this book to open their eyes.
Read more
10 people found this helpful
Helpful
Report abuse

Amazon Customer
4.0 out of 5 stars Interesting book despite its obvious support for PR independence
Reviewed in the United States on June 14, 2019
Verified Purchase
The book provided an insightful account of Pedro Albizu Campos struggles as the leader of the Nationalist Party. However, i think it romanticized the Nationalist movement and vilified anything of American origin. By the author’s account the US has done absolutely nothing positive for Puerto Rico. Being a resident of Puerto Rico, raised in Ponce, I don’t believe the US has only done evil in the island.
Read more
7 people found this helpful
Helpful
Report abuse

Mickey A.
4.0 out of 5 stars Good book
Reviewed in the United States on January 19, 2021
Verified Purchase
Pretty good book. Need to read it with an open perspective so you don’t get caught up with the bias views of the writer, but overall it does have some good history details, not all the details but a good amount.
Read more
Helpful
Report abuse