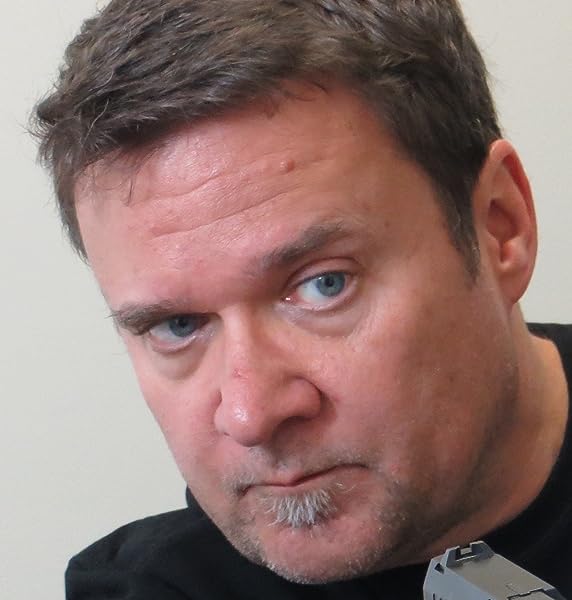 by Robert A. Sadowski (Author)
4.4 out of 5 stars 120 ratings
See all formats and editions
Sorry, there was a problem loading this page. Try again.

If you are seeking a comprehensive reference for collectible gun values, the Gun Trader’s Guide is the only book you need. Included are extensive listings for handguns, shotguns, and rifles from some of the most popular manufacturers, including Beretta, Browning, Colt, Remington, Savage, Smith & Wesson, Winchester, and many more.
The Gun Trader's Guide is a one-stop manual to buying collectible firearms. For more than half a century, this guide has been the standard reference for collectors, curators, dealers, shooters, and gun enthusiasts. Updated annually, it remains the definitive source for making informed decisions on used firearms purchases.
Read more
Previous page
Next page

Robert A. Sadowski is a contributing writer to Gun World, Shooting Illustrated, Combat Handguns, Gun Tests, Gun Digest and several other firearms magazines. He is the author of the Book of Glock, Shooter's Bible Guide to Firearms Assembly, Disassembly, and Cleaning, 50 Guns That Changed the World, and the editor of the original Gun Traders Guide. He resides in Hampstead, North Carolina.

Best-selling author Robert A. Sadowski became involved with firearms early. He grew up next to a dairy farm in eastern Connecticut and started bird and varmint hunting as soon as he could carry a .22 LR rifle a field.

In past lives he worked as a mechanical designer for General Dynamics on the U.S. Navy's submarine program in Groton, CT. Later he received a fellowship to attend New York University’s Gallatin School. While in NYC he wrote and edited for many famous and infamous magazines.

Since then, he has written many hundreds of articles for such gun magazines as Shooting Illustrated, Gun World, Ballistic, Gun Digest, Combat Handguns, Black Guns Annual, Tactical Life, Guns of the Old West, Personal Defense, SHOT Business, range365.com, Gun-Tests, and others.

He is also the author/editor of numerous books including the Gun Trader's Guide annual and Shooter's Bible Guide to Firearms Assembly, Disassembly, and Cleaning. His last book, Book of Glock, was a #1 new release on Amazon. His latest book is 9mm - Guide to America's Most Popular Caliber.

Jim Miller
5.0 out of 5 stars Great value
Reviewed in the United States 🇺🇸 on August 24, 2022
Verified Purchase
Gives a good idea of what your firearm might be worth.
Read more
Helpful
Report abuse

Marcia A Borst
5.0 out of 5 stars A gun collector likes it
Reviewed in the United States 🇺🇸 on February 17, 2022
Verified Purchase
I ordered this for a friend who is a gun collector to replace a guide that was over a decade old. He has a new hobby; looking up all the updated information on his collection. He says it's a good reference book.
Read more
Helpful
Report abuse

Amazon Customer
5.0 out of 5 stars Very comprehensive listings
Reviewed in the United States 🇺🇸 on April 18, 2022
Verified Purchase
Very satisfied with book, good information for both buying
or selling firearms

Kgaines
3.0 out of 5 stars Missing common guns
Reviewed in the United States 🇺🇸 on March 7, 2022
Verified Purchase
We needed to value firearms for an estate
One of the guns not shown was a pretty common make and caliber
Read more
Helpful
Report abuse

Rob B
2.0 out of 5 stars Question for George?
Reviewed in the United States 🇺🇸 on March 29, 2022
Quick question since you commented that GTG did not change from pre pandemic or better 2019. Will you comment on if the value got adjusted for the run on fire arms during 2020 through 2021?
Read more
Helpful
Report abuse

Linda D
5.0 out of 5 stars This was a gift for someone.
Reviewed in the United States 🇺🇸 on January 5, 2022
Verified Purchase
I did not personally use this book. As far as I know, it was certainly comprehensive and very informatiive.
Read more
Helpful
Report abuse
See all reviews