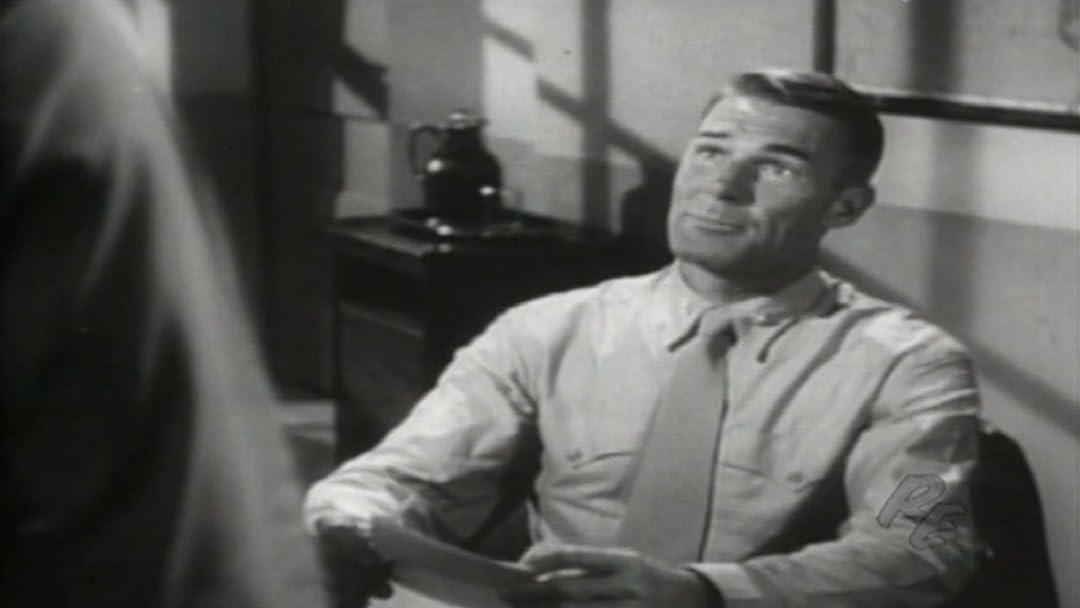 (390)
6.01 h 26 min194318+
Col. Thorwald is responsible for organizing a battalion to raid the Japanese-held Makim Island. His battalion is made up of misfits, brawlers, etc. but he transforms them into a tough fighting unit for the fierce battle.

DavidReviewed in the United States on August 19, 2019
5.0 out of 5 stars
Inspiring movie about earily WWII operations
Verified purchase
I know that some people want more blood and guts but this is the kind of movie that tells a story of heroic soldiers in short order. Just how accurate it is in the details I don't know but for an overview of the events shortly following Pearl Harbor this is the kind of movie I grew up on. I was born in 1951, my dad was on the USS Franklin. "Big Ben" he witnessed the horrific bombing and death first hand. I am grateful for an inspiring movie such as this and others produced for the civilian population and us kids of the survivors of WWII.
7 people found this helpful

submarinerReviewed in the United States on February 3, 2019
5.0 out of 5 stars
The story of Carlson's Raiders. Starring real submarines.
Verified purchase
Whats awesome besides the performances is The submarines Argonaut and Nautilius Commanded by legendary Bill Brockman. Although this was WW2 these were 2 of the 3 biggest American subs ever built. Sadly Argonaut went down with Jack Pierce fighting 5 japanese destroyers on her next patrol. BUT SHE MADE THIS MOVIE FIRST! Nautilius miraculously survived WW2.
9 people found this helpful

PhilipReviewed in the United States on March 11, 2012
2.0 out of 5 stars
Not so Gung Ho about the Sound and Picture quality but there is a better version...
Verified purchase
I originally called Amazon CS because all of the reviews for this movie were comingled so that you could not determine which vendor had the superior sight and sound quality. I wanted to avoid returning a film because of poor quality. previous reviews for this film expressed the same frustration over the comingling on the Amazon reviews for this film, yet there was no change implemented. Well my concerns were justified because this vendor and film had unacceptable sound quality whereby I had to turn my Sony Surround Sound up so high to hear the film that it caused a hum in my speakers. The sight part of the film was better than the sound. Since the sound was unacceptable, I returned it to Amazon.

My second choice was Gung Ho! The Movie; WW2 The attack of Makan Island by USMC Marines 1942 old films DVD by Campbell Films. This version was overwhelmingly superior to the previous film version. The sound track ran at regular levels on my Sony Surround Sound with no hum! Campbell Films Created a new jacket for the DVD based on live footage. They digitized the original footage and included actual footage from the returning heroes on their submarines as they docked. In addition, Campbell Films included (2) two other DVDs which included Newsreel Footage from the period as well as "Victory at Sea" DVD. You can see my full review of my second choice the Campbell's version of Gung Ho. Hope this helps.
Blessings,
Phil

Mike ButterfieldReviewed in the United States on January 13, 2017
4.0 out of 5 stars
Connections
Verified purchase
A while back an older gentleman asked me if my dad (my name's Butterfield) served in the Solomon Islands in WW2. I answered yes he did. He asked if my dad was a marine. No, he was an officer in the navy. He said he was a marine in the Solomons and his sergeant was named Butterfield.
I happened upon an obit while googling, one Franklin Wells Butterfield. He was born Feb. 4th 1927 and after Pearl Harbor was attacked he joined the marines, at the age of 14. He served with Carlson's Raiders. By the age of 16 he was a decorated combat veteran. In San Francisco he met a girl and they married in Reno.
The marine's name was Matt Ferris, perhaps I found your sergeant Matt.

CraigReviewed in the United States on January 6, 2017
5.0 out of 5 stars
A great WWII movie
Verified purchase
Great WWII movie. A much different time then today.
The US was the protector of the world and the citizens were ready to stand up to defend those in need.
It made me feel proud of what America was, not what it has become.
Still the best place to live in the world, but the country and people this movie depicted I'd rather be.
7 people found this helpful

Bill BickleyReviewed in the United States on April 19, 2014
5.0 out of 5 stars
Great Story of The U.S. Marines
Verified purchase
Randolph Scott and Robert Mitchum are excellent in this, based on fact, story of a secret Marine force after the bombing of Pearl Harbor. The Marines invade an island and actually beat the Japanese at their own game. I particularly like the scene where the Marines paint an American flag on the roof of a Japanese occupied building. When Japanese aircraft are called to attack the Marines, the Japanese soldiers seek refuge in the aforementioned building and are killed by their own aircraft. A terrific WWII story.
2 people found this helpful

railfanReviewed in the United States on September 30, 2012
5.0 out of 5 stars
The First REAL War Movie!
Verified purchase
This film, which was first released in 1943, was based on a factual raid on a Japanese held stronghold. This raid was done in the same spirit of Doolittle's Raid on Tokyo: a message to Hirohito that we could also hit them, and hit them hard. (He obviously did NOT get the message.) This movie is definitely a product of its time, as shown by the valor of our side and the uncaring feeling of the enemy. While this was true to some extent, it is definitely hyped in the movie. Again, you have to take into account the feelings of the time. I recall discussing the propaganda cartoons of this era with a much younger co-worker in one job I had, and she was complaining about the stereotypical portrayal of the enemy. I told her that they were doing to same for us, and that these cartoons merely reflected the feelings of that time.
Despite this, I still love this movie and the characters in it. It definitely portrays both sides of the coin: the bravery and valor, and the fact that not everyone made it back. It's a well done film, and maybe I was lucky, cause I got a good copy. I still recommend it to anyone who micht be interested in films of this era.
One person found this helpful
See all reviews
Back to top
Get to Know Us
Make Money with Us
Amazon Payment Products
Let Us Help You
EnglishChoose a language for shopping. United StatesChoose a country/region for shopping.
© 1996-2022, Amazon.com, Inc. or its affiliates