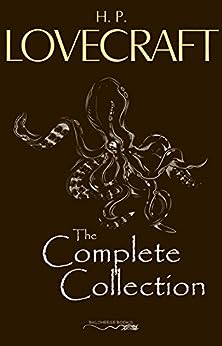 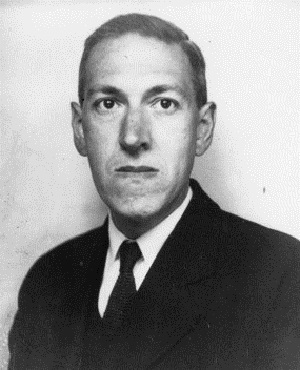 H. P. Lovecraft was born in Providence, Rhode Island, in the US in 1890. Influenced by various literary interests, from the Tales of Arabian Nights, to Greek mythology and to 19th century Gothic tales told to him by his grandfather, Lovecraft mixed these together with an interest in science. From this background, he gave voice to his ideas in a series of dark tales of fantasy and horror. He suffered from ill health, at one point having a nervous breakdown, and he was unable to attend university, which was a huge disappointment to him. He died in 1937, but his legacy lives on in a body of work that has inspired countless films, TV series, board games and toys, as well as the work of many other writers. --This text refers to an alternate kindle_edition edition.

4.6 out of 5 stars
4.6 out of 5
1,630 global ratings
How are ratings calculated?
To calculate the overall star rating and percentage breakdown by star, we don’t use a simple average. Instead, our system considers things like how recent a review is and if the reviewer bought the item on Amazon. It also analyzes reviews to verify trustworthiness.

Puffin
4.0 out of 5 stars Table of Contents in the Kindle version, as of May 30, 2018
Reviewed in the United States on May 30, 2018
Verified Purchase
When I was looking over the choices of Lovecraft ebook collections, what I wanted to know was what each version contained. Some of the earlier reviews on this page clearly applied to earlier editions. A note in the ebook says "...consists purely of his mature and singly authored fiction. It does not include his juvenilia, collaborative works, poems, letters, or nonfiction."
As of May 30, 2018, the Kindle edition does contain a table of contents with links. Here's what's in it:
The Nameless City, The Festival, The Colour Out of Space, The Call of Cthulu, The Dunwich Horror, The Whisperer in Darkness, The Dreams in the Witch House, The Haunter of the Dark, The Shadow Over Innsmouth, The Shadow Out of Time, At the Mountains of Madness, The Case of Charles Dexter Ward, Azathoth, Beyond the Wall of Sleep, Celephaïs, Cool Air, Dagon, Ex Oblivione, Facts Concerning the Late Arthur Jermyn and His Family, From Beyond, He, Herbert West-Reanimator, Hypnos, In the Vault, Memory, Nyarlathotep, Pickman's Model, The Book, The Cats of Ulthar, The Descendant, The Doom That Came to Sarnath, The Dream-Quest of Unknown Kadath, The Evil Clergyman, The Horror at Red Hook, The Hound, The Lurking Fear, The Moon-Bog, The Music of Erich Zann, The Other Gods, The Outsider, The Picture in the House, The Quest of Iranon, The Rats in the Walls, The Shunned House, The Silver Key, The Statement of Randolph Carter, The Strange High House in the Mist, The Street, The Temple, The Terrible Old Man, The Thing on the Doorstep, The Tomb, The Transition of Juan Romero, The Tree, The Unnamable, The White Ship, What the Moon Brings, Polaris, The Very Old Folk, Ibid, Old Bugs, Sweet Ermengarde, or, The Heart of a Country Girl, A Reminiscence of Dr. Samuel Johnson, The History of the Necronomicon.
All the stories include citations of when they were written and where they were first published.
Some earlier comments refer to a link to free audio files, but I found no link, and a search of the ebook showed no mention of audio in this version, as of this date. FYI.
Read more
177 people found this helpful
Helpful
Report abuse

So, of course I have nothing but praise.

And I will state when they say complete, they mean complete. I have long since had a full collection of everything lovecraft wrote, so when I got this, I was expecting merely the usual "Complete Works" which never include all the collaborations.

Oh, you haven't read the collaborations? Then here's your chance. They are ALL here... Except... again... Ashes with CM Eddy. No doubt once more due to Eddy's grandson refusing to allow publication, AGAIN. (The Man appears obsessed with preventing his grandfathers SS with HPL from seeing publication.)

Nor will you find Derleth's "posthumous" Lovecraftian style stories, which while derivative of HPL's work, cannot in any sense be claimed to have been written or co-written by HPL. (Derleth just could not fill HP's shoes, no matter how hard he tried. But he can be thanked for keeping HPL in publication and in the public eye for most of last century.)

So, if you are new to HPL, or a die hard fan, you will definitely find it almost tells the truth with its title, and you can't really blame the publishers for Eddy's grandson being an obstinate fool.
Read more
167 people found this helpful
Helpful
Report abuse

Garack
5.0 out of 5 stars Amazing Bargin
Reviewed in the United States on March 20, 2017
Verified Purchase
Great collection of Lovecraft's works. This is the most expansive collection I've found for an unimaginably cheap price (at the time of writing costing 99 cents). The audiobooks are a bit hit and miss, but for the price is a welcome addition. Just as a note, the audiobooks are found via a link to a google drive on the second-to-last page of the book.
Read more
51 people found this helpful
Helpful
Report abuse

Charles Pruitt
3.0 out of 5 stars "With 100+ Audiobooks" is Misleading
Reviewed in the United States on July 14, 2019
Verified Purchase
For the most part, the product is exactly what it says on the label, all of Lovecraft's published works in one volume. The text portion is beyond reproach, but the audio-books portion is not as described. For starters, the 100+ audiobooks is actually 55. (technically, some of the longer stories are split up into multiple files). For another, they aren't audiobook files, they're mp3s. Finally, and sorry to be rude, but the files are labeled and organized by a legally blind, non-English speaker. I downloaded all the files, reformatted them, and compiled them to an actual audio book, which I'm happy to give to the publisher for their use. Contact me for pick up or delivery.
Read more
12 people found this helpful
Helpful
Report abuse

Alberto
4.0 out of 5 stars Dark stories, superb prose
Reviewed in the United States on March 29, 2015
Verified Purchase
OK, Lovecraft is one of those authors that you either love or hate. His stories are dark, always with supernatural element to them, following a somewhat constant theme of cosmic races that somehow found their way into our planet. If you like this mixture of horror, supernatural, and alien life forms, you will like Lovecraft.

I like his style - his tales develop in a deliberately slow cadence, where information is delivered in small doses at a very regular pace, which makes it hard to set a story aside once you start it. His English is polished and elegant, not your 8th grade level prose you find in many authors today; personally, I appreciate reading intelligently written, well composed sentences. If you are a dialog kind of person, be aware that are barely any in his books. Having said that, his descriptions of places, people and monsters are vivid, greatly stimulating your imagination.

A few tales are particularly good - "The Dreams in the Witch House" and "At the Mountain of Madness" are the ones I like the best. I have to say, however, that this is not a book to read in one sitting; after some time, the stories and the themes become a bit repetitive; I usually read anywhere between five or ten stores, set the book aside to read something else, and when I'm in the mood, I go back to Lovecraft again.
Read more
46 people found this helpful
Helpful
Report abuse
See all reviews

M. Dowden
5.0 out of 5 stars A Great Read
Reviewed in the United Kingdom on May 7, 2019
Verified Purchase
This book has an active table of contents, which is always helpful, plus at times information when stories were first published and where. Howard Phillips Lovecraft despite a relatively short life definitely left an impression that will carry on for as long as we remain readers and has been hugely influential on a number of people, not only writers but game makers and musicians, amongst others. Of course he was himself hugely influenced by the stories of the great Edgar Allan Poe, as well as other gothic tales.

People have their own particular favourites amongst all the stories that Lovecraft wrote, and I know loads of people prefer those that make up the Cthulhu Mythos, although my all-time favourite has always been Herbert West – Reanimator. Taking in the above-mentioned Cthulhu Mythos, stories also take in the dream cycle, and the more traditional macabre, which he knew quite well.

Prone to nightmares as well as reading on a wide number of subjects, so Lovecraft had a well of inspiration to enable him to write his stories, which although of course were published in pulp magazines are really quite literary. With superstition, religion, fate, along with ethnicity and class, science and other-worldly elements so there are a lot of different themes packed in to the tales that we have here, all of which make for good reading.

Of course many of us have read all the stories before, but there are always new people coming to these, as well as those who may have only ever read a few, so this is great to have, and is ideal for a Kindle as you can carry around this book easily and dip into it whenever you desire. A warning should really be given to those who are coming to Lovecraft for the first time though, and that is that the stories can become weirdly addictive, and who knows - they may even warp your mind.
Read more
8 people found this helpful
Report abuse

J. Barnes
4.0 out of 5 stars Strange Brew
Reviewed in the United Kingdom on April 5, 2019
Verified Purchase
A good collection of stories ,most of which I read in my teens and early twenties. Bought to remind me of things from the past. Variable quality. Had forgotten how 'flowery' some of the prose could be. Very of it's time and has launched a million wannabees. Still well worth a read if you've not met them before and worth a reread if you have. even if just to see how the genre began.
Read more
4 people found this helpful
Report abuse

Vinny B
5.0 out of 5 stars Fabulous book of short stories
Reviewed in the United Kingdom on November 29, 2020
Verified Purchase
Enjoyable book of short stories. Each story is well written and stand alone. Keeps you absorbed, or on on edge, as to what's coming next, with some interesting creatures out for blood.
Read more
One person found this helpful
Report abuse