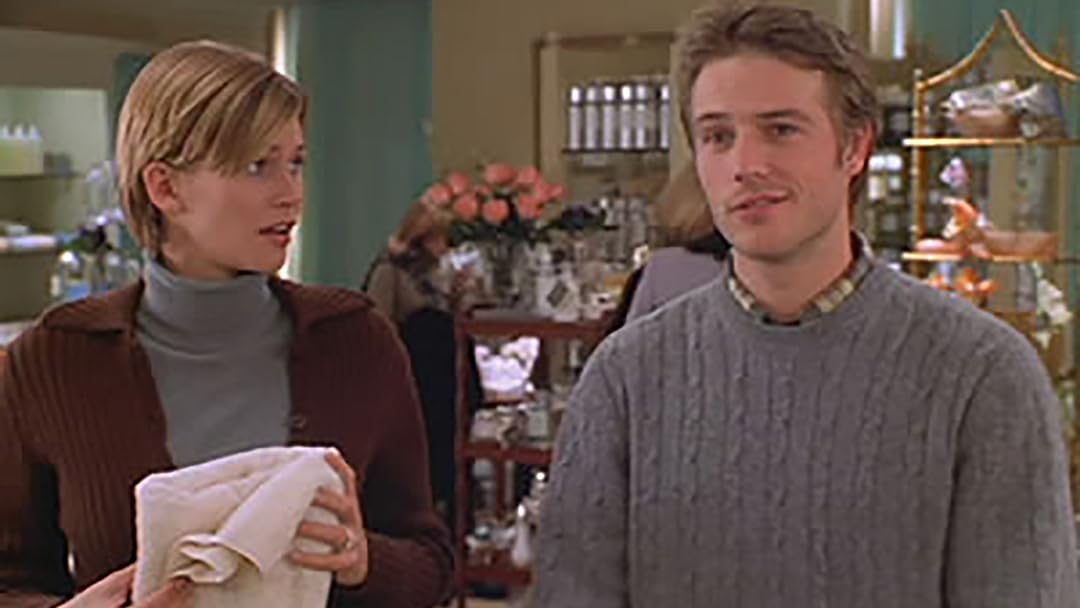 It Had to Be You

(267)
5.61 h 35 min2000X-RayPG
Two strangers meet and fall in love during the weekend that they are planning their respective weddings.

AmaZReviewed in the United States on September 17, 2021
5.0 out of 5 stars
Feel Good Flick without Melodrama
Verified purchase
Looking for a light romance movie, I caught this movie. The plot courts an ancient question. Do we respond to our feelings when there is still time? Do we allow what is foreign to our self to surface so we can take a look? Do we cut our losses before our losses are tied up in commitment, packaging, expectations or cut? Do true best friends and dedicated parents really know us better then we know ourselves? If people date for two, five, seven years, do we know each other better; or, is it a repeat of the first year? Over and over........

This film invites us into the inner workings of working out that question? Ultimately, the ending is left up to fate. Sometimes, no matter how we envision script, fate steps in and writes a better story. Any film that makes us think about what we do, would do, have done or advise the characters, is a good film, no matter how it's done. This one does that.

June G.Reviewed in the United States on October 18, 2021
2.0 out of 5 stars
I cant believe I watched the whole thing lol
Verified purchase
Its slightly better production quality than a lifetime movie. The styling was too trendy and really did not age well, its distractingly terrible. Acting was on par with other mid-low end rom-coms, however the actors had no chemistry whatsoever.

Also, I often laughed at the ridiculous ideas forced into this film, ie, plumbers wearing yellow fisherman gear (complete with fishermans hats) to fix a leak, bad advice and faux wisdom constantly offered to the main characters from strangers.

If I was told this was a screenplay written by two 10 year old girls, I would completely believe it, and it would explain a lot.

MoniqueDCReviewed in the United States on October 13, 2021
1.0 out of 5 stars
Please don't waste your time
Verified purchase
I watched this because - mostly - the over 4 star reviews. How tedious. How predictable. I knew the plot in the first 20 minutes. The foreshadowing was heavy-handed and obvious. There were a couple of supporting actors who added significantly to the hum-drum plot, but since the writing was also sub-par, they were also trite.

How did so many people give this movie 5 stars?

Do yourself a favor. Find another rom-com to watch.
5 people found this helpful

Doanie QReviewed in the United States on September 14, 2021
5.0 out of 5 stars
Enjoyable
Verified purchase
This movie was not in the "best" movie category, but definitely in the 5 star category because it is well worth watching if you enjoy clean romantic comedy. The main characters are beautiful, really eye candy beautiful! The opulent scenes take the viewer into the lap of luxury with a very fun to watch presentation. The movie has a cute sub-plot and a wrap-it-all-up-nicely ending. The acting was smooth and believable. Movies in which "acting" is noticeable is very distracting, and there were really no distractions in this movie. With all that said, it is not an actual memorable movie experience, just a good one.
4 people found this helpful

Hulda B LaBrecheReviewed in the United States on November 13, 2021
2.0 out of 5 stars
Too easy
Verified purchase
At first I was taken in by this movie. Then I began to think about it more. I am not sure if the lead female character ever said how long she and her significant other/fiance had been together, and the male lead had been with his significant other/fiancee for 5 years. I have heard tell that the "euphoria" of first falling in love wears off in about 3 years. IF each character had been married, things would have been a lot tougher in terms of the kind of commitment it takes to STAY in a relationship. Or maybe one of the partners would not have wanted to even grant a divorce. So this was just a little bit too easy. Once when I asked about where the best place to go was to sit in a dark corner with my spouse where it was quiet, the response from that person was to find a hotel restaurant as that was where couples usually went who did not want to be discovered in their infidelity, dark and quiet! When I want to escape reality, I usually pick the formula of boy meets girl (for the first time without entanglements--unless it is a "royal" romance with an arranged marriage in the offing), and you know the rest of the fairy tale formula. I don't want to struggle with "real life" when I watch a romance. I thought the side romance to be cuter and more enjoyable actually. A minister once said to my husband and myself over 44 years ago when we married that this person beside you is NOT your one and only, he (she) is the ONE YOU CHOSE. The stories of commitment and staying power in my family and my husband's extended family and others I know by virtue of marriage are legion. If couples want to live together, I wouldn't want to control what they choose--but this movie reminds us to be aware of how hard we might have to work to keep the marriage vows intact. We also need to avoid the stereotypes that cast "wealthy" persons as objects of ridicule and malign (high-end store clerks included) versus teachers (wearing men's clothing) and writers as somehow "better." Each person needs to be judged on his/her own character without stereotypes.
Thanks for listening.
One person found this helpful

Danel LaRoseReviewed in the United States on September 17, 2021
3.0 out of 5 stars
The Pieces Were All Here, Just Did Not Go Together
Verified purchase
A great storyline, but I found the side romance line caught my interest far more than the leads. It just did not flow very well. The lead actress was not right for the part, Michael Vartan's character was not written well. There were hints that it was going to get better, but ultimately it could have been so much more for this rom-com fan. It just seemed unrealistic, but they had the actors to be able to make it work, it just didn't. There was no chemistry, between the leads, we really did need to meet her finance and not just his mother, it felt more like vignettes put together. Sorry, I can only give it a 3 Star.
2 people found this helpful

MCKReviewed in the United States on December 22, 2021
1.0 out of 5 stars
Yeah, comedy is right... because its laughable, not because it is funny
Verified purchase
*SPOILER ALERTS within review

It is a good thing this movie is classified as a COMEDY because everything about the writing was ridiculous. There is not one shred of reality in the entire film - from Charlie having been an NYPD negotiator for 'jumpers' during his "last few years" on the force (even though he just graduated from the academy 5 years ago; no way, nuh uh, not even) - to the maintenance man at the Plaza Hotel who is in his room before Charlie has even checked out and who gets off his ladder to tell him about the one who 'got away' and give him "worldly" advice (because he could tell by Charlie's pathetic look as he stared out the window that he was pining over Anna) - to his book being published and Anna and her friend crossing the police line because they are 'friends of Charlie.'

Oh my, oh my, oh my, yes it is a comedy through and through; not because it is in anyway remotely funny, but because the lackluster, melancholy, apathetic characters, and the lame as lame can be backstories are so bad, it's laughable. If there was even an ounce of chemistry between Charlie and Anna, it would have at least had that to redeem itself with, but no, nope, nopity-nope, just fizzle, plop, zzz.... do yourself a favor and do not waste your time.
One person found this helpful

K.F.Reviewed in the United States on September 8, 2021
2.0 out of 5 stars
So dull
Verified purchase
awkward, amateurish acting, the main character guy, a cop? ha. not credible, same for all the characters except the male friend who's alcoholic, he was pretty good. that's why it gets two stars. i skipped through a lot-- lots of 10 second fast forwards, so predictable.
2 people found this helpful
See all reviews
Back to top
Get to Know Us
Make Money with Us
Amazon Payment Products
Let Us Help You
EnglishChoose a language for shopping. United StatesChoose a country/region for shopping.
© 1996-2022, Amazon.com, Inc. or its affiliates