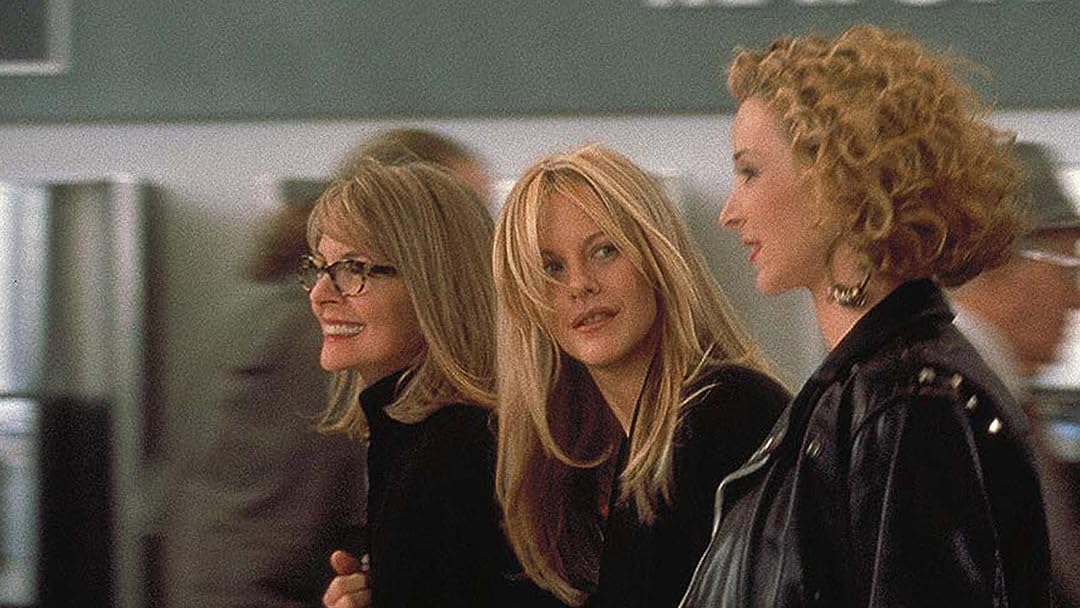 (1,173)
4.81 h 34 min2000X-RayPG-13
Three successful, slightly manic adult sisters must come to grips with their elderly dad's declining health - even though none of them are close to him, decisions must be made. Directed by Diane Keaton.

KcornReviewed in the United States on March 22, 2011
5.0 out of 5 stars
If you are the main one trying to care for an elderly parent while managing other demands - a MUST watch!
Verified purchase
First off, don't expect a light comedy. This isn't one. But it IS a heartwarming movie which focuses on the complexities of dealing with an aging parent, one with memory issues (but anyone caring for a parent, memory issues or not, should relate to this one). Meg Ryan plays Eve, one of three daughters. Eve has the lion's share of responsibility for her father, Lou (Walter Matthau) - and that is an understatement! Meanwhile, Diane Keaton, as Georgia, is a self-centered, ambitious woman while Lisa Kudrow plays Maddy, a bit of a free spirit who is currently working in a soap opera.She has a small role but one she takes seriously and feels slighted by her sisters for not praising her acting efforts.

My take on why this one got so many bad reviews is that I think viewers have to have gone through similar situations to relate to it. Younger viewers, those without elderly parents, might not connect with it. At a certain point in my life, I probably would have found it yawn-worthy. But not now.

I have no idea why this movie seemed aimed at viewers who expect comedy. Some parts, especially scenes where Eve struggles to reconcile her parent's breakup as well as her father's drinking, his chaotic actions, and faltering memory...can be emotionally draining to view but worth the effort.

Eve is clearly overwhelmed, as are many who have to care for aging parents, but she keeps striving to balance her father's needs with the demands of her business, her marriage, and son. In spite of her best efforts, Eve isn't holding things together very well and the cracks begin to show. She is edgy and tired and can't even imagine "hanging up" or disconnecting when she needs a break. Relating to the theme of hanging up...there is one remarkable scene in the movie where an empathetic stranger gives a gift of enlightenment to Eve, although it isn't THE ultimate solution, just a bit of grace during a turbulent time. This scene is worth viewing the entire movie

Those who are the primary caregiver for an ill parent or one with Alzheimers should relate strongly to Eve's situation. But - as noted - don't expect a comedy. There are some humorous moments but they teeter on the edge of sadness and sometimes - as in life - actually turn into truly painful events. And yet...not so painful that the movie seems melodramatic.

I can see from the other reviews of this movie that many viewers don't share my take. But I've watched this one again and again. It has brought comfort and solace ("A toast to your bravery and a toast to your grief") as well as plenty of moments that had me reaching for tissues. Perhaps it seems TOO real for some viewers?

I have to admit that there was an aspect that seemed unbelievable to me. No matter how rough things got, Eve's house always looked lovely, nearly perfect. But she might have had one incredible housekeeper, right?

kathy colbertReviewed in the United States on August 18, 2022
2.0 out of 5 stars
Annoying
Verified purchase
I love Meg Ryan but boy in this movie, she was really annoying. the whole movie was annoying to be honest. I should've known by the title that they'd be on the phone constantly but....Not realistic portrayal of father's decline.

Amazon prime movies became confusing,
Many movies shows in options as watch it for free, included with prime,
But in the next step need to chose the free option again, what isn't the first, automatic option?!
After seen the charge, quit watching prime all together.

When I get home tired, and need a break, the last thing on my mind to read fine prints on the bottom of the screen..

On the bright side, I got more sleep and time by quit prime tv.

I m sure the movie was ok maybe even great. I slept through it, will watch again when comes to Netflix.

Amazon CustomerReviewed in the United States on August 1, 2020
4.0 out of 5 stars
Good Video- Good Vendor
Verified purchase
This was a good video to watch, somewhat sad. Good vendor - packaged nicely and arrived when it was supposed to. I recommend the vendor.

pamela j owczarskiReviewed in the United States on April 13, 2021
5.0 out of 5 stars
Well acted:bring tissue box close!
Verified purchase
Very hard movie to watch after watching my own father struggle with illness and having two very different sisters to walk through it. Ugh! I wept through most of it....cathartic
2 people found this helpful

Amanda's MotherReviewed in the United States on October 8, 2018
5.0 out of 5 stars
Very good movie, especially for Sisters
Verified purchase
Mirrors the situation many families face with aging parents though perhaps not all came from a dysfunctional family like this one.
Shows how in most families pretty much one child ends up shouldering the bulk of responsibilities because others are "too busy" to be bothered.
The cast is excellent. Meg Ryan good as usual, Walter Matthau plays his part to perfection. It's funny, it's sad, it's frustrating, it ends well.
2 people found this helpful

jacqueline WReviewed in the United States on August 24, 2016
5.0 out of 5 stars
For all the working moms and then some!
Verified purchase
Funny! Funny! It touches home. I was Meg Ryan when I worked & had 5 children, volunteered. Gave my job my all. Now my daughter fits the part...job, children, big house etc. Ginger fits my older sister...she was always LATE AND A "ME" PERSON. Lisa K. was serene..and showed how she cared. (like one of my friends! I have given 2 videos away and will give a third to a friend...enjoyed the film and any that Meg Ryan is in.
I'm a romantic and enjoy ROMANCE!
2 people found this helpful

Emily RReviewed in the United States on July 7, 2016
4.0 out of 5 stars
It's a good movie, but it's sad
Verified purchase
I ordered this movie on Amazon Instant Video, because I hadn't seen it in a long time and I remembered liking it the first time around. It's a good movie, but it's sad. So, you might need to be in the mood for a sad movie before you watch it.
4 people found this helpful
See all reviews
Back to top
Get to Know Us
Make Money with Us
Amazon Payment Products
Let Us Help You
EnglishChoose a language for shopping. United StatesChoose a country/region for shopping.
© 1996-2022, Amazon.com, Inc. or its affiliates