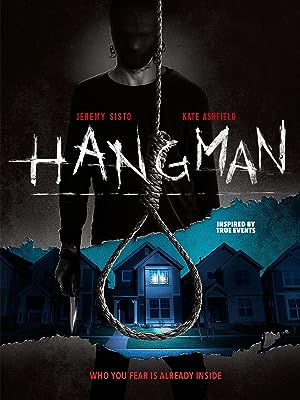 (443)
4.61 h 24 min201618+
Returning from vacation, the Miller family find their home has been broken into. After cleaning up the mess they continue with their lives, shaking off their fear and feeling of being violated. Little do they know the real nightmare has just begun.

TomHunter1968Reviewed in the United States on February 11, 2016
2.0 out of 5 stars
Great setup, believable acting, a couple spooky moments... but no payoff.
Verified purchase
First off, I am a huge fan of horror and, in particular, found footage films (and even more so, indie films). Despite having these kind of films on my radar, I'd actually never heard of this one (apparently it was straight-to-video). That proved to be a double-edge sword on this one. The upside to that was so I had no real expectations, short of the trailer. The downside is that I didn't read any reviews before renting...

PROS: This is very well shot by whoever the cinematographer was, with great audio (important in this film, as it was in Paranormal Activity). Also, the cast are all excellent actors. Each turns in a convincing performance, which is rare in these low budget FF movies. Also, the setup for this, plot-wise, is, while not novel (this movie's been done many times - 388 Arletta Ave being a recent example) is still interesting. There are also a couple of creepy moments.

CONS: 1) Plenty of unrealistic scenes. 2) The characters are shallow as written, the inexplicably tantrum-throwing "villain" is otherwise unremarkable and dull, 3) and the ending... I was going to post a SPOILER ALERT, but, unfortunately, here's where's the film dies out - there's nothing to spoil. The ending is a huge, huge letdown. 4) It's essentially a film in two parts. The beginning and middle and... then it kind of just goes on with the same events over and over. There's a guy hiding in the house, watching. That's about it. So, the setup is good, but it just slowly dies out in the last 20 minutes.

All in all, I would wait for this one to pop up on Netflix or Prime - definitely - and not spend $5 to rent it. Save it for a smarter version, such as 388 Arletta Avenue. If you've seen that movie, this one's almost exactly the same. But, where you felt a sense of investment in the Nick Stahl's character, you won't get that here. The only difference here is this bad guy sleeps in the attic.

Hardcore FF fans may enjoy the first 2/3 of the movie enough to be happy they rented it, but I definitely can't recommend it.

Jeff SmithReviewed in the United States on September 25, 2020
3.0 out of 5 stars
Mouth Noises: The Movie
Verified purchase
This is a middle of the road horror movie with an unimaginative premise but great acting.

The sound is absolutely terrible. In addition to using loud noises to create tension (the cheapest of horror movie tricks) but I'd guess that about thirty minutes of the movie has no audio except the antagonists breathing - LOUD. Sometimes it's wet and phlegmy, sometimes it has an annoying whistle but it's always gross and annoying. I can't believe it made it all the way past a final edit and into release with that intact. Bad editor and\or bad director.
One person found this helpful

Brian KingReviewed in the United States on February 15, 2022
5.0 out of 5 stars
This is a very twisted but excellent movie! Very very different I loved it!
Verified purchase
This is a very dark and twisted story. My wife and I watch horror/thrillers all the time. We've seen just about everything yet this one left a mark. Great acting and directing and it will totally keep you involved. It is magnificent in its simplicity!

BobbyReviewed in the United States on March 2, 2021
3.0 out of 5 stars
Its kept my interest.
Verified purchase
The story was really jumpy, it would for from one scene to another so quickly but it was able to keep me interested at all time, I am not a big fan, but I could not stop watching. I had to know what was gonna happen next.

Ida RedReviewed in the United States on January 10, 2021
2.0 out of 5 stars
Boring
Verified purchase
Honestly I thought this movie was pretty dumb. It was very slow and in the end we were given no explanation as to why the intruder does what he does. You find out at the very beginning that this is something he has done before, but why? I don't like movies that don't offer a motive. It was boring, too. Basically just a guy watching a family inside their house and doing little things, like spitting in their juice, just to screw with them. There are also a few scenes showing the intruder sobbing, but once again, why? We are given zero background on this guy. The premise of the movie was good, but it fell flat for me.
One person found this helpful

Reality WritesReviewed in the United States on April 26, 2020
4.0 out of 5 stars
Suspenseful movie not for everyone.
Verified purchase
The raw filming made it feel that much more realistic. There were issues with the movie but uniqueness made it that much more interesting. If you are into suspenseful nice this could be a good fit even though it is polarizing to many. The acting was good and not too slow of a pace so it keeps your interest.

chrisReviewed in the United States on August 13, 2021
1.0 out of 5 stars
Barely a story here
Verified purchase
Sure the idea of a creep living in your attic and screwing with your family is a frightening idea, but NOTHING interesting is done with that concept. You just watch the family from the murderer's voyeuristic viewpoint for the bulk of the movie. The killer is never in any risk of being caught or discovered, he even murders a handyman in their house, with no consequences. Though he is pretty bold in his crimes, he is never at risk of being caught or observed. Nothing ties in, or gets wrapped up, or explained, just a horrible person doing horrible things to clueless people.
This is also a movie where women just stand in one spot, frozen in terror, so murderers can casually walk up to them and murder them with zero resistance. This is a bad movie.

ElayneReviewed in the United States on October 27, 2020
4.0 out of 5 stars
Absolutely Creepy
Verified purchase
This one.. it took a bit for me to get into, but once I did.. its ultra creepy.. give it a chance!
See all reviews
Back to top
Get to Know Us
Make Money with Us
Amazon Payment Products
Let Us Help You
EnglishChoose a language for shopping. United StatesChoose a country/region for shopping.
© 1996-2022, Amazon.com, Inc. or its affiliates