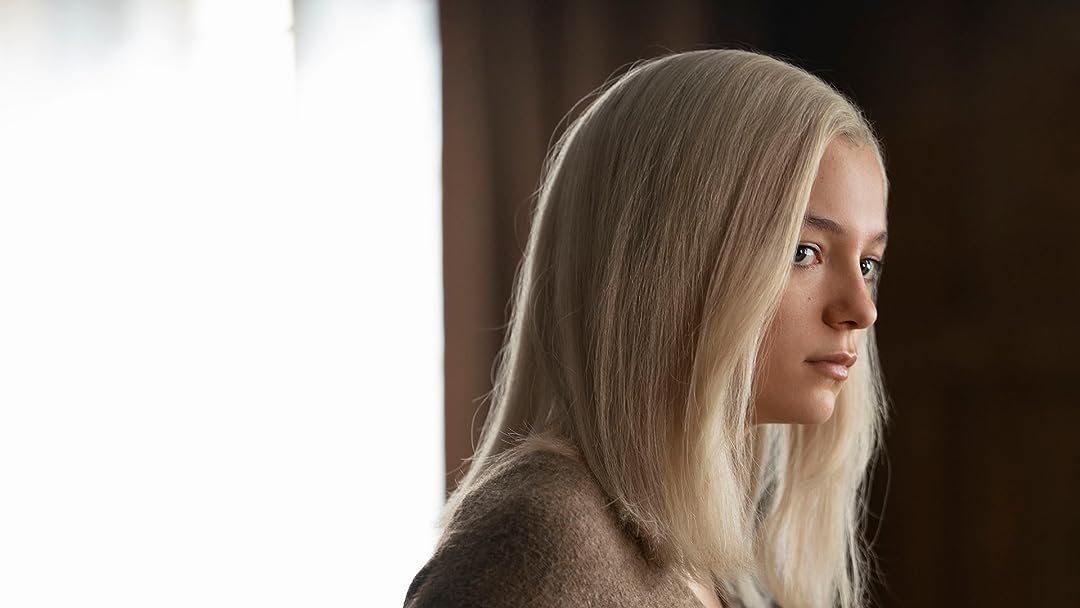 (1,830)7.52020X-RayHDRUHD16+
Hanna attempts to rescue Clara from the clutches of Utrax, with the help of troubled CIA agent Marissa Wiegler, who begins to see in Hanna the daughter she never had. From the dense forests of Eastern Europe, through the vast landscapes of northern England, to the hot hustle and bustle of Barcelona’s university campus, we will follow Hanna on her journey to find her place in the world.

FerdinandReviewed in the United States on July 3, 2020
2.0 out of 5 stars
Boring episodes and virtue signalling.
I am into episode 4 and the episodes are slow, full of virtue signalling. Of course there is a gay character, nothing againts it, but why do hollywood wokeness need to be inserted into every show?

I will try to complete the season and update this review, but last four episodes are so far are boring and predictable, I may need to fast forward through it.

Gay is fine, each their own, but gay feminist scripted to influence young woman into being gay, male-bashing feminist. Predictable. (perhaps a credit to the writers :D) Later episodes avoid white people as *sole* evil, though still implied and predictable as whites created gov/CIA, scripted as corrupt.

Most media including movies are pushing *lies* that white people, especially men, are foundation of evil, with women and non-white people merely victims of it. This falsehood or "wokeness" leads to the deaths such as that innocent little girl Secoriea Turner, and other 8 children (so far). The profiteers sit on their thrones rich from the division they cause by teaching blacks and whites and men and women to hate each other. We're closer to each other and have more in common than the dividers want us to believe.

If you wish to avoid woke-ness it's still worth a watch; fast-forward through episodes 2-6 to get the plot, as episodes 1,7,8 are more in line with Hanna season 1.
---

Predictable feminist-types who will outsmart, outcompassion selfish dumb male. (Now minus good hearted father figure who would die for his daughter in season one).

Feminist non-hetero-so-men-are-bad girl: Prediction? Harrasses girls to be "strong independent" by...kneeling to feminist cult and comply with their dictatorial doctrine. Blonde non-feminist who is happy, helpful. Prediction? Sheep to rude feminist, teaching her "evil male" holds women down. They actually scripted during moment of Marissa saving Hanna, non-related feminist talking-point: "Do you have children? I didn't want them, I chose career; I don't regret it".

AEReviewed in the United States on July 3, 2020
1.0 out of 5 stars
Leftist agenda
Tried to watch it but the story is burdened with leftist liberal political agenda.
367 people found this helpful

♡ Hope Pusher ♡Reviewed in the United States on July 3, 2020
5.0 out of 5 stars
Sophisticated/More Action/Better Than Season 1.
The original movie was great. Season 1 was pretty good. Season 2 is impressive and so much better than the first in countless ways! I think too many people were laser focused on comparing all the aspects of season 1 with the movie (brilliantly acted by a young Saoirse Ronan), and inevitably, some were disappointed as a result. I binged this season straight through because it was hard to stop watching! Every episode got better and better, particularly towards the end.

Season 2 is definitely exciting; the tension and sense of danger are truly palpable, the drama is constant and the fights are badass (how often do you see groups of teen girls kicking ass like this?!). The storyline is creative and interesting, the acting and writing are believable, and the sophisticated directing, gorgeous cinematography, breathtaking international sights, action choreography and dramatic music are all on point! Ben Salisbury and Geoff Barrow created wonderful original music for the show.

Esme Creed-Miles does the lead role justice and she's more likeable and relatable this time around. Her British accent is hardly ever detectable. She spent 6 hours every day for months training in martial arts for her role, and I respect the hard work she put into this. She says that her character's main goal in Season 1 was to figure out who she was. In Season 2 she has to decide what to do with that information. She and Mireille Enos (one of the most compelling actors today) work great together. Their characters are both incredibly intelligent and talented loners working against the grain. They are both instinctively protective, shaped by trauma and loss, and extremely driven to help those they care about, no matter the cost.

Enos plays the CIA agent Marissa Wiegler who tries to protect Hanna as she attempts to rescue her friend Clara from the sinister Utrax program. These teenage girls are locked up, trained and socialized at a secret facility called The Meadows, given fake names, families and back stories so they can go out into society and be weaponized at a moment's notice. It's fascinating to witness their experiences and their growth as they begin to question their sense of morality and purpose.

This is definitely worth watching, even if you didn't love season 1. It's more of a mature spy thriller, it's unique and thoughtful, it's action packed and well paced, and it's a damn good show! The director, Ugla Hauksdottir, did such an awesome job (she also directed the action flick Salt starring Jennifer Garner). And the finale is, at times, simply spectacular. Season 2 of Hanna is excellent (although I really miss Joel Kinnamon). It absolutely deserves some award nominations. Sit back and enjoy!!
288 people found this helpful

W. CulverhouseReviewed in the United States on July 3, 2020
5.0 out of 5 stars
Another outstanding season.
The writers wove an intricate plot with interesting twists to make this season as good as the first: outstanding action drama!
About what I later realized was half way, I thought everything was done. But no: there was still lots more action and unforeseen twists to come.
Creed-Miles' Hanna is one of the most interesting characters in film in the last several years!
From the previews I wasn't too fond of the blonde disguise: Hanna- as played by Ms. Creed-Miles- is such a beautiful, dark-haired woman. It didn't take long to see that she is equally beautiful as a blonde.
Like Season One, the sound track is phenomenal (though I remain addicted to the Season One closing music.) I watched Season One several times, each time finding some nuance I missed earlier. I expect to do the same with Season 2!
"So, what now?" SEASON 3!
213 people found this helpful

Amazon CustomerReviewed in the United States on July 3, 2020
1.0 out of 5 stars
Absolute Trash
Zero Stars
179 people found this helpful

MikeReviewed in the United States on July 4, 2020
1.0 out of 5 stars
Dover Cliffs has nothing on the season 2 drop off.
Such a shame. S1 was so good. Great action. Believable gun handling and plot. Not only because they followed a good film, but it was properly executed. Good coordinators, writing, and stunts. This is so far from it. Most of the actors look like they have never handled a weapon before. All the actors are women or minority races. Not at all what the CIA or Europe is like. The few white men are all evil. Everything is poorly done. I was really looking forward to this too.
113 people found this helpful

Amazon CustomerReviewed in the United States on July 4, 2020
1.0 out of 5 stars
Not very good, I liked season 1, but this was terrible
It’s just a bunch of 18 year old girls running around doing nothing
69 people found this helpful
See all reviews
Back to top
Get to Know Us
Make Money with Us
Amazon Payment Products
Let Us Help You
EnglishChoose a language for shopping. United StatesChoose a country/region for shopping.
© 1996-2021, Amazon.com, Inc. or its affiliates