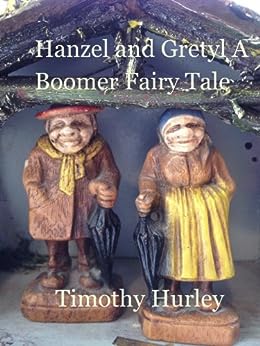 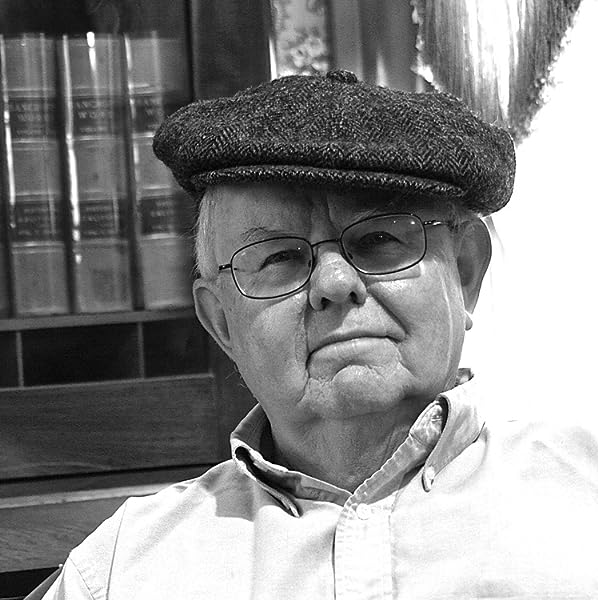 by Timothy Hurley (Author) Format: Kindle Edition
See all formats and editions
Sorry, there was a problem loading this page. Try again.
In this hilarious fractured fairy tale Boomers Hanzel and Gretyl have survived their childhood ordeal only to discover they are grown-old pensioners in suburbia, facing evil family, frightening shopping malls, and a Hannibal Lector wannabe.  But now Hanzel has more than breadcrumbs, he has the Apple Online Store and, by his side, always-optimistic Gretyl.
Read more
Previous page
Next page

I thought, How are Hanzel and Gretyl doing these days, what with Medicare vouchers, Social Security cutbacks, and Boomer backlash. This topsy-turvy fairy tale was written for the Open Doors Fractured Fairy Tales multi-author anthology, where it first appeared and is still available with many other humorous stories.

Timothy Hurley is a Brooklyn humor writer with grown children, in-laws, and grandchildren, none of whom are bratty or evil. He is happy that Apple put Google Maps back on his iPhone.  Shopping malls he avoids--but does not fear.

Timothy Hurley is a fiction writer and retired physician. His first novel, Johnny Don't March, a study of PTSD, was published January 2015.Timothy lives with his wife of forty-nine years in Brooklyn, New York and Petaluma, California, where they have no dogs, cats or pet lizards. They celebrated their forty-fourth wedding anniversary the day of the Mayan Apocalypse 2012 and survived both. Timothy never runs for elevators. His work has appeared in The Satirist; Fiction and Verse; Scatterplot; Humor Press; The Story Shack; One Million Stories; Senior Correspondent; the Avalon Literary Review; and the print anthologies Open Doors Fractured Fairy Tales; Another Left Shoe; Open Doors Myths; Theme-thology Invasion; and Dark Muses Spoken Silences. His second novel about murders on the streets of a northern California small town is a slowly-evolving work in progress. In his spare time he works on a medical school memoir, a remembrance of his father, and short stories. Timothy blogs very infrequently at timothyhurleyauthor.blogspot.com.

Ruth Ann Hixson
5.0 out of 5 stars Great story.
Reviewed in the United States on January 30, 2013
Verified Purchase
Hurley's story is a modern take on a fairy tale. It is full of twists and turns. Hanzel and Gretyl, Hurley style, is halarious as it tells how Hanzel and Gretyl (brother and sister) exist in the basement while upstairs, Hanzel's son, wife and grandson are living good. The elderly couple turn the table on the "upper class."
Read more
Helpful
Report abuse

Sherry H
VINE VOICE
5.0 out of 5 stars Funny!
Reviewed in the United States on March 15, 2014
Verified Purchase
This is the most absolute silliest thing I've ever read! I got a real kick out of it!

I love silly twists on the usual. "Fractured Fairy Tales" was one of my favorite segments of the "Rocky and Bullwinkle" show (oops, I think I'm dating myself <g>)
Read more
Helpful
Report abuse

Laura Rittenhouse
5.0 out of 5 stars The Grimm's ROFL
Reviewed in the United States on December 21, 2012
Verified Purchase
This is a very funny tale that is just the kind of thing the Grimm Brothers might write in the 21st Century if they were retelling their classic Hanzel and Gretyl story. Evil witches have become evil relatives, the oven is replaced by a rat-infested basement and the Black Forest has morphed into a shopping mall - truly scary stuff :-) Well told, fast paced, funny from beginning to end.
Read more
2 people found this helpful
Helpful
Report abuse

Eva Gallant
3.0 out of 5 stars Twisted!
Reviewed in the United States on September 22, 2013
Verified Purchase
This puts an unusual twist on the fairy tale you may remember from your youth. If you like strange, dark stories, this might be your cup of tea. It was not mine.
Read more
Helpful
Report abuse

William E. Gregory
5.0 out of 5 stars The Brothers Grimm meet The Marx Brothers
Reviewed in the United States on December 21, 2012
Verified Purchase
Timothy's refreshing resumption of this time-honored tale, with a modern twist, will leave you eagerly looking for his next fractured fairy tale. So glad to have discovered his wit and craft as a story bender.
Read more
One person found this helpful
Helpful
Report abuse

Eve Gaal
5.0 out of 5 stars Try Not to Laugh
Reviewed in the United States on February 13, 2013
This is not your parent's version of old Hansel and Gretel. Trust me. In fact you should challenge yourself by reading this to the biggest stuff shirt you know and try to make him laugh. You know the type? Doesn't laugh at anything until you trip or something. Tell them to give you a few minutes and you'll make him burst into tears with laughter. In fact he'll probably want to buy a copy of his own so he can make some of his miserable friends laugh too. He won't need crumbs to find his way to Amazon but he might need his iPhone and a hot plate. Let him sweat it out. Read it to him and tell him there are no more copies left. You bought the last one. Make him beg or take him to the mall and let him try and find it there. Where? At the mall. Whoops,probably won't be there. Too bad, because it's hilarious and I love the way the author also writes through that mysterious fifth wall. The one holding up the basement.
Read more
Helpful
Report abuse

Michela Pasquali
5.0 out of 5 stars Filled with silly humour and engaging characters from beginning to end
Reviewed in the United States on February 26, 2013
A very funny story that twists the Hansel and Gretel fable into modern times, where an elderly version of the brother and sister duo tries to use sweets (cooked on a hot plate in their rat-infested basement apartment) to win the hearts (if they had any!) of their thankless relatives. I loved that Hanzel is so resourceful (and handy with his iPhone) and that Gretyl is more concerned about the state of Wicked Wendy's similarly rat-infested basement than she is of having been locked in there in the dark. Tim Hurley has created a fun, well-paced story that is filled with silly humour and engaging characters from beginning to end.
Read more
Helpful
Report abuse
See all reviews
Back to top
Get to Know Us
Make Money with Us
Amazon Payment Products
Let Us Help You
EnglishChoose a language for shopping. United StatesChoose a country/region for shopping.
© 1996-2021, Amazon.com, Inc. or its affiliates