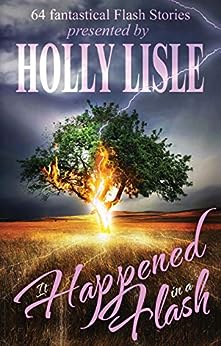 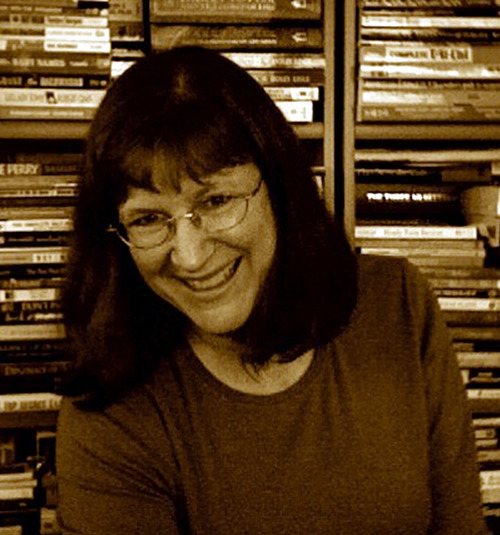 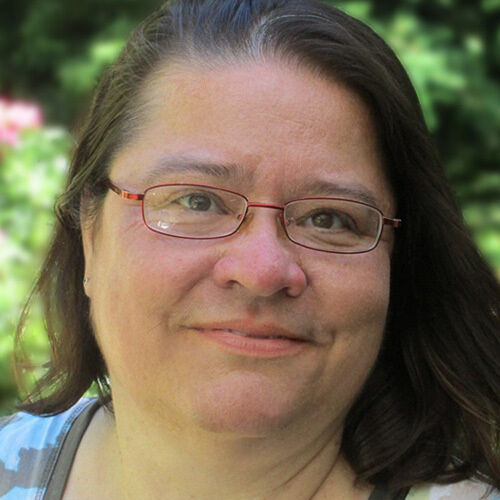 It Happened in a Flash: An Anthology of 64 Bite-Sized Stories Kindle Edition

In one instant, like a bolt of lightning, a single impossible event changes a person’s life. And like the trace of lighting in the sky, each is unique and interesting.

These wildly different flash stories delight, astonish, scare, and inspire. Enjoy 64 delightfully eclectic tales. Like your flash fiction intriguing with a twist? Discover the diversity and check out “It Happened in a Flash”.

Vanessa Wells
5.0 out of 5 stars Worth Savoring
Reviewed in the United States on December 19, 2018
Verified Purchase
Let me start by saying that I have a tendency to race through books. I love to get to the end.

That said, it took me nearly three days to read this book. Not because the stories didn't hook me; they did. Some of them hooked me so hard that I emerged from reading them with the slight befuddlement that characterizes a really good novel. The thing is, each of these tiny stories is a real story. There are 64 different writing styles. Some of them I read in twos and threes. Some of them I read on their own, and had to take time to absorb them before I moved on.

I like flash fiction, but in most cases, it's the cotton candy of the fiction world. This book isn't fluff and filler. Just short, fully-formed stories that do all the wonderful things that stories do.
Read more
7 people found this helpful
Helpful
Report abuse

G G
4.0 out of 5 stars fun mix of stories
Reviewed in the United States on September 22, 2019
Verified Purchase
I've read some flash fiction before, but never an entire book of it! The premise behind it was fun "In one instant, a single impossible event changes your character's life." Each of the brief stories here have that as the premise but the execution varies as much as the authors do.

All are within the PG-13 or less guidelines so could be nice read aloud stories to a variety of listeners.

They're fun, fast, and entertaining tales. They range from fantasy, urban fantasy, mild horror, and science fiction and all the realms in between.
Read more
5 people found this helpful
Helpful
Report abuse

Patti Hays
VINE VOICE
5.0 out of 5 stars Creative bursts
Reviewed in the United States on September 22, 2019
Verified Purchase
Taking on a monster collection at the last few hours but just getting in as much as I can.
A love of music and mermaids, hope in the face of grief, a kingdom of words that confused the heck out of me, domestic abuse, a fortuitous solution to bullying, a tale based on a T-shirt ( how clever!), precognition, a reunion mystery, a portal or a dream?, and failed music lessons.
A lost muse, missing half of yourself, maintenance trickery, visions of death, ask and ye shall receive, shady medical practices and contracts, skimming, loss of gravity, surprising heroes, and keeping imagination alive.
As invisible as a librarian, the wrath of a woman wronged, survival, define what living means, a visiting relative or something entirely different, one day on the train, blameless, a new perspective, protecting loved ones, and strange partnerships.
The cross over, cat vocabulary, a child taken, literary justice, saved by magic, the smartest of homes, a cats purpose, ascouts motto, party of one, and an unexpected gift.
A kingly meal, reset me please, hidden purpose, going home, and so the world was born, defend yourself, an odd shoe tale, a teaching assistant, shades of Igor, and a child’s superhero.
A moment captured then lost, a lesson for a caregiver, appreciating the green of your own lawn, the right place at the right time, art appreciation, after party clean up, never judge with your eyes only, regaining ones spirit, till we meet again, and regaining consciousness.
Birthing a parent, psychotic revenge,coming full circle, and peace after great loss.

This collection of little glimpses is truly entertaining and perfect for quick reads between life’s mundane chores. Above are my first thoughts after reading each. All my reviews are always voluntarily written.
Read more
3 people found this helpful
Helpful
Report abuse

Trisha Makowski
5.0 out of 5 stars Excellent flash stories over a wide range. Definite "bus to work" book. Am looking forwards to reading more from all the authors.
Reviewed in the United States on December 15, 2018
Verified Purchase
Solid writing. Good pieces. Easily worth $1 for a print copy, as a freebie its a bargain. If theyre this good. Im looking to take Hollys classes to get that level of skill
Read more
7 people found this helpful
Helpful
Report abuse

Reynwood
3.0 out of 5 stars I used it as a learning tool.
Reviewed in the United States on December 5, 2019
Verified Purchase
I decided to read this book when I tackled Holly’s course, How to Write Flash Fiction that Doesn’t Suck, because I learn best through observation and hoped that reading these stories would help me see what the aim of the game was.
Through these stories I’ve found a few that I enjoyed, but most of them didn’t excite me, and a good few of them I didn’t understand. Granted, this has been my first foray into the world of flash fiction, and with any new thing it takes some getting used to, but overall I liked it.
Read more
2 people found this helpful
Helpful
Report abuse

G. Walden
4.0 out of 5 stars Something for everyone!
Reviewed in the United States on September 22, 2019
Verified Purchase
The stories are by students of Holly Lisle's writing course and what a fun way to find new authors to check out. From mermaids, unicorns, portals, instantaneous travel, shifters, even dragons. Oh, and even sweet revenge, there is a little something for everyone.
Read more
3 people found this helpful
Helpful
Report abuse

menab
5.0 out of 5 stars So good
Reviewed in the United States on May 1, 2019
Verified Purchase
Bite sized short stories is right. I love it! I love to read but sometimes I only have a few minutes and these stories are perfect. Great stories.
Read more
2 people found this helpful
Helpful
Report abuse

Ranger71
5.0 out of 5 stars Interesting
Reviewed in the United States on September 21, 2019
Verified Purchase
Having not read any flash fiction before,I didn't know what to expect. I was pleasantly surprised by the quality and variety of stories in this collection.
Read more
One person found this helpful
Helpful
Report abuse
See all reviews

Alyssia Cooke
4.0 out of 5 stars Flash fiction
Reviewed in the United Kingdom on October 31, 2019
Verified Purchase
I've never read flash fiction before other than the occasional piece of fanfiction here and there. Knowing that I often struggle with shorts, finding they have to be pretty near perfect due to the format, I was wary but thought it worth a gander. I was surprised therefore by just how much I enjoy this. Each story is 500 words or under and that's challenging to write, but as a show case of Holly Lisle's writing classes this is quite impressive. I enjoyed near all of these stories, some obviously more than others, but the breadth of ideas here is interesting.

Due to the nature of the writing here, this would be an ideal read for train journeys or work breaks. You can obviously dip into and out of this without needing to sit for a long time. The writing styles are obviously very different, as indeed are the themes, characters and to a point genre. But there is something to be found in all of these little stories and I found the way everyone took a vague story prompt so very differently makes the premise of this really interesting.

So this is certainly an interesting premise and it is well executed. Will I be reading more flash fiction? Not as my main type of fiction as I enjoy the depth that can be found in epics... but I wouldn't be adverse to reading more if I find it.
Read more
Report abuse

Elizabeth Ducie
5.0 out of 5 stars Wonderful Mix of Stories
Reviewed in the United Kingdom on December 29, 2018
Verified Purchase
A great book of flash fiction, all stemming from the same trigger - and all so incredibly different. It just goes to show how diverse the minds of writers can be. I enjoyed all the stories, especially The Book Thief, Corrected Vision, and Tacky. Great for dipping in to - or reading in one go, as I did.
Read more
Report abuse

Kindle Customer
4.0 out of 5 stars Steady anthology
Reviewed in the United Kingdom on September 22, 2019
Verified Purchase
Although the stories are a little short for my personal preference there is variety and you can pass an afternoon comfortably entertained. The Dare was probably my favourite
Read more
Report abuse
See all reviews