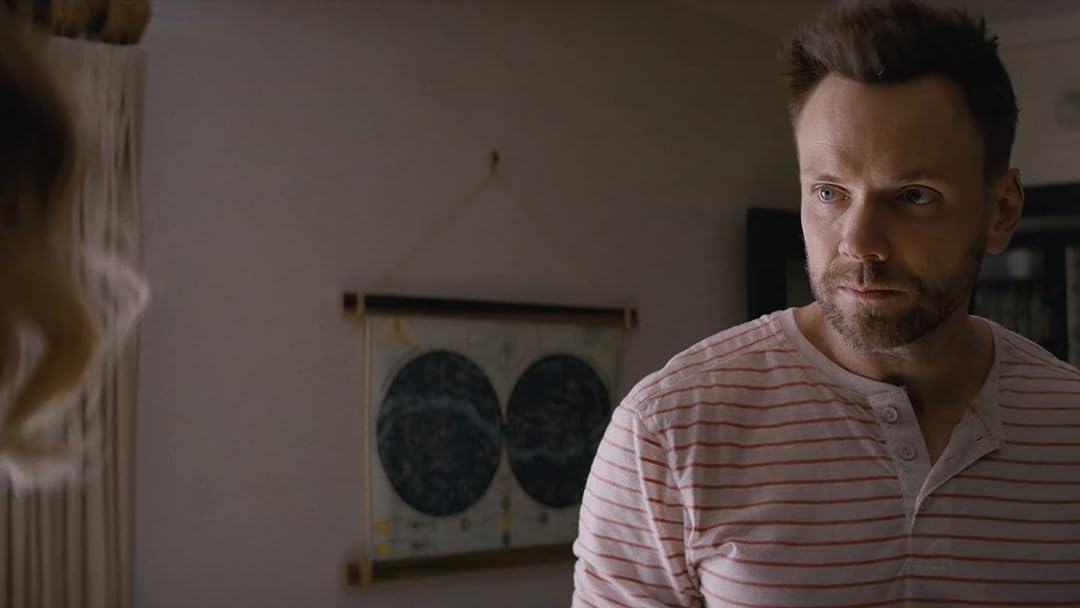 (1,544)
5.31 h 35 min2021R
A happily married couple (Joel McHale and Kerry Bishé) discover their friends are resentful of their lustful relationship. When a visit from a mysterious stranger leads to a dead body, they begin to question the loyalty of their so-called friends.

Michael WReviewed in the United States on March 21, 2021
1.0 out of 5 stars
Spare two precious hours of your life from this monstrosity
Verified purchase
A few questions I had during this movie and in the 24 hours after I watched it:

2) Does the director have footage of the producer committing a heinous act on a small child or an animal? Could be both, but it's at least one or the other.

3) How did this preposterous, leaden script attract a decent cast? (And by decent, I mean, it's a B- cast, but there is some comedic talent which is utterly wasted.)

In fairness to the English language, I can't call what I'm about to write "spoilers" because that would indicate that there is something worth preserving in the film "Happily". There isn't. But yes, I'm about to tell you some of the things that happened in the movie.

First, I don't write a lot of reviews, but when I do it's generally to rave about a good or service that I've enjoyed. There's enough negativity in the world, and I try not to add to it. And as I rip apart this cinematic abortion, I think I'm being philosophically consistent because on top of being a humorless, intellect-deadening bore, this movie is devoid of anything that adds to culture, art, knowledge, joy or pleasure.

The leads are an attractive 14 years-married couple named Janet and Tom. They can't keep their hands off of each other. They're madly in love. They have cute conflicts that resolve quickly. And they have lots of sex, often in inappropriate places.

Janet and Tom go home. They tell each other that they're normal, happy and everyone else is just jealous.

So at this point, we're about twenty minutes in. There's no real story. There's no reason to care about any of the characters because there's nothing that's really been established in terms of plot.

Then there's a knock at the door. It's Goodman, played by the usually winsome Stephen Root. Goodman is wearing a suit. He has a briefcase. He's a little creepy. He asks Janet and Tom to sit in their living room. Then Goodman explains that he needs to inject Janet and Tom with a green substance in two syringes that will make them a normal couple.

Janet kills Goodman by hitting him from behind with a blunt instrument.

Janet and Tom bury Goodman. Then they are re-invited to the couples weekend. They go to a weird house and run out of booze. Janet goes to a liquor store. She sees Goodman drive by.

Fast forward to the last fifteen minutes of the movie. The five couples are asked over intercom by an unseen Goodman to sit in a circle and confess cheating, lying and spousal abuse before they can leave their AirBnB rental. They do. Then they leave.

Then Goodman hands Tom a check which Tom tears up.

As stupid as it sounds, I assure you, it's worse. And not in a Plan 9 from Outer Space so-bad-it's-good kind of bad. It's a bad that is simultaneously depressing and infuriating. It's a bad that makes time move slower, like you can actually hear your hair grow.

Spare yourself two painful, pointless hours you'll never get back.

Scott L.Reviewed in the United States on March 21, 2021
1.0 out of 5 stars
This movie is terrible.
Verified purchase
With Stephen Root and Kerry Bishé you would think this would be a good movie, but that is not the case. This movie was a waste of my $6 and the amount of minutes it took to watch this thing. It was like watching a Black Mirror episode done very badly. None the of the characters were developed at all. My wife made me watch this because she listens to Paul Scheer on "How did this get made?" So, lets hear it Paul. How did this giant turd of a movie get made? You had a front row seat buddy.
12 people found this helpful

SRReviewed in the United States on April 25, 2021
1.0 out of 5 stars
Lost in translation
Verified purchase
This is Joel Mchale's best movie because he acts nothing like Joel Mchale and is incredibly ripped and easy on the eyes. The overall theme is, happiness and honesty, and how everyone around them seems to be annoyed that unlike themselves, have remained happy and sexually active for over a decade. As they prove that they are indeed not perfect, everyone around them subtly starts accepting their own truths. The scenes that segway each other together are done in a "she must be daydreaming" manner only to find out that it's the actual scene taking place. It felt silly. This film was executed in a way that falls short. I expected a comedy due to the actors featured in it. Something fun and exciting and was left with large budgeted art school dribble.
5 people found this helpful

GuestReviewed in the United States on April 19, 2021
1.0 out of 5 stars
Unfunny, nonsensical, a waste of time.
Verified purchase
Makes zero sense from the first ten minutes. They kept going back and forth from normal sort of movie format, to this low rent attempt at being artsy, sort of a wanna be David lynch vibe. Doing a horrible job at it of course. Lots of funny people cast for this extremely unfunny pile of nonsense. Definitely one of the worst movies I’ve seen in quite a while.
6 people found this helpful

Bella WilsonReviewed in the United States on March 28, 2021
1.0 out of 5 stars
Slow and boring k
Verified purchase
One of the worst I’ve picked and I’ve picked some bad ones.
9 people found this helpful

MattReviewed in the United States on March 22, 2021
3.0 out of 5 stars
Joel Mchale: hot. The rest: 😬
Verified purchase
4 stars for the sexy first 30 minutes maybe. Everything before the "murder" seems like great set up. It ultimately doesn't pan out coherently unfortunately. A lot of indie film society darling pictures like this, Flower, Assassination Nation, Beside Still Waters use a suburban backdrop or sometimes a single house location and then fill out the ultimately wrongheaded script with outrageous and wild or transgressive acts in extremis or self aware plot and character breaking hijinks.

This film restrains the impulse on the immoral acts stuff but goes a bit weird on conceit which it does go meta on and explicitly discards in a way that doesn't work and undermines the trailer promise that something is happening you'll want to see and then doesn't show up to deliver those goods.

All the same, I can't give Joel Mchale's chiseled torso any less than 3 stars, should have made the entire movie about that. sue me
5 people found this helpful

Mark G. WheatonReviewed in the United States on March 19, 2021
5.0 out of 5 stars
Kept me guessing all the way through
Verified purchase
An excellent, TWILIGHT ZONE-esque movie about an extremely happily married couple invited (?) by their friends to a nice house for a weekend of social drinking only for murder and other surreal happenings to upend their good time and force everyone to take a look at their interwoven relationships. It’s almost impossible to write about without giving too much of the plot away but suffice it to say If you’re a fan of movies like THE ONE I LOVE or THE OVERNIGHT, this may totally be your thing? Also, hardly a spoiler, but Kerry Bishé is the MVP of the pic among a cast of great talents.
3 people found this helpful

Calvin BagleyReviewed in the United States on March 20, 2021
5.0 out of 5 stars
Do you like thinking...?
Verified purchase
If you’re the type that thinks that Marvel movies are the pinnacle of cinema then this isn’t for you. However, if you like movies that keep you guessing and that you’ll want to process it after it’s over, then you’ll enjoy this.
5 people found this helpful
See all reviews
Back to top
Get to Know Us
Make Money with Us
Amazon Payment Products
Let Us Help You
EnglishChoose a language for shopping. United StatesChoose a country/region for shopping.
© 1996-2022, Amazon.com, Inc. or its affiliates