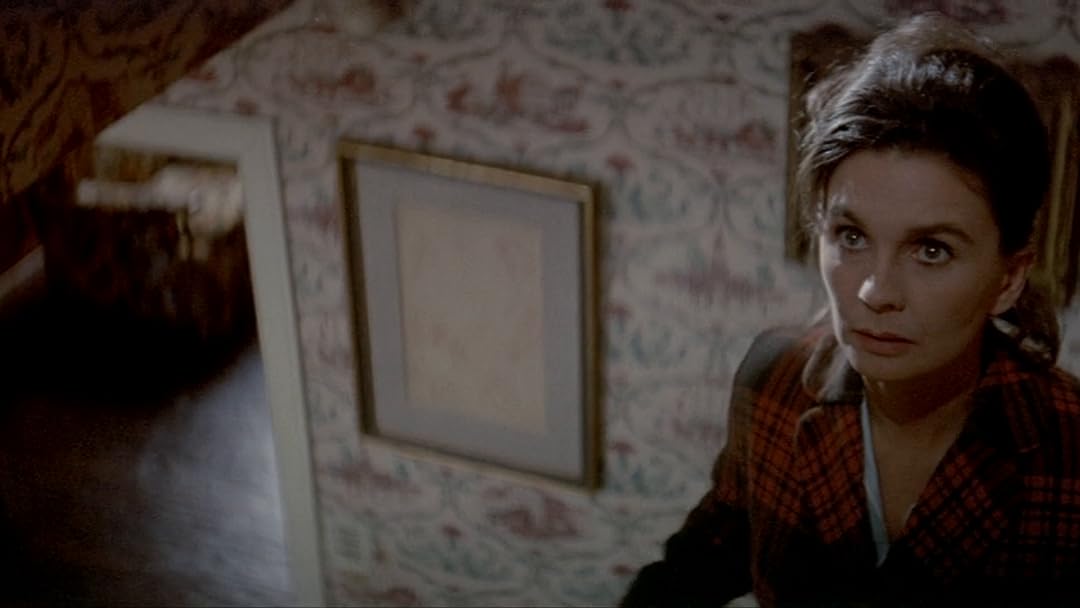 (29)
1 h 52 min1969UHD16+
Stunning performances from an all-star cast, including Jean Simmons, John Forsythe and Shirley Jones, highlight this hard-hitting and deeply personal look at marriage -- and other fairy tales.

Eddie CorbettReviewed in the United States on January 14, 2020
2.0 out of 5 stars
Our Mrs. Brooks
Verified purchase
A cack-handed and thoroughly misogynistic "Woman on the Verge" melo that did Jean Simmons no favors. Directed by her then husband, Richard Brooks, the movie wallows in white bourgeois women's supposed self-loathing, body dysmorphia, and pitiable addictions to booze and pills. Almost everything is off-key, especially the opening 1950s depiction of the couple's contravention of 1950s sexual morality (40 year-old Simmons is expected to enact a 22 year-old coed with idiotic movie fantasies of happy marriage running through the projector in her mind). Michel Legrand's music, in the context of the film, is soppy and the lyrics pretentious, even though the hit "tune" went on to immortality. What Are You Doing the Rest of Your Life? You should watch another, better movie on this theme like Bergman's "Scenes from a Marriage." In 1969, this flick must have seemed positively troglodytic to women's "libbers."
12 people found this helpful

EstellelightReviewed in the United States on July 24, 2022
2.0 out of 5 stars
"The Truth is no one wants to know the truth" Mary
Verified purchase
This is an excellent character study on the shallow notions of love and romance taught to women and men.
The women spend their time trying to defy aging. They cling to youth knowing that there will always be someone younger and slimmer being born every day.
When these self-absorbed women slowly fall off the royal, youthful throne of beauty they spend their time doping themselves up with pills along with trying the latest creams, breast enhancing surgery, fad exercise, diets, and/or plastic surgery.
The males are culpable and go along with these immature notions of "happy endings" in order to please the woman they want to marry. Some of the men go along with the plan and perform their expected husbandly duties/rituals while pleasuring themselves on the side with sexual flings.
Truthfully, there is no permanent place where "happiness" resides, for happiness comes in moments. These unhealthy ideas are not the values to build a marriage upon. Romance is the weakest foundation to build a relationship upon. Please folks don't build your house upon the sand.

R. VillarrealReviewed in the United States on May 17, 2021
5.0 out of 5 stars
A Great Movie...
Verified purchase
After many years of having seen it on a cinema, I finally get to own one of the best films directed by Richard Brooks, here as a complete author. Jean Simmons gives one of her best performances (and she gave plenty...). It anticipates some of the best american movies about women and their human and social condition that would be important subjects during the next decade: the impressive "Diary of a Mad Housewife" or the exceptional "An Unmarried Woman". A wonderful Blu ray edition with a crisp image and a superior sound ("What Are You Doing the Rest of Your Life'" is the theme song: wonderful!). It arrived perfectly and on time.
2 people found this helpful

KummoitReviewed in the United States on July 30, 2010
3.0 out of 5 stars
A DARIN fan!!
Verified purchase
Including S&H charges, this item cost me $120.00. All that, because I am a huge BOBBY DARIN fan (billed here as ROBERT DARIN) and I had been told that while his time on the screen was limited to more or less ten minutes, it was a riveting 600 seconds. That, it was!
Richard Brooks wrote and directed this movie, and that in itself is your assurance of quality. His wife at the time (at least that's what THEY tell me!), the beautiful Jean Simmons is the star of the vehicle. Gets top billing anyway! There are, however, other excellent actors among the cast, notably, the ever-dependable JOHN FORSYTHE, the delicious SHIRLEY JONES (who would have been my EVE had I ever gotten around to making a movie about ADAM & EVE) and the always solid LLOYD BRIDGES. Rounding out the cast are Teresa Wright, Dick Shawn, Nanette Fabray, Tina Louise, Kathy Fields and Karen Steele. Not to be overlooked is the "Music by Michel Legrand".
Production-wise, this is a very good film. The subject matter however, a deeply personal look at marriage, is not really my cup of tea (paralysis of analysis, you know!!). Should it happen to be yours, then you will no doubt enjoy this movie. Call your friends and see this on Girls' Night Out. You should all eat it up! That is, if you can find a copy of the movie.
7 people found this helpful

Alejandra VernonReviewed in the United States on March 1, 2005
4.0 out of 5 stars
vodka straight up and marriage on the rocks
Verified purchase
Though this film was made in 1969, it is a portrait of many contemporary women, who are drowning in a sea of their emotions, and letting the awareness of their feelings supersede a rational appraisal of their situation, ending with the use of alcohol/pills to "manage" their moods. I know far too many Mary Wilsons, the character so beautifully played by Jean Simmons, who captures the emptiness of a woman lost in a 15 year marriage; she has a good, loving husband, a beautiful daughter, and more than enough money to cover her needs...yet all these blessings elude her, as she longs to return to the romantic fantasy she remembered experiencing while courting, though "nothing is the way it was, not even then."
Many of the events are told in flashback, as the dread of an anniversary party creates stresses that Mary cannot handle.

The stunning, luminous Ms. Simmons is surrounded by an excellent cast, with John Forsythe as hard working husband Fred, Nanette Fabray as a housekeeper who tries to pacify Fred while she enables Mary with her tray full of pills and bottles of vodka, Teresa Wright as Mary's mother, and Shirley Jones as her college chum who is mistress to married man Lloyd Bridges. Bobby Darin plays gigolo Franco, and others include Dick Shawn and Tina Louise. Simmons was nominated for a Best Actress Oscar, but lost to Maggie Smith in "The Prime of Miss Jean Brodie."

Written, directed and produced by Richard Brooks, it has a nice, tight script, with a rather interesting way of ending the film with a question mark. Though it has its flaws, there are many scenes that make this film worth one's time, with the added attraction of Conrad Hall's cinematography, and Michel Legrand's score.
The soundtrack is wonderful, and features the Oscar nominated song "What Are You Doing the Rest of Your Life ?" with lyrics by Alan and Marilyn Bergman, and sung with much tenderness by Michael Dees (it lost the Best Song race to the Bachrach/David "Raindrops Keep Falling on My Head"). In the casino bar scene, there is a piano version of "The Windmills of Your Mind," one of Legrand's most melodic and haunting songs, which he wrote for the 1968 film "The Thomas Crown Affair."
Total running time is 113 minutes.
36 people found this helpful

GkatarinaReviewed in the United States on July 9, 2022
2.0 out of 5 stars
Like cotton candy
Verified purchase
All i can say if you want to see the bored and unhappy well-to-do's melodrama where the upscale crowd does whatever feels good, this will be the indulgent story you may want to watch. I regretted wasting my time by the time it ended..

JimReviewed in the United States on July 15, 2022
1.0 out of 5 stars
Trying Too Hard
Verified purchase
A great group of actors in a poorly written and cheaply produced motion picture. Watch something else, this is soooo depressing and goes nowhere, I stopped 3/4 of the way deciding my life was too short to waste on this dreck.

Judith A. GrubbeReviewed in the United States on February 22, 2018
4.0 out of 5 stars
Well acted woman’s movie
Verified purchase
It was really good but sad. It was a great movie for its subject matter especially right around the late 60s and the feminist movement. Great quality blu ray
One person found this helpful
See all reviews
Back to top
Get to Know Us
Make Money with Us
Amazon Payment Products
Let Us Help You
EnglishChoose a language for shopping. United StatesChoose a country/region for shopping.
© 1996-2022, Amazon.com, Inc. or its affiliates