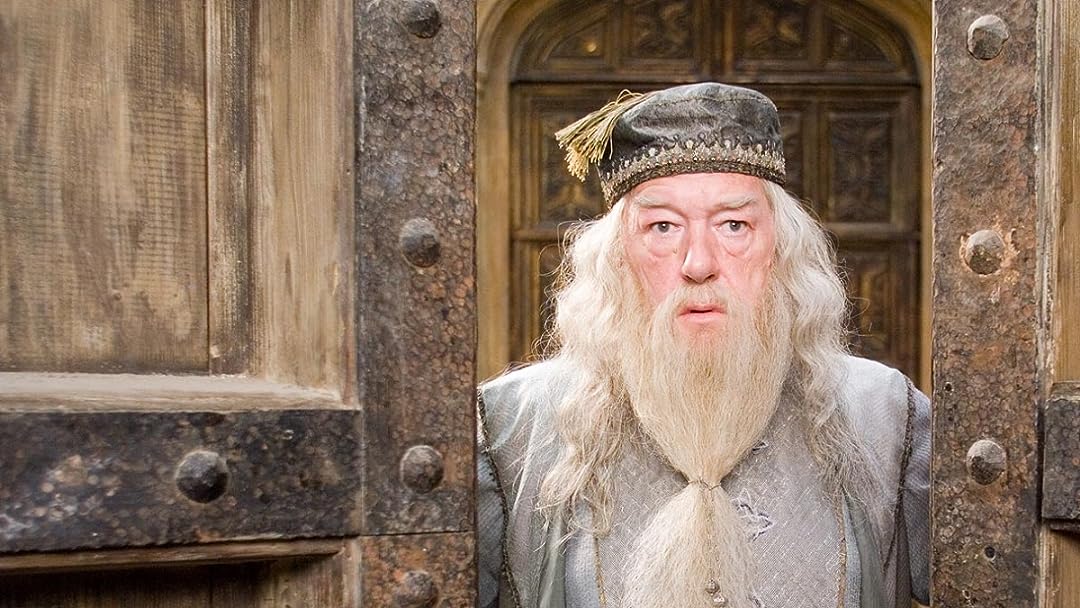 Harry Potter and the Order of the Phoenix

(48,087)
2 h 18 min2007X-RayPG-13
Lord Voldemort has returned, but the Ministry of Magic is doing everything it can to keep the wizarding world from knowing the truth.

Axl RoseReviewed in the United States on July 26, 2019
1.0 out of 5 stars
Don't buy this movie from Amazon
Verified purchase
This isat least the 3rd time I have bought this movie from Amazon, and the reason is that the discs they use to put the movie on screw up at the point in the movie where Harry becomes the snake in his mind and attacks Mr. Weasley. It won't play beyond that. Every copy I bought here stops at that precise moment and then refuses to play beyond that. This is the Fullscreen version; I don't know about the Widescreen version, but I wouldn't risk it all the same. Don't make the same mistake I did; buy this movie elsewhere.
31 people found this helpful

Abigail GollaReviewed in the United States on February 2, 2018
1.0 out of 5 stars
Didn't work!
Verified purchase
I was all ready to watch Harry Potter and the Order of the Phoenix when I discovered that the disc was not working properly. After multiple failed attempts at using the brand new disc directly from the package, I was quite frustrated with the product. The credits started playing completely fine until the main screen option of the movie-- a pixelated version of the movie played which skipped around. After looking at the disc itself, there appeared to be damage which would be the cause of the skipping. Amazon doesn't allow for return on this product, so now I'm stuck with a broken DVD. Not happy!
35 people found this helpful

IkolaReviewed in the United States on October 25, 2020
1.0 out of 5 stars
Edited to the point it sucks
Verified purchase
This movie is edited so much that the only thing left is the story line. They skip parts that build charecter development. That makes the harry potter a classic this film was butchered to the point it sucks DO NOT BUY get it on dvd orherwise you miss out on a lot pluss if you have kids that love the movies they complain so much about missing content you need to buy aspirin with this version.
12 people found this helpful

KeananReviewed in the United States on June 13, 2019
2.0 out of 5 stars
Subpar movie of a great book.
Verified purchase
Please don't judge this book series by their movies. The movies, including this one, focus more on the special effects and magic. What they miss is the narrative of the story and character development. The author cleverly selects details to weave together and remind us of later to construct an enthralling tale, whereas the movies shows us a series of disconnected scenes that in and of themselves are fascinating, but do little to carry a plot. (side note: where the heck is Peeves?!)
19 people found this helpful

rebekaReviewed in the United States on September 25, 2019
3.0 out of 5 stars
Didn’t come with the cardboard sleeve
Verified purchase
I’ve been buying the hp movies all individually as the 2 disk set but this one didn’t come with the sleeve. Is there anyway to get just the sleeve? My collection feels strangely incomplete when this is the only movie missing it’s cover.
16 people found this helpful

Axl RoseReviewed in the United States on April 14, 2019
1.0 out of 5 stars
Piece of CRAP!
Verified purchase
This is the third copy of this movie that I have bought from Amazon. It stops playing around the part where Harry is having dreams about the door at the Department of Mysteries. Even trying to go to the Screen Selection Menu didn't help because the disc won't play anything past that one scene. I bought all of the Harry Potter DVDs from Amazon, and this is the only one I have had to replace. And it doesn't matter if it's fullscreen or widescreen; they both stop playing. I know FOR A FACT that it isn't my player. The DVDs this movie is being putting on are defective. DO NOT BUY THIS MOVIE FROM AMAZON!
13 people found this helpful

Phillip AllenReviewed in the United States on June 14, 2021
2.0 out of 5 stars
NOT THE BEST OF THE FILM SERIES, BUT SOMEWHAT PASSABLE
Verified purchase
Compared to the previous film, this is at least a step, a small step, in the right direction. Not entirely, of course. This shares some of the conspicuous defects of film 4; however, at the very least, the acting (for the most part) is not so extravagantly over the top as to detract from the story. In fact, there are many instances in this film where the performances are positively restrained -- a positive step up from film 4.

This is not, of course, one of my favourites. But it is passable. Imelda Staunton does a more than admirable job of making you detest her character completely. She creates a character almost as hateful and despicable as the one you read about in the novel. However, as is the case with most films, her character is often portrayed more as a caricature than a real person. Unfortunate, this. Still, she is worth watching.

The other performances have been toned down as well, fortunately. Perhaps the single stand-out performance is that of the character Luna Lovegood, who is presented not as some lunatic, but as a very thoughtful, though somewhat extravagant personality. And the result is that she comes off as thoroughly loveable. You fall for and accept her "madness" immediately.

I'm not sure if the improved performances are, again, due to the more masterful direction or perhaps that the studio limited their interference with the project or took a more hands-off position. Whatever the case, it improved the end result quite obviously.

I can indeed recommend this film, unlike number 4. It does at least provide you a bit more insight into most of the primary character's personalities, which is one of the principal goals of any film. And the single more powerful segment of the film is toward the end, of course, when Harry, possessed by Voldemort, must fight him off internally rather than externally, through physical or magical battle. This was definitely a memorable moment. Shame really that the entire film did not carry this same gravitas. Still, for what it was, the experience was definitely worthwhile.

Kate DReviewed in the United States on August 20, 2016
5.0 out of 5 stars
Harry Potter and the Order of the Pheonix Continue To Thrill People of All Ages
Verified purchase
The fifth installation of the Harry Potter Series continues with the story of The Order of the Phoenix, an anti-Voldemort group of witches and wizards who are trying to help Harry Potter to save the world. The film was brilliantly written, directed and produced and the all-star cast returns yet again to make this an instant classic to add to any collection. Harry Potter appeals to people of all ages and will continue to do so for ages to come. I would definitely recommend this series to anyone who enjoys a little magic, a little sci-fi, a little mystery, a little drama, and a lot of heart.
22 people found this helpful
See all reviews
Back to top
Get to Know Us
Make Money with Us
Amazon Payment Products
Let Us Help You
EnglishChoose a language for shopping. United StatesChoose a country/region for shopping.
© 1996-2022, Amazon.com, Inc. or its affiliates