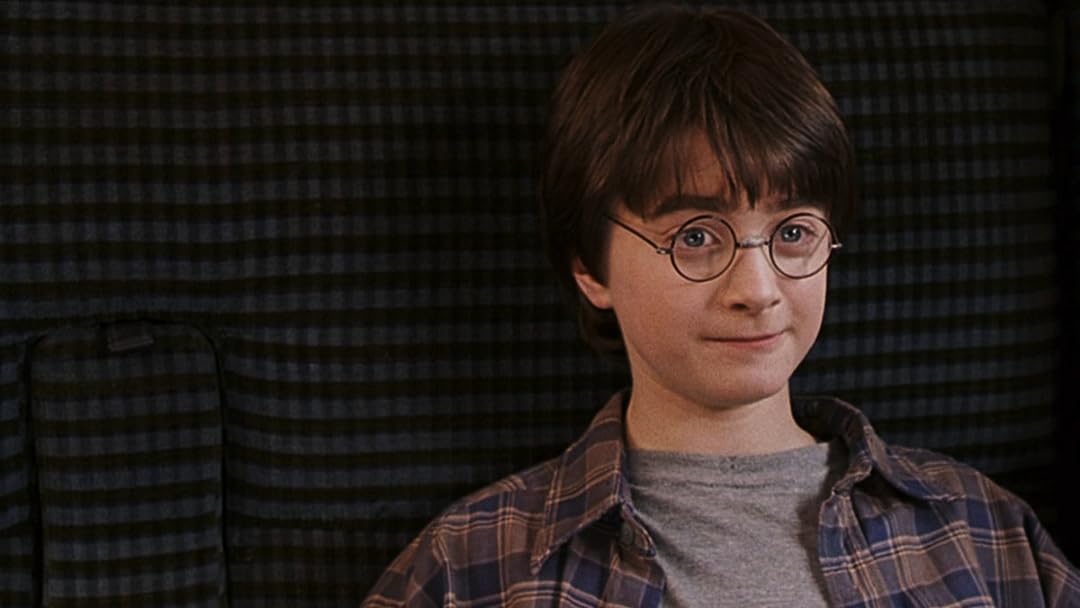 Harry Potter and the Sorcerer's Stone

(74,989)
7.62 h 32 min2001X-RayPG
Based on the wildly popular J.K. Rowling's book about a young boy who on his eleventh birthday discovers, he is the orphaned boy of two powerful wizards and has unique magical powers.

NicReviewed in the United States on May 12, 2017
5.0 out of 5 stars
Extended Version
Verified purchase
This includes the extended version with the extra scenes sometimes aired on ABCFamily/Freeform.
103 people found this helpful

Raisuli the MagnificentReviewed in the United States on October 19, 2019
3.0 out of 5 stars
This strikes me as being more designed than created
Verified purchase
Given that a lot of scifi and fantasy media today, and perhaps since the 70s, are designed to contain multiple messages for the viewing audience, it's difficult for me to rate this film highly, even though I really do want to.

Harry Potter himself has a John Lennon look, which leads me to wonder if it was intentional or part of Rowling's imagination at work by drawing on her pas memories. Dumbledore and Rebeus, to me, look both like an homage to the Spirit of Christmas present from Dickens. Again, was that intentional? I want to think not. And Professor Minerva McGonagall reminds me of the stereo typical which, but one with a heart of intellect and gold. That's a plus, but it does, for me at least, call to question how much of these characters were inspired, and how much of them were designed.

Typically big budget projects have a social agenda to them, and to me this one feels like guiding youths towards being skeptical in spite of all of the magic and sorcery that takes place within the movie. It also feels like an attempt to make the readers and movie goers feel special as they see themselves within the characters. Again, is that by Rowling's imagination and intent, or might there be some social psychologist injecting a bit more into Rowling's work?

As a movie I liked it. Even though I saw all of these potential shortcomings, I didn't get all worked about possible Hollywood social media tinkering. I mean if it's there, then what can I do about it? However, at one time Hollywood was more concerned with telling a good story and not layering visual cue for the lay audience member. Whatever. I didn't read the book, have no intention of doing so, but had never seen the first film in the series, so I rented it.

Visually the production values are really out of this world, but the plot tends to get overshadowed by the personal story, and in the end the film that we're left with is a kind of unresolved Charlie and the Chocolate Factory kind of film. That is to say what's going to happen to Harry and friends? Well, perhaps that's the reason the whole franchise was created in the first place.

R. DorrReviewed in the United States on November 15, 2016
3.0 out of 5 stars
2016 Blu-ray 2 disc release (Sorting Hat cover)
This release is the Sorcerer's Stone BD discs from the 31 disc Hogwarts Collection (or the 3 disc Ultimate Edition).

In short, if you're a serious fan (but not a crazy, obsessive fan) and you want worthwhile extras, this is the release to get.
179 people found this helpful

Kindle CustomerReviewed in the United States on September 6, 2018
5.0 out of 5 stars
Exactly what I was looking for!
Verified purchase
I'm so glad that this Blu Ray edition comes with the option to watch the deleted scenes as part of the film! The picture is great and so is the sound quality. I have yet to see the bonus features, so I can't comment on those. I am very happy with this purchase!
34 people found this helpful

ONESFUTUREReviewed in the United States on February 5, 2020
5.0 out of 5 stars
A change in perspective.
Verified purchase
You ever do something stupid, I mean, really really really dumb when you were younger and thought" Wow, that's the dumbest thing I'll ever do" ...but then you do something that tops that? Welllll I just did that today. I did the dumbest thing I've ever done today and I've been thinking "WoW, I'm, like, impressively stupid."
...was thinking that for a while, but then I got over it and decided to watch this film again and Wow it's still really good! 5 STARS OUTTA 5!
15 people found this helpful

AmazonFanReviewed in the United States on November 26, 2018
4.0 out of 5 stars
Fun to watch
Verified purchase
I just finished re-reading the books for the first time since they came out so I decided to finally watch the movies. It was really fun to see everything come to life. It's hard to imagine how someone who hasn't read the books would get enough out of the movies to enjoy them. The movies kinda feel like it goes from one thing to the next without much ceremony. I do understand it's necessary when you're condensing a long novel into two hours though.
23 people found this helpful

ptcReviewed in the United States on November 10, 2018
1.0 out of 5 stars
Tediously clever
Verified purchase
I only made it to the 30-minute mark, but that was quite enough to know that this is a tortured pile of "look! isn't that fabulous?!!!!!" In other words, an inventive mind presuming that it's creative. The net result is banal.
15 people found this helpful

JumpDivineReviewed in the United States on March 18, 2020
5.0 out of 5 stars
It's been a long time
Verified purchase
It's been a while since I've watched this movie, and man did I laugh and cry. I felt like a good again, going 'woooah' and 'wooow' at the world on screen. It left me in a good mood. Sad I had to rent instead of being able to buy it.
7 people found this helpful
See all reviews
Back to top
Get to Know Us
Make Money with Us
Amazon Payment Products
Let Us Help You
EnglishChoose a language for shopping. United StatesChoose a country/region for shopping.
© 1996-2022, Amazon.com, Inc. or its affiliates