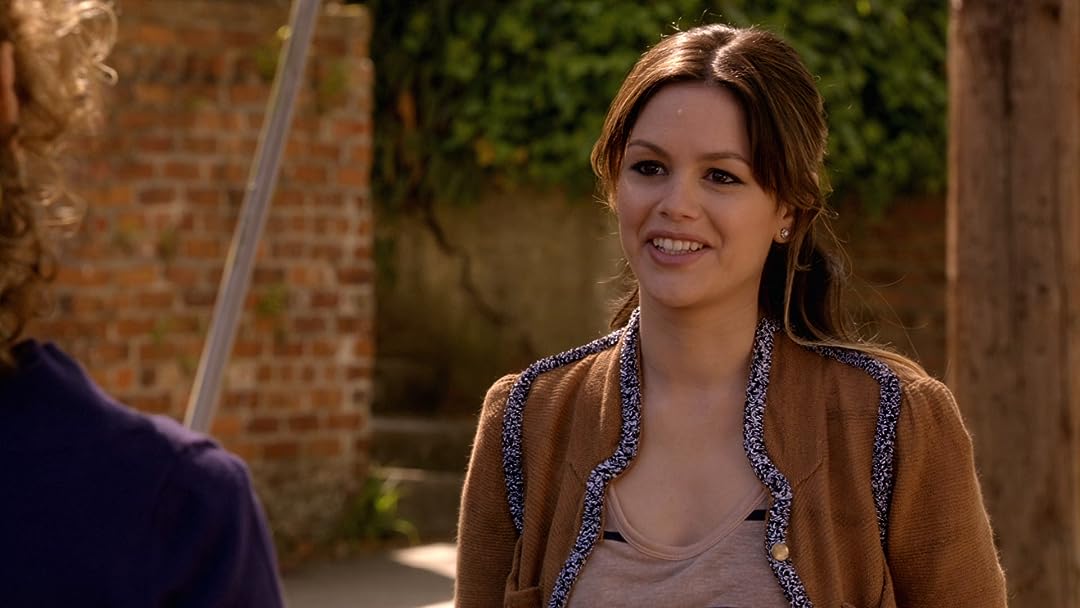 Lori A. BryceReviewed in the United States on January 6, 2020
5.0 out of 5 stars
Shows that have seasons are worth collecting.
Verified purchase
If you love a show, like we do, and it becomes unavailable to watch, this is the best solution. When you find something you love, it's worth putting together the collection of the series to have it at your advantage. We can't wait to finish continuing to build this series. Absolutely fascinating show. We're fans of a show, "The O.C.", with Rachel Bilson and this "Hart of Dixie" led us to interest in a new one called "Virgin River". Just great, fabulous storylines And acting!
10 people found this helpful

LAReviewed in the United States on July 25, 2019
5.0 out of 5 stars
Great series! Especially if you are from the South!
Verified purchase
This is a very well written show, very funny, and very good plot. The acting is really good. Refreshing from what's on TV now, so much crap. I have watched all the seasons and the only "disappointment" was when they tried to get "correct" with the modern genderisms and other social issues. I just want to watch a show for entertainment, not to be lectured to. That didn't occur until the last season or so, and it was not a major part of the story. Also, the ending is very good but super weak with the singing, it was like they didn't know quite how to end it. The "kumbaya" ending was too corny compared to the rest of the show. Like, they had changed writers or something.
10 people found this helpful

Mike S.Reviewed in the United States on May 13, 2022
5.0 out of 5 stars
A great show
Verified purchase
Hart of Dixie is a show that premiered in 2011 that takes a twist on the themes of the series Northern Exposure and Doc Hollywood. The premise of the show is that a doctor from NY named Zoe Hart (played by Rachel Bilson) fails to get a fellowship at the hospital in which she was interning. She ends up taking the offer of a stranger who attended her graduation from med school to work at his practice in the small town of Bluebell Alabama. When she gets there, she discovers that the stranger was her biological father and left her with half of the medical practice he shared with Tim Mattheson's character, Brick Breeland. What follows is a pretty typical fish-out-of-water story in which Zoe has to adjust to life in small-town Alabama and while being an outsider. The show has a fairly large ensemble cast including Cress Williams, Jamie King, Scott Porter, and Wilson Bethel. It does get soap-opera-like with multiple love triangles going on between the various characters. It has a good blend of drama and comedy (mostly about how the north views the south and vice-versa) and ultimately tells a good story.

The DVD set spreads the 22 episodes over five discs. The extras include deleted scenes, a gag reel, and a behind-the-scenes documentary that runs just under twenty minutes. A decent amount of material for those who like the extras. The show is pretty well written and acted. It is a bit formulaic and predictable and does not really do anything that is extremely new. It is definitely more of a prime-time soap opera than it is a straight prime-time drama. but it has likable characters played by a good cast, so it works. It is definitely worth picking up.

Mary CaradonnaReviewed in the United States on December 15, 2020
5.0 out of 5 stars
My ultimate favorite series!
Verified purchase
I first saw HOD 2 years ago and have watched it several times. So happy they decided to put it here when the took it off of Netflix. Its so good, definitely a feel good series. Makes you wish that they was a place called Bluebell! I have all the seasons on DVD but at least they will be streaming season 3, which is no where to be found.
6 people found this helpful

don sReviewed in the United States on March 7, 2022
3.0 out of 5 stars
poor substitute for Virgin River
Verified purchase
Was hoping for something to take the place of Virgin River. This ISN'T IT! Silly and immature. Nowhere near as good as Virgin River. Very disappointed. Characters are shallow and poorly developed. Just the point that the main character continues to walk around in her short skirts and her stiletto heels instead of fitting in with the locals is ridiculous. Acting is weak and superficial. I'd just skip this one. Sorry I paid for a whole season - $29!! Wish I could get a refund!
One person found this helpful

DiotimaReviewed in the United States on December 21, 2017
5.0 out of 5 stars
Zoe/Doctor Hart is like the center of an old 33 1/3 RPM record
Verified purchase
Zoe/Doctor Hart is like the center of an old 33 1/3 RPM record: Vital but not drowning out the surroundings whirling about her. I love "Frasier", but "Frasier" has no such low key "hub" character: "Frasier" is multipolar with 5 main characters. A similar comparison of "Hart of Dixie" might be made with the really grand Spanish soap opera, "Gran Hotel": Another multipolar drama with no orienting central persona. I lived many years in Tennessee, Arkansas, and the Florida panhandle( near Alabama ) and I vouch for these " Bluebell" characterizations & the realistic plot/s, although the Hollywood set is sometimes annoying in its fairly trivial errors, mainly having to do with nature, but also(e.g.) the very unlikely parking meters in this tiny, out-of-the-way town. I have lived, off & on in a similarly small Florida panhandle "Trump" underclass town, so I pick up on little things.
6 people found this helpful

RandyReviewed in the United States on December 20, 2021
2.0 out of 5 stars
Digital purchase of Season 1 only season available?
Verified purchase
I enjoy this show- it has a great cast, quirky humour and is one of those repeatable watches. I watched all 4 seasons on Prime/IMDBtv, with ads. Well, I wanted to purchase it thru Amazon Services so I could watch it ad free. Purchased Season 1. Finished it. Went to purchase Season 2- not available. No other seasons are available for purchase. Could I have looked to see if the other seasons were available for purchase before buying season 1? Sure, but since I purchase them season by season, normally I'm not going to look first. Can you tell me up front that not all seasons are available for purchase? I would never have bought season 1 knowing that it was the only available. 5 stars for the series, 0 stars for deceptive sales.
One person found this helpful

N. GreggReviewed in the United States on July 15, 2012
5.0 out of 5 stars
charming & addictive
Verified purchase
Totally bad for my checking account that I can't stop buying and watching episodes of this show - but I have to admit I'm completely hooked.

Charming and quirky characters. Casting is well done. This is a soap opera that's done light-handed.

The main character (Zoe) is a driven NY surgeon with a bit of tunnel vision and while she excels as a surgeon her people skills are sadly lacking. Because of this lack of people skills, her career game plan gets blown off track and she finds herself accepting an offer in an old-fashioned small Alabama town. She's the outsider and it's all uphill as she starts off with mistake after mistake - and being a small town, she's constantly under the grapevine magnifying glass.

It's all a steep uphill battle for Zoe, but little by little - episode by episode she is growing personally and professionally and also becoming part of this small, odd, community.

It's interesting in all kinds of quirky ways, and the love interests are all messed up and you have to wonder if, when and how things are going to work out -- and while there are some hot chemistry moments, they have (so far) managed to keep us from having to watch semi-porn. That she's in the business of health care in a small town where gators and snakes populate, there's always interesting story going on.

For some reason this is labeled as comedy and I don't see it as such. It's more of a charming light drama, or soap. I guess you just have to see it for yourself - chances are it'll have you hooked quickly too. It's well done.
14 people found this helpful
See all reviews
Back to top
Get to Know Us
Make Money with Us
Amazon Payment Products
Let Us Help You
EnglishChoose a language for shopping. United StatesChoose a country/region for shopping.
© 1996-2022, Amazon.com, Inc. or its affiliates