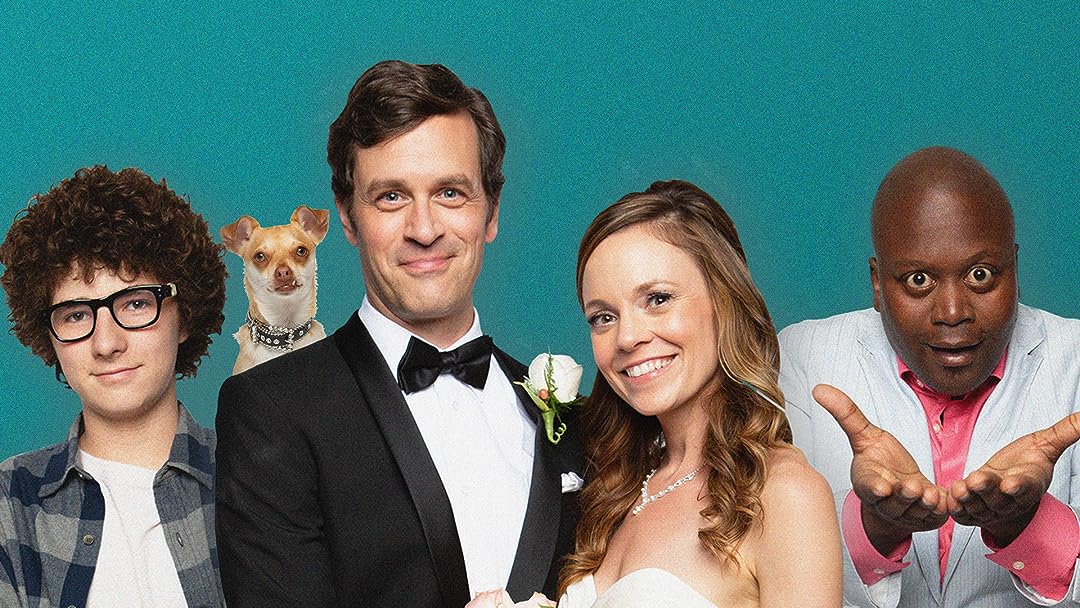 Double HappinessReviewed in the United States on April 7, 2020
3.0 out of 5 stars
I LAUGHED
Verified purchase
SPOILER ALERT.

I love the topic of psychics.

This movie was ridiculous, but I laughed throughout and it held my attention.

I enjoyed seeing Marisa Tomei, even though she only had a very small part.

(1) The character of the psychic was obviously a fake, from the beginning of the movie until the end. He even admitted to Nick that he was a fake. But, then how was he able to actually identify Mason, without seeing him or speaking to him, to tell him who is father was? He admitted to being a fake, yet, he was able to reach out into the world to Mason, just by calling out his name, and was able to tell him the name of his father. WHAT?

(2) They all drove around, going door-to-door, for an entire day, to ask all of the ex-girlfriends, face-to-face (who all happened to be home) if they were Mason's mother. But, Nick asked the last woman (the actual mother) over the phone privately, before asking her face-to-face - - not in front of Mason, like he did the others. Why? Did he have a suspicion, all along, that she was the mother? If so, then why not just go to her first, instead of traveling all day?

JLGReviewed in the United States on December 28, 2020
2.0 out of 5 stars
So-so. Stick with "Father Figures"
Verified purchase
I added this movie to my watchlist because the plot seemed halfway interesting and I wanted to see how it portrayed people who choose not to have kids.

The movie centers around 13-year-old Mason, who is facing going back into child custody because his foster mom is no longer able to care for him. With the help of a psychic ("Fabular" played by Tituss Burgess) and his biological dad ("Nick" played by Tom Everett Scott"), they go on a quest to find the biological mother. The meat of the story is very similar to "Father Figures" except not as good or as funny.

This ends up being a typical Hollywood movie: 90% of the time the main characters preach about their opinions/desires but magically in the last 10% ONE EXPERIENCE totally changes everything and they flip-flop. So that should give you a clue on the whole "I hate kids" thing.

The movie even has a "spur of the moment dance scene" that's now common in Hollywood flicks - but the dance isn't cute, funny, nor does it add anything to the story.

Ultimately, the movie held my attention and the potential bio mom's were entertaining. The role of the actual biological mom was written horribly on so many levels. It is included with Amazon Prime so watch this movie if you want something chuckle-worthy or if you're a fan of one of the actors.

Parental guide: I find it hard to believe any child would pay attention letalong even want to see this film. Certainly for older teens and adults.

Side note: One of the previous reviews said this movie was filled with black caricatures, ignore their ignorance! A nurse and police officer were played by black people, and I'm sorry but I actually liked Tituss' portrayal of the psychic.
4 people found this helpful

Forest NymphReviewed in the United States on March 3, 2022
3.0 out of 5 stars
Entertaining and Amusing
Verified purchase
Oh boy. This movie starts out hysterically funny but eventually starts to go downhill. The scumbag main character is wealthy, famous, entitled, and utterly full of himself. He lies to his fiancee about his romantic/sexual past and even about having a kid. Then the pregnant sister of the fiancee gives some sappy speech about how he loves her after giving birth, which is just complete and utter bs, the man is a total narcissist and when he finally meets the impoverished and downtrodden mother of his son he doesn't so much as offer her (or the thirteen year old kid) 100 bucks for food or something until he makes arrangements for child support. Trying to dramatize this slapstick-level comedy about some scummy creep into character development or growth honestly kind of made me angry, which I wasn't expecting.
3 people found this helpful

JohnCReviewed in the United States on September 14, 2020
1.0 out of 5 stars
Hated the plot
Verified purchase
I put this on my watch list because I am a fan of Rachel Boston and I still am a fan, she has nothing to do with my dislike of this movie; in fact her character was the only thing I liked in the short time I watched this movie. Frankly I disliked all of the other characters so much that after about 15 minutes or so I couldn't force myself to watch any more of it because I just wanted to be done with all of them: I didn't like the "I Hate Kids" author character or the creepy psychic, and I especially didn't like the teenager claiming to be his son. I want to emphasize that it's not the actors, it's the characters that just flat turned me away. I had zero interest in their world, their concerns, or "what happens next". It's a matter of personal preference: Apples-oranges, Chevy-Ford, waffles-pancakes. The whole concept and its execution was unfunny to me. I still look forward to seeing another Rachel Boston movie though, her characters are always awesome.
3 people found this helpful

LaceyReviewed in the United States on March 9, 2019
5.0 out of 5 stars
It’s Titus!!! (Kind of)
Verified purchase
I seriously only picked this movie because Im a huge Unbreakable jimmy Schmidt fan, and Titus is one of my favorites. Overall I liked the movie. The only kind of negative thing I have to say, without saying too much is that it seemed like the main plot of the movie was rushed towards the end. But I still enjoyed the movie a lot.
13 people found this helpful

errin spellingReviewed in the United States on February 28, 2020
5.0 out of 5 stars
this was a great movie
Verified purchase
it was fun and funny and happy and made good points. everyone needed each other and it all fit together wonderfully. the dog is very cute. the young boy had more sense,than everyone. the wedding is the best part.
8 people found this helpful

Jane E. SmithReviewed in the United States on May 11, 2020
5.0 out of 5 stars
Very fun movie
Verified purchase
Finally, a fun movie without gratuitous sex, few innuendos, no swear words. This movie proves that movies don't need those to be good. In fact, it's all the better for it. Enjoy it!
7 people found this helpful

E.M.PaperReviewed in the United States on July 25, 2021
3.0 out of 5 stars
This is a review
Verified purchase
I had not seen this movie before, and now I have. Titus Burgess is an actor I enjoyed, and now I have seen a movie with him in it.

Look, spoiler alert: t's a film that I have now seen and I'm giving it three stars because I reserve twos for the DC franchise and fours for literally anything that is better written than the DC franchise, and I didn't know what to do with this. Is it a comedy? Is it slapstick? Is it a dramedy? I have no idea.
One person found this helpful
See all reviews
Back to top
Get to Know Us
Make Money with Us
Amazon Payment Products
Let Us Help You
EnglishChoose a language for shopping. United StatesChoose a country/region for shopping.
© 1996-2022, Amazon.com, Inc. or its affiliates