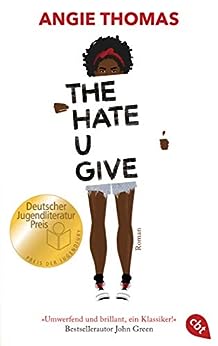 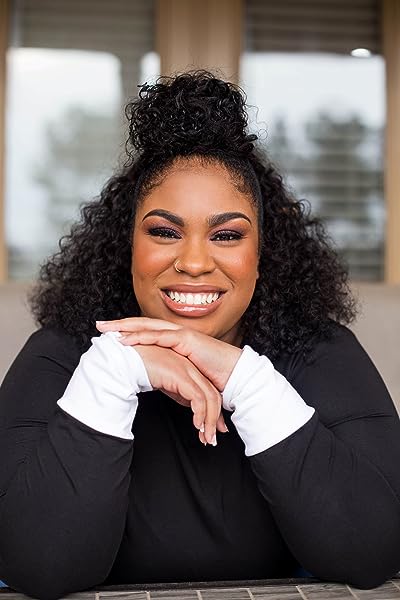 Angie Thomas was born, raised, and still resides in Jackson, Mississippi as indicated by her accent. She is a former teen rapper whose greatest accomplishment was an article about her in Right-On Magazine with a picture included. She holds a BFA in Creative Writing from Belhaven University and an unofficial degree in Hip Hop. She can also still rap if needed. She is an inaugural winner of the Walter Dean Myers Grant 2015, awarded by We Need Diverse Books. Her debut novel, The Hate U Give, was acquired by Balzer + Bray/HarperCollins in a 13-house auction. Film rights have been optioned by Fox 2000 with George Tillman attached to direct and Hunger Games actress Amandla Stenberg set to star.

4.1 out of 5 stars
4.1 out of 5
718 global ratings
How are ratings calculated?
To calculate the overall star rating and percentage breakdown by star, we don’t use a simple average. Instead, our system considers things like how recent a review is and if the reviewer bought the item on Amazon. It also analyzes reviews to verify trustworthiness.
Top reviews

Kerry B
1.0 out of 5 stars THIS IS IN GERMAN!!!
Reviewed in the United States on September 8, 2019
Verified Purchase
I’m sure the book is wonderful but it should say in the headline that this is the German version. I was looking at it on my phone when I ordered it and was just making sure the cover was the same as the one my daughter needs for her English class. This cover has a very small medallion (small on a cell phone) that indicates that it is in German.

English versions of books ALWAYS come up by default in an amazon search. If it is going to be a different language that should be very clear in the HEADLINE describing the book, not in small print or buried in the description.

OR the TITLE on the book, itself, should be in German so that it is obvious.

I noticed others have had the same issue. I hope the seller will refund my money and that I will not have to pay for shipping.

Anne Mulligan
1.0 out of 5 stars THIS IS A GERMAN VERISON
Reviewed in the United States on November 3, 2019
Verified Purchase
THIS IS IN GERMAN! It is super unclear in the description, and also took a long time to arrive to me. When I asked if I could return the book, I found out that I was required to pay shipping back. I needed the book for a class, and one of my classmates also ended up with a German copy!

(The book itself is amazing. Everyone should read it!)
Read more
One person found this helpful
Helpful
Report abuse

Colleen
1.0 out of 5 stars Buyer beware, unless you know GERMAN!!!!!
Reviewed in the United States on June 26, 2019
Verified Purchase
Wrong language! Would be nice if it stated it was in GERMAN!!! Not happy at all. I can tell others feel the same way based on all these reviews. So not happy!!!!!!
Read more
One person found this helpful
Helpful
Report abuse

KGrend
1.0 out of 5 stars Not what you think you are purchasing.
Reviewed in the United States on December 21, 2019
Verified Purchase
It is in German. Really?! I don’t remember seeing anything indicating it was in German or I wouldn’t have bought it. The cover is in English.
Read more
Helpful
Report abuse

Johni
1.0 out of 5 stars IN GERMAN, NOT ENGLISH!!
Reviewed in the United States on July 6, 2020
Verified Purchase
This book is in GERMAN!!! It's not clear on the book cover or in the description. My Amazon account's default language is English, so I am confused as to how a German book was listed first on my search.
Read more
Helpful
Report abuse

Amazon Customer
3.0 out of 5 stars Had issues
Reviewed in the United States on December 12, 2021
Verified Purchase
First off I received the book in Spanish. But was sent another one and loved it
Read more
Helpful
Report abuse

alison hager
1.0 out of 5 stars CAUTION! BOOK COMES IN GERMAN, NOT ENGLISH!
Reviewed in the United States on April 11, 2020
Verified Purchase
In German! Sent as a gift a sadly it never said the book was in German. I want a refund so I can send the correct book in ENGLISH.
Read more
Helpful
Report abuse
See all reviews

Blair Morgan
5.0 out of 5 stars Must read!
Reviewed in the United Kingdom on June 23, 2019
Verified Purchase
This isn’t a book I’d heard of. However, after coming across the film whilst on a flight in May I knew I had to read it, and I was not disappointed! It shows the true meaning of ‘you never know how strong you are, until being strong is your only choice’.
Read more
One person found this helpful
Report abuse

Rosaline L Thomas
1.0 out of 5 stars The Hate U give
Reviewed in the United Kingdom on December 3, 2018
Verified Purchase
Reason am returning this book js because of the language is written. Family is an English speaking family, therefore, this in my main reason for returning this item. The Package arrived in excellent condition.