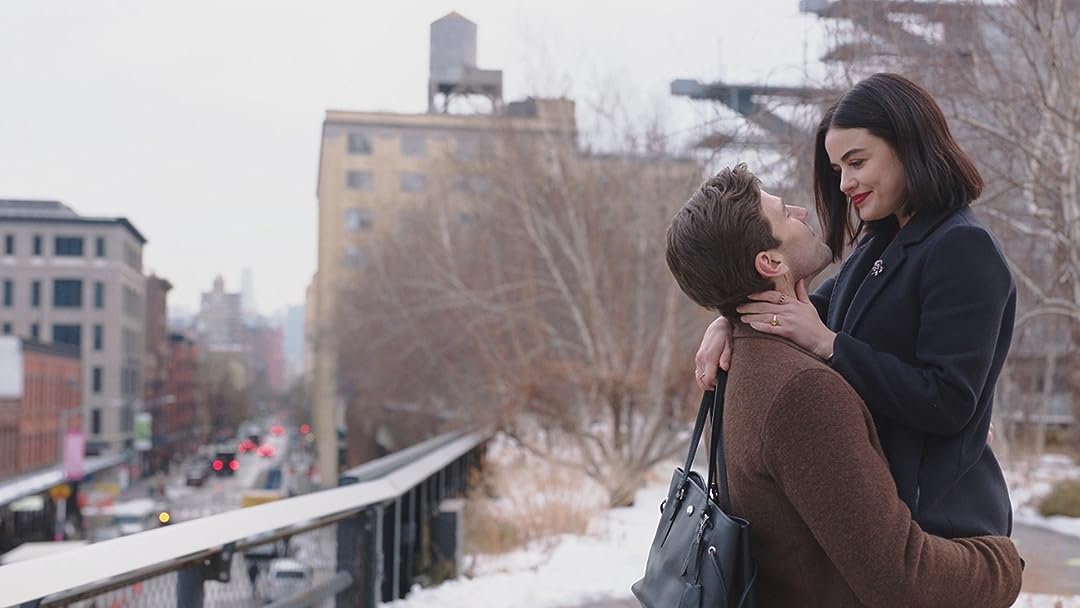 (5,382)
6.21 h 42 min2021X-RayR
Resolving to achieve professional success without compromising her ethics, Lucy embarks on a ruthless game of one-upmanship against cold and efficient nemesis Joshua, a rivalry that is complicated by her growing attraction to him.

Laurie Reads RomanceReviewed in the United States on December 10, 2021
5.0 out of 5 stars
So good!
Verified purchase
Movies rarely live up to the books they were based on, but IMO this one did. I absolutely loved it! Lucy Hale and Austin Stowell were straight fire together and brought the characters of Lucy and Josh to life perfectly. They included so many of the book's small details, too - Lucy's love of Smurfs, blotting her lipstick, and more. It was truly a joy to watch this movie and I know I will be watching it again soon.
20 people found this helpful

avidreader1973Reviewed in the United States on December 11, 2021
5.0 out of 5 stars
Absolutely LOVED it.
Verified purchase
I will be honest. For whatever reason, I had really low expectations. This is one of my very favorite books and usually the movie adaptations of books are so much worse. I loved the casting for Lucy, but was lukewarm on Josh when I watched the previews. But I LOVED it so much. Lucy and Austin were amazing and it was so much fun. So glad they stayed so true to the book. Watching it for the second time in just a bit!
14 people found this helpful

ChristyReviewed in the United States on December 11, 2021
5.0 out of 5 stars
Wonderful book adaption!
Verified purchase
I was so happy when I found out my favorite book was being made into a movie! I seriously love this book and do an annual reread. So I had high expectations. The movie did not disappoint.

I love that all the big elements of the book were kept and in the movie. There were some scenes that they took liberties with and adjusted it to fit the movie and actors. The overall essence was there and that made me happy.

Definitely a movie I will be rewatching often just like how much I reread the book!

K. M. DenneyReviewed in the United States on January 9, 2022
1.0 out of 5 stars
So Many Details Messed Up
Verified purchase
While I know there is always some differences in artistic interpretations and small details changed from book to film adaptations, but they changed so many small details from the book in the movie and the sequence of events out of order and added scenes that weren’t even in the book. The ending of the book was the same scene that took place 30 minutes before the end of the movie, they got Lucy’s eye color wrong (several details were relevant concerning this, I’m not being totally nitpicky), the shirt colors were wrong (small but it still bothered me), and Danny’s character is completely opposite of how he is portrayed in the book. In the book, Danny is There’s no real chemistry between Lucy Hale and Austin Stowell. Sure they can banter, but theres no slow burn, no gradual softening of Josh’s character as seen in the book, nothing. The last twenty minutes of the movie never happened that way that it did in the book. Lucy’s presentation in the movie wasn’t even the same thing she presented in the book. Helen (should be Helene) had so many missed conversations that were influential to Lucy in the book that didn’t happen in the movie.

Overall, this was a disappointing film adaptation from the book. And I really would have loved to see Robbie Amell as Josh. I think he would have killed the role, perfectly mixing quick wit with a soft side, like what we saw in The Duff.

Avg JoeReviewed in the United States on December 21, 2021
5.0 out of 5 stars
This is a really surprising romantic comedy. You really like these two people.
Verified purchase
Watched this because of Lucy Hale.
Loved it because it was intelligently written, engaging. He's ordered, intelligent witty. She's not so ordered and yet highly competent intelligent, witty... and she really loves smurfs... and strong enough to be mostly unapologetic about it.

What I really like (very rare) is that they don't develop and become "stronger" with grand announcements or professions of love.
They start out strong, lock horns and slowly get even better as the movie progresses.
The progression feels more natural.
These come across as two adults who haven't abandoned the child within whose one shared failing is that they can't quite get past the arguing to figure out that they have fallen for each other.
7 people found this helpful

Tabitha @ Bows &amp; Bullets ReviewsReviewed in the United States on December 13, 2021
4.0 out of 5 stars
Great for fans of the book, confusing for those who have not read it
Verified purchase
I really really enjoyed this. They stayed pretty true to the source material and everything seemed well done. However, I watched this with a friend who has not read the book and it was clear that without the context of the book, this is not quite as charming. There is a lot of subtext that is just not explained in the movie and it is hard to love without that knowledge. My recommendation is to read the book and then watch the movie.

Regardless of how it comes off to the non-reader, I truly adored this. I have already watched it twice and it is bound to end up one of those movies I watch when I need a pick me up.
9 people found this helpful

Bailey LeeReviewed in the United States on December 21, 2021
5.0 out of 5 stars
SO SWEET I HAVE A CAVITY
Verified purchase
This movie far surpassed my expectations and I was SO pleasantly surprised!! I’ve read the book many times and am a huge fan so when i heard they were adapting it into a movie I got nervous because I haven’t historically loved many book adaptations because they get it wrong or is too different from the source material but that is NOT the case with Hating Game!!

This is truly one of the most true to book adaptations i’ve ever seen while still capturing the essence and mood/vibe the book sets and is so entertaining! They stayed very close to the original story and there are so many scenes pulled right from the book and the actors were very similar to who i pictures they’d act as look. I kept squealing the whole movie from how stinkin’ cute it was and I already wanna watch it again!

So if you’ve read the book and are worried it won’t be the same, I’m here to tell you you’re wrong and to rent this immediately!!
5 people found this helpful

MichiganMomReviewed in the United States on December 14, 2021
5.0 out of 5 stars
Did you read the book?
Verified purchase
Read the book first: and then- Seriously this movie is soooooo goood!! And this may be biased because I read the book first. But if you didn’t read the book I would say it’s still pretty good. Slightly corny but I seriously laughed out loud at several parts of the movie! Both representations of Lucy and Joshua were perfect to the book. Like other reviews said I had low expectations of the movie because I thought there’s no was it’s going to be as good as the book(what movie ever is?) but it was pretty good and does a better job than most.
I was disappointed that they switched a couple parts around and that they didn’t stress the-we have to wait/slow down girl part. Joshua really wanted to take things slow in the novel to not be a one night stand or be the guy with the body. And a couple parts of the novel that were big components of that were missing. All in all I will probably read and watch again!
4 people found this helpful
See all reviews
Back to top
Get to Know Us
Make Money with Us
Amazon Payment Products
Let Us Help You
EnglishChoose a language for shopping. United StatesChoose a country/region for shopping.
© 1996-2022, Amazon.com, Inc. or its affiliates