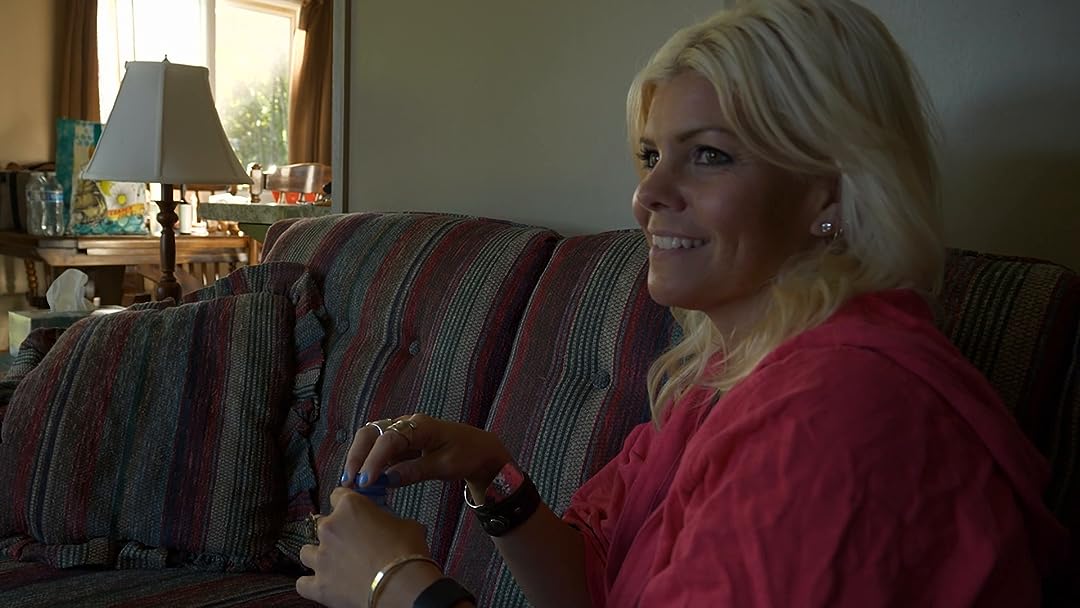 Season 1
(181)
2020TV-14
An eight-part documentary series follows four filmmakers that investigate historic locations that are reported to be haunted. The science of paranormal investigation is put to the test as the filmmakers explore the big question: Can we really communicate with our lost loved ones?

taylorspaReviewed in the United States on April 1, 2019
1.0 out of 5 stars
Should be called “The haunted flashlight”
First off , put some shoes on. Nobody wants to see your ugly, dirty feet. I watched the first episode because it’s in Door County. Basically the show is about how they drove so far to see a ghost and the ghost aren’t cooperating. He throws a hissy fit so the ghost starts communicating with a flashlight. They have this so called ghost equipment but the ghost uses the flashlight. They never show the flashlight at all. It’s just laying on a shelf. It’s probably just broken. It doesn’t really snap on. Just kind of fades on and off. The funny part is how he counts off for the ghost. But gives so many options number wise. Not going to watch the rest of them.
69 people found this helpful

Robert PetersReviewed in the United States on April 30, 2019
1.0 out of 5 stars
Another bad YouTube quality "ghost hunting" video!
Should have been more about the history and driving to get to the location. I have to stop watching aka "Ghost Hunting" shows on Amazon. So far most of them are at best bad "YouTube" quality, not fit to be on Amazon.
36 people found this helpful

Lisa haleReviewed in the United States on April 30, 2019
5.0 out of 5 stars
Historical and entertaining
Haunted State is not your average "Ghost Hunting" show. The paranormal is a fun and entertaining part of the show, yes. But I am digging on the history of the locals too. I enjoy the cast members; their differing personalities are nice to see. Leaving on a cliffhanger makes me want to see the next episode so badly! It is a fun show. Do I always believe that the techniques used are "scientific?" No. But I am a skeptic who loves to watch paranormal shows. This is a good one that I enjoy.
21 people found this helpful

Amazon CustomerReviewed in the United States on March 23, 2019
5.0 out of 5 stars
Revolutionary
So many paranormal shows focus on just "hunting ghosts" and capturing evidence. This show, however, seemed to instead capture reality. The sequencing of events in this episode gave an authentic perspective on a respectful means to communicate with spirits/energy and put a strong focus on remembering that it isn't always about what the living wants to see...the living can't see what the dead aren't willing to share. I really liked how the director explained that the spirits are the ones that choose the method of communication. This team truly is revolutionary in their approach to documentary filmmaking and paranormal investigation. It's about time this genre became more than just another "reality series." This show is reality.
21 people found this helpful

NCScoundrelReviewed in the United States on May 8, 2019
2.0 out of 5 stars
Two Stars For Entertainment Value
Someone "asks a fantastic question..." But maybe it's just another ghost hunter style question.
The old maglight trick is used here, despite the proven fact that they will turn off and on due to contraction and expansion of the heat, whether a place is haunted or not. And as usual, everything must be done in the dark.
Prime reason to suspect the bar as haunted? Someone died there. Picked up, a supposed growl on that annoying radio ghost box thing. Or, as female hunter put it, "a total growl."
Something about a ghost hunter going to someone's business/place and kicking off his shoes in the house is more disturbing than anything that happened.
I stopped watching when one of the guys tells how respectful they always try to be when talking to spirits, yet a few minutes before he was yelling at any spirits there that he was f-ing mad, and f-ing upset at them because they took time off from work and drove out there.
I believe Haunted State of Mind is more correct, like every other silly paranormal show all over TV these days, feeding off of people with beliefs in ghosts, demons, etc, beliefs that belong in the Middle Ages.

BinfordtoolsReviewed in the United States on August 12, 2020
5.0 out of 5 stars
NOT Your Typical Haunt
There is a casket full of homogenized ethereal shows on TV depicting some sort of insider-information to the dead. Spoon-fed to the masses with a side-dish of over-processed drama (**cough** – “Zak”) because as we all know – both drama and sex sell. Even for the deceased.
However, not all spirit-shows are as contrived as a fixed marriage. Thus, is the case with the docuseries, “Haunted State” – the brainchild of Wisconsin based director, Michael Brown.
On the surface, Haunted State may at first seem like it was filmed for a graduate project. Home movie style, sometimes questionable editing, clearly not an extravagant budget or production values. BUT - this is the absolute genius in it! You feel like you are right there in the spirit-crowded room organic within the experience opposed to merely watching it on your flat screen.

Michael, along with his trifecta of cohorts; Todd Dehring, Angela Olson, and Anne Benson spelunk deep into the bowels of supposed haunts in the most respectful of ways. The “come at me, bro” type-A mentality of “some” other similar genera afterlife shows is absolutely NOT Haunted State’s hang. Instead, these lucky dead bastard souls get to party with Michael and his buddies – laughing, joking and speaking as if they are perched on the couch next to them. Because essentially, they are.

These Ghostbusters use a standard collection of disembodied soul hunting tools as seen on many other shows. Spirt-box, laser-light array, recorders for EVP sessions, flashlights, etc. but used in a way as not to call too much attention to the technology and instead focus on the personal “relationship” with the deceased. Again, that is what makes Haunted State a trail-blazer in this field. And it seems to work! Amidst the repetitive static sound produced by the spirit-box device (used for communication with the afterlife inhabitants), the conjured apparitions seem to answer nonchalantly as if they were there sitting across a restaurant booth. We speak with the dead now. That’s become normal.

As a connoisseur of sorts to this type of dead-reality shows, I am encouraged by the distinctive approach that Haunted State has taken. I encourage other shows of this type to take note while I sit here with goosebumps, waiting for season-2 to appear like a misty shaped manifestation across my TV.
6 people found this helpful

Greg BReviewed in the United States on April 5, 2019
5.0 out of 5 stars
Really well done with a unique perspective
Much more believable and revealing than most of the paranormal shows I've seen. I really had the feeling that "This is real" while watching, and appreciated that the producers aren't trying to use smoke and mirrors to make things seem like more than they are. Great series and I'm looking forward to seeing that shadow figure episode!
19 people found this helpful

Kindle Customer R Wes MReviewed in the United States on May 13, 2019
4.0 out of 5 stars
A fresh change in paranormal shows
Haunted State offers a fresh change to paranormal investigation shows. Starting with the planning by the four investigators, the meeting of the clients and the set up. When things get tense from the investigation and minor personality changes we are treated to some scenic moments and levity. They use the standard equipment which they explain. Even the use of flashlights which I am skeptical. However, the responses were impressive. The use of highly respected paranormal expert, Loyd Auerback was also a plus. I liked his explanations on the use of flashlights and other phenomena from a rational scientific view. I also appreciated the lack of drama interpretation from EVPs. Also, no demons. It seems like so many established network shows thrive on demons and demonic activity. Their approach is respectful and far less dramatic. Expect to be a little scared, a lot interested and entertained. My only critique is that the show should be an hour. Half an hour just doesn't cover it all. This is our households new favorite show of this genre.
7 people found this helpful
See all reviews
Back to top
Get to Know Us
Make Money with Us
Amazon Payment Products
Let Us Help You
EnglishChoose a language for shopping. United StatesChoose a country/region for shopping.
© 1996-2022, Amazon.com, Inc. or its affiliates