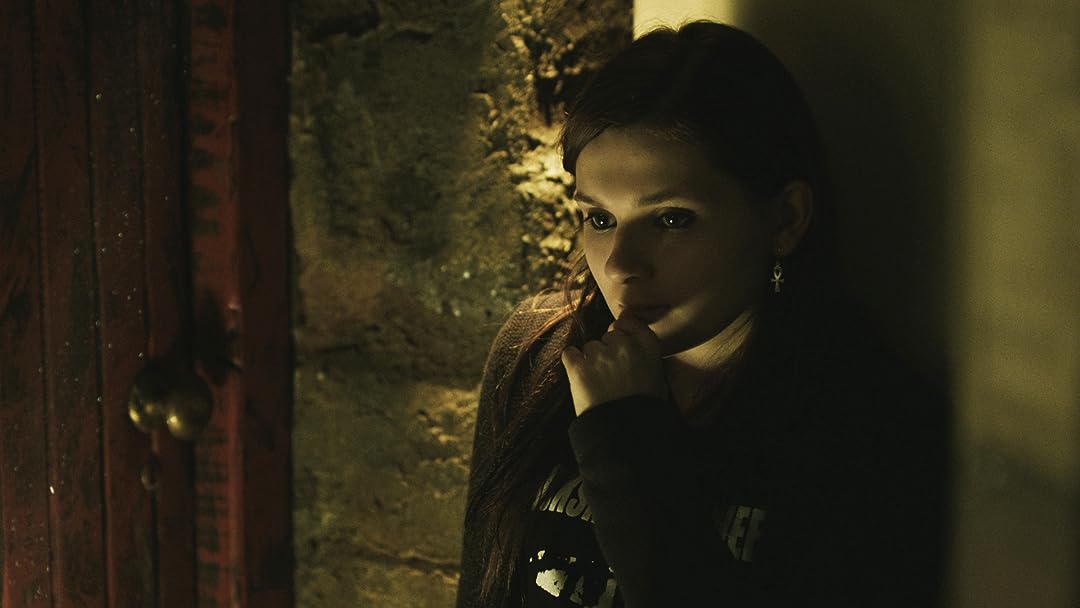 (590)
5.91 h 37 min2013X-Ray13+
Abigail Breslin stars as a young girl who must unravel a decades-old mystery to save her family in this haunted house thriller.

Forest NymphReviewed in the United States on December 2, 2022
5.0 out of 5 stars
Great for What it Is
Verified purchase
This is definitely a teen movie but it's heads and shoulders above most of this kind of soft core high school horror. It starts out sort of feeling like a cross between Donnie Darko and Groundhog Day and is surprisingly engaging enough to appeal to an adult audience. The story is strong and the main character is smart and likeable.

I would have liked more time travel into the past and I wasn't sure what kind of pleasure the fictional perpetrator was even getting out of his particular method of killing (you'll see what I mean) but absolutely five stars for a supernatural teen thriller that I would also recommend to adults.

CinemaMinorReviewed in the United States on November 10, 2013
4.0 out of 5 stars
Not all that scary, but a refreshing focus on storytelling
Verified purchase
I recently watched "The Conjuring" for the first time and was very disappointed. Maybe it was because it was around Halloween and I'd just binged on horror movies, but I could not dismiss the movie's cliches the way other viewers/reviewers could. The bright spot about "Haunter" is that it actually tries to be original. One, it relies on the story and not cheap thrills for its effectiveness; there are very few graphic images. Two, it turns the table on traditional haunted house tales by making the ghosts the ones who are haunted.

Abigail Breslin very nicely plays Lisa, a girl who must constantly relive the day before her 16th birthday in her family home with her parents and little brother. Every day the four of them go through the same motions and engage in most of the same dialogue. Only Lisa seems to be aware of this. Still, she doesn't know what happened to cause it, or how to change it. During Lisa's quest to unlock the mystery, she discovers that she and her family are not alone in the house. Through her contact with "the other side" she manages to uncover the secrets the house holds and, despite dire warnings, sets out to free her family and break the cycle of haunting.

Because the movie wins points for originality and storytelling, I'm not docking it for its flaws of which there are many, but none that aren't typical of the genre. There are a lot of plot elements that don't make sense. I can't delve deeply into them without giving too much away. One issue is that the limits of what ghosts can and can't do and the plights that they're susceptible to are fluid throughout the movie. Basically, because of the film's pretty original premise, it was able to make its own rules; unfortunately, they're more penciled in than in ink.

There were also a few times when I wanted to fast forward. The audience is clued in very early on -- in the first 10 minutes -- to the key plot point. So then we, like Lisa and her family, are forced to go through the motions of reliving the same day over and over again.

The ending is anticlimactic and because of the overall shortage of shocking images, it does seem a little simplistic -- like more of a made-for-TV movie than one that was made for the theatres. But I did watch it on my TV so that worked out okay. I wasn't really ever "scared", although the movie is creepy at times. To me, "Haunter" is at its core about the art of crafting a good ghost story, and in my opinion, the art of good storytelling is what's been missing from most horror movies lately that have scared me, but have relied on special effects and graphic images to do so. It's a refreshing change of pace from the usual fare.

BayReviewed in the United States on May 3, 2022
5.0 out of 5 stars
Surprisingly wonderful!
Verified purchase
I started this expecting your typical haunted house B movie. I was so wrong! This movie is so well written, the main lead so well acted, and the other characters very well fleshed out/acted that I'm really upset I am just only now watching it! I never heard of it until today! Very underrated, very well done, and I will be recommending it to other people. It isn't one where I want to leave details in a review of the plot as I really do not want to spoil it for anyone. If you're thinking about watching it please do! It had me hooked in the first 15 minutes. Subverts troupes at every point. It isn't horror, it's a well thought out ghost story. I wish there were more gems like this to stumble upon. I have nothing bad to say about it. The ending begins to feel just for a second like it was rushed and then it segues into a final wonderful scene. Bravo!

WakkyWabbitReviewed in the United States on October 27, 2013
4.0 out of 5 stars
A new trend in scary movies? The quality is rising.
Verified purchase
I have not seen a good movie in this genre in many, many years. Now, I have seen two within a few days. This movie and "The Conjuring." I hope there is a new trend in the genre. These type movies are generally lacking in the areas that matter the most, acting and writing, even if the underlying premise is pretty good.

"The Conjuring" relies upon a premise that has been done to death. A family moves into a home possessed by an evil spirit and they must rid the home of the entity. "Haunter" takes a new twist on this type story and does a fairly decent job. Although the movie has an overall surreal effect that leaves the viewer in a somewhat confused daze, it continues to remain interesting. After this surreal effects dissipates, the movie becomes more of a thriller.

The acting, especially by the lead actress Abigail Breslin, is well done. Again, a rarity in these type movies.

Trying to write a movie like this, bringing multiple stories/phases/realities/whatever is not easy. This movie does ok in that department. At times I think the writing slagged and suffered a bit but it did not drag out. Overall, everything came together well.

No real special effects for this movie. This movie relies upon storytelling and acting. Audio and filming are excellent.

Family friendly: No nudity, no foul language. Murder is observed but not gruesome. I think the most unfriendly family parts would be the anger scenes but they are not too bad. This movie is ok to watch with young kids in the room, in my opinion,

This is not a scary movie but a nice Halloween selection for adults wanting a more quality type movie. "The Conjuring" is also a quality selection.

Normally, I would rate this movie with 3 stars, but because it rises above its class in genre and the makers seemed to care about the movie in general, it gets 4 stars.
42 people found this helpful

thomas michaelReviewed in the United States on August 25, 2022
5.0 out of 5 stars
it had very cool scary to it
Verified purchase
this movie if you like horror get it

S. HinesReviewed in the United States on March 29, 2022
4.0 out of 5 stars
Good Acting
Verified purchase
Storyline is predictable, but entertaining nonetheless. The acting is superb.

Tim F. MartinReviewed in the United States on June 26, 2018
5.0 out of 5 stars
Surprisingly fantastic horror film that hooked me from the beginning
Verified purchase
I watched this movie expecting a run of the mill haunted house story, intelligent teenage girl investigates paranormal mystery in her home, dealing with an obnoxious brother and disbelieving parents. There would be some ghost, some past wrong that the girl would right, and while there would be some thrills and chills, it would almost be the horror movie equivalent of comfort food.

I was quite wrong! Almost from the very beginning there were nods to the typical tropes of such films but also some very quick subversions of these tropes. To go into too much detail is to spoil things, but it was quite unlike any horror film I have seen before.

The main actress, Abigail Breslin playing Lisa, really carried the film though all the actors/characters including the villain were very well done (menacingly played by Stephen McHattie). I really have nothing but praise for this film, one of the finest horror films I have seen in a while (maybe paranormal is the better term, as it isn’t gory though there are deaths in the film, past deaths anyway, and definitely a lot of ghosts). The pacing was excellent, there was a real sink-your-teeth-into-him villain, the tension was great at the end, and there were many twists and turns in a struggle against the villain, the villain doing a fantastic job of showing the main character the stakes. Just a first-rate film!
12 people found this helpful

Jerry MeyersReviewed in the United States on October 20, 2021
4.0 out of 5 stars
good movie
Verified purchase
watched it a couple of times
See all reviews
Back to top
Get to Know Us
Make Money with Us
Amazon Payment Products
Let Us Help You
EnglishChoose a language for shopping. United StatesChoose a country/region for shopping.
© 1996-2022, Amazon.com, Inc. or its affiliates