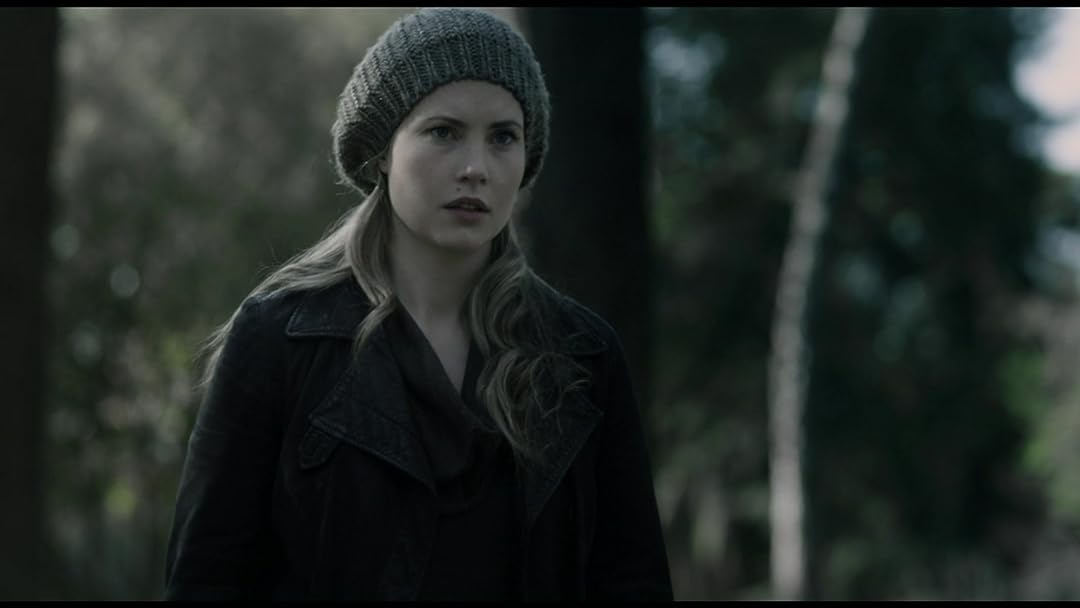 (144)
4.71 h 24 min2012X-Ray18+
A single mother moves into a new house with her daughter. Soon after the young girl's first baby tooth falls out, she begins to have nocturnal visits from a tooth fairy. It seems the house has a sinister history.

mkReviewed in the United States on October 3, 2019
2.0 out of 5 stars
Different...but not really in a good way.
Verified purchase
I saw this when it first came out and I recall liking it at the time. Now, I'm a bit older and...wow...I guess my standards have risen. While this isn't the worst horror movie I've seen, this one is just so...nonsensical. Sure, the acting is bad. But it is the writing that is the worst because the story makes next to no sense. It's just incredibly lazy. It's like a group of writers were like 'Oh, this would be creepy. Of course, it makes no sense but...yes...lets do this!' I think what really bothered me is the absolute lack of follow up in any scene when someone dies. I don't want to spoil it but there are several deaths and...no one really asks 'Hey, what the hell happened to that guy.' It's just like 'Oh, no! That guy died...eh...it happens!' Why the ghost children are helping the toothless ghost woman makes no sense. Why the ghost woman needs her teeth to seek revenge makes no sense. Why the ghost woman wants ONLY her teeth but...seems to accept any teeth...even though she clearly doesn't want them, makes no sense. Why did she pay for the teeth when she doesn't have to and KNEW THAT THEY WEREN'T HER TEETH. Why anything in this film?! The film does have good locations and could have been a cool twist on the tooth fairy legend. Sadly, it seems the writers suffered a fever dream half way through the story and we got...this.
3 people found this helpful

AjaxReviewed in the United States on August 12, 2019
1.0 out of 5 stars
You have got to be kidding me?
Verified purchase
The pace of the movie is way too slow, how it is over an hour long, no clue. The child actor was pretty bad, almost annoying really. But what really got me mad and forced me to quit this movie.... (SPOILER).... is when the mother gets stuck in between a piano on WHEELS and a wall. Really. How bad and desperate are you to try and create suspense and horror, by getting yourself stuck between a piano and the wall, while the evil "ghost" walks to you extremely slow. I just can not deal with that kind of laziness and stupidity. I can't waste my time on that, and I hope you don't either.
6 people found this helpful

Kim WeekleyReviewed in the United States on January 1, 2022
1.0 out of 5 stars
Um.... Just don't.
Verified purchase
So many things wrong with this movie. The acting is stiff, not much more entertaining than cardboard boxes. Maybe it's because the majority of actors are Italian, maybe they have a different idea what's good and scary. Either way, the acting was horrendous. The child they cast was not experienced enough to carry as much of the movie as she did. Her performance was like she was reading her lines just before the scene. Flat. It wasn't just her though, the entire cast was the same way. The plot was all over the place. It could have been a great movie if the writers weren't so lazy and bad. As a writer, I was constantly thinking "This is how I could have made that scene better." I don't want to be in writer mode when I'm watching a movie. I just want to enjoy it!! They should have taken some of the subplots out and focused on the tooth fairy part. She doesn't need a complicated backstory. Sometimes simple is better. I only watched the entire movie because I'm one of those people that has to finish it no matter how bad it is. I would NEVER watch this again.

AdriReviewed in the United States on August 4, 2019
2.0 out of 5 stars
I tried.
Verified purchase
I tried to watch. Kept pushing past the urge to turn it off and it still didn't get better. People are right. The child actor is not only to old for the role, clearly , but also it terrible as an actress in this movie. The script is also lacking. I really love ghost stories and sci-fi but this movie just couldn't keep my attention.
6 people found this helpful

MRossReviewed in the United States on November 23, 2020
1.0 out of 5 stars
Unwatchable
Verified purchase
It's not the fault of the actress, but the child in the movie really should not have been cast, or when chosen then better trained. It's not possible to take the movie seriously through her performance, and it doesn't feel right to laugh at it or wince for an entire movie. Again, this is not the fault of the child, this is the fault of the director and casting who should not have let this happen, and possibly subjected her to painful lessons that children should not have to learn in this public of a way and with this much at stake. It's almost cruel.

With time I have no doubt she can become a fantastic actress, this movie is in no way defining, and it should serve as a lesson for the adults around her who should look out for her well being more carefully in the future.

I can't really comment on the quality of the rest of the movie since I wasn't able to get very far, but maybe at some point I'll be able to finish it.

AzraelReviewed in the United States on June 3, 2020
2.0 out of 5 stars
Slow pacing, dull plot, cardboard characters
Verified purchase
The pacing was so slow I was looking at my phone the whole time. There was also zero characterization. The deaths had no impact. I did not care at all. It started out as the tired old story of a woman who suffered extreme violence at the hands of her husband and turned into a vengeful spirit (yawn) and it did not get better.
.
.
.
-SPOILERS BEYOND THIS POINT-

The kid dies in the end. WHAT ARE YOU DOING? Maybe if I had cared about Helena the ending would have hit me in the feels, but instead it was the cherry on top of the disappointment sundae. Oh and she has a half-eaten face! Look how scary! This ending would only have worked if it was some kind of commentary on Sophia's careless parenting, but Sophia is a good mom who believes her kid way earlier than most movie parents and does everything she can to keep Helena safe.
One person found this helpful

Kathy MReviewed in the United States on October 25, 2020
3.0 out of 5 stars
DECENT B HORROR
Verified purchase
I watch a lot of B horror on Amazon. For some reason, Amazon doesn’t seem to get really good horror movies. I start watching most of the movies but don’t finish them. This one had an okay back story, though the acting was marginal at best. The bottom line is this: sometimes great acting can save a so-so story, like Hereditary, other times the story is okay but the acting, not so much. I was able to make it the end of this one - it wasn’t the worst. I do think they should have stuck to the original reason for the toothless woman and delved more into that. The “twist” ending didn’t fit.

Your momReviewed in the United States on September 15, 2020
1.0 out of 5 stars
The script is killing me.
Verified purchase
The glaring inappropriate responses in the dialogue make me wonder who on earth wrote the script. "I don't want a mouthful of missing teeth. I want a beautiful smile like yours." "Of course you will, honey!" And "Did you find any money under your pillow?" "Yes. I found it under my glass of milk". How many people heard these lines paired together, yet nobody ever said "...that doesnt make any sense. Let's change that."?? The kid's acting is atrocious, too. This had potential, but nah, I'm shutting it off less than 18 minutes in.
See all reviews
Back to top
Get to Know Us
Make Money with Us
Amazon Payment Products
Let Us Help You
EnglishChoose a language for shopping. United StatesChoose a country/region for shopping.
© 1996-2022, Amazon.com, Inc. or its affiliates