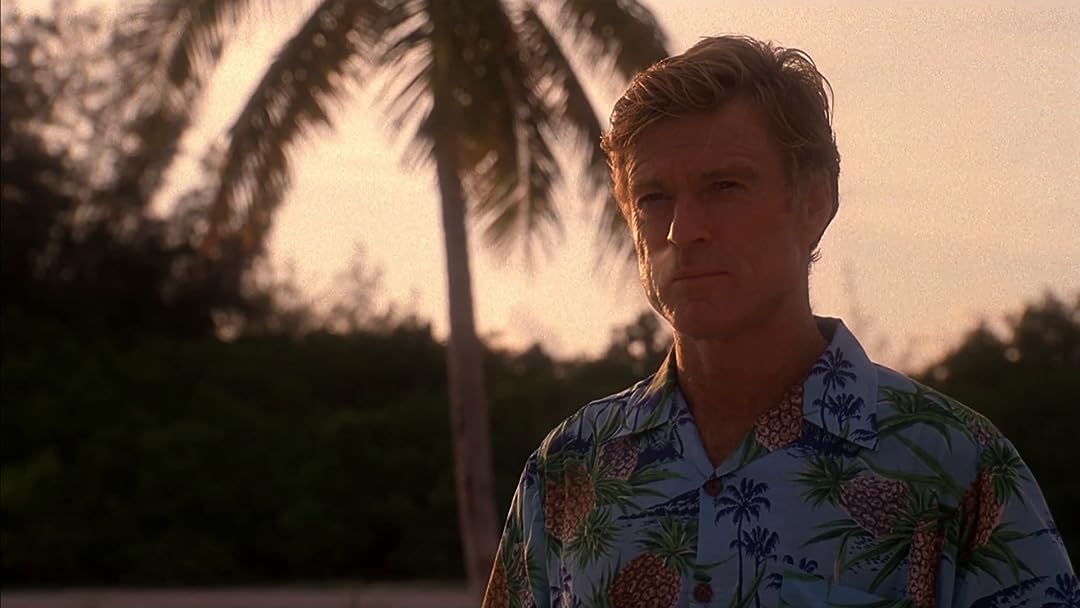 (396)6.12 h 24 min1990R
As the dictatorial Cuban government falls apart, an apolitical American gambler falls for the beautiful wife of a wealthy left-wing activist and decides to help the revolutionaries.

Daniel B.Reviewed in the United States on October 22, 2020
3.0 out of 5 stars
Run of the mill Redford vehicle
Verified purchase
First the good. Great cinematography and a decent blu-ray transfer.

Unfortunately this cast doesn’t gel like the cast of “Casablanca” did, and the film is completely lacking in the charm and intrigue that made “Casablanca” a classic. The dialogue that made so many of the lines in “Casablanca” movie standards falls completely flat in this flick with much of the interaction between Redford and Olin coming off as simply corny.

Not a horrible way to spend 2 1/2 hours, but this movie isn’t even in the same league as the 1942 classic it seeks to emulate.

SargintrockReviewed in the United States on May 21, 2016
5.0 out of 5 stars
An abused classic Gem!
Verified purchase
Redford's Best, IMHO! I LOVE this movie.
Since I'm a South Floridian, I rate this as one of my all time favorites, along with Hemingway and Gellhorn! The ending scene in Key West with the haunting melody of "Hurricane" as a backdrop, always puts a knot in my throat!
Lena you were smokin' hot and refined, so don't mind all the bad raps in the reviews.
For those that lived it, this is an intense movie that will bring you back time after time for another fix!
One day this classic will get the rewards it deserves!
"I sit with my face towards the door. You never know who is going to walk thru. Somebody blown off course, this is Hurricane country."
15 people found this helpful

jaydroReviewed in the United States on April 3, 2019
1.0 out of 5 stars
The Movie Deserves Better Than This Sorry DVD From Universal
Verified purchase
Havana may not be the greatest movie, but it definitely deserves better than this lackluster 4:3 letterbox DVD that looks like Universal hasn't touched since 1997 that came from an analog interlaced master for laserdisc. It's really too bad that Universal has a policy of not licensing films for blu-ray release by third parties if they've already got their own DVD, and then they don't care to touch the film. Shame on Universal.
5 people found this helpful

Little TexReviewed in the United States on September 19, 2020
5.0 out of 5 stars
Great but sad.
Verified purchase
This is a superb love story with an ending that is disturbing for me. I like stories where the boy and girl live together happily ever after. This ain't one of them. The sex scene could have been omitted which would not have detracted from the film at all. If you love this type of story, you will also love "Waterloo Bridge" even more. It always makes me cry and I'm an old geezer. It's from the '50's when I was in my 20s.
One person found this helpful

3rd Coast HighlanderReviewed in the United States on February 15, 2017
5.0 out of 5 stars
A must see movie with a classic story line
Verified purchase
I love this movie. I originally had this film on VHS years ago. It's another twist on Casablanca, but it works. I have always thought that the acting was great, and the settings were beautiful (Dominican Republic was used to serve as the setting for Havana, the classic cars in the movie were shipped in from the US). Robert Redford, Alan Arkin, & Raul Julia played intriguing roles, not to mention Lena Olin.
6 people found this helpful

Sylvan LeefReviewed in the United States on August 14, 2015
5.0 out of 5 stars
EXCELLENT MOVIE
Verified purchase
Nearly always, I've always enjoyed watching movies with that most excellent actor, Robert Redford. He is NOT just a pretty face, but also a great actor.
HAVANA is top of the line, every part exquisitely in the best place. The movie itself is seriously very well written. The main appearances show a happy place in that city, but the background usually shows seriously depraved cruelty being an ongoing part of city life.
While the promoted theme is a credible romance, the overview is seriously alarming.
It also gives a detailed look into the lives of several professional gamblers, which expands the world those who have never seen such things
or understood what was really going on.
5 people found this helpful

Elaine A. MooreReviewed in the United States on April 28, 2019
5.0 out of 5 stars
A Classic
Verified purchase
I'd seen this movie before but wanted to see it again after recently visiting Cuba. Great story of a historical event that captures the essence of Havana in the 1950's. It's quite different today but learning more about the history of this country made circumstances today clearer.
2 people found this helpful

Oscar GarzaReviewed in the United States on March 16, 2020
1.0 out of 5 stars
Not a good dvd movie quality
Verified purchase
The quality of the dvd is poor. Instead of letterbox, the picture is in a box setting, square box. Never saw that before. This is obviously a poor copy by a contracted video company. I'm not happy with the movie.
2 people found this helpful
See all reviews
Back to top
Get to Know Us
Make Money with Us
Amazon Payment Products
Let Us Help You
EnglishChoose a language for shopping. United StatesChoose a country/region for shopping.
© 1996-2021, Amazon.com, Inc. or its affiliates