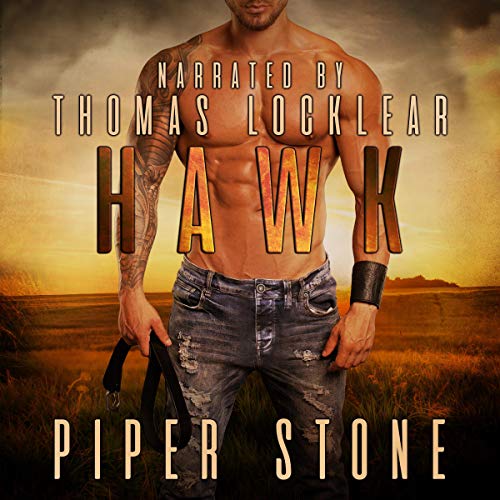 4.3 out of 5 stars
4.3 out of 5
257 global ratings
How are ratings calculated?
To calculate the overall star rating and percentage breakdown by star, we don’t use a simple average. Instead, our system considers things like how recent a review is and if the reviewer bought the item on Amazon. It also analyzes reviews to verify trustworthiness.
Top reviews

Peppermint
1.0 out of 5 stars WTH?
Reviewed in the United States on January 15, 2021
Verified Purchase
This read like a bad porno someone tried to make a romance.
First face to face meeting in a store he bends her over pulls her skirt up and starts spanking her? In front of everyone? Nobody steps up to help her when she struggles, instead they all clap and congratulate him.
Their 2nd encounter also includes him spanking her with the added bonus of her struggles turning him on?? Wow. Okay, way to validate rape?
Then when the article comes out, instead of hearing what she has to say he begins beating her, only to later find out she didn't publish the article in the first place.
When she calls him on his bull, saying she's not just a punching bag he somehow turns it around to where he ends with him having a "right" to be angry.
How is this a romance or a loving relationship? Its not. Its abuse and Stockholm Syndrome.
When she begins to talk about how he will be such a loving father... How the H does she know? The only encounters she has had with him have led to spankings and him getting off in any part of her body he can cram himself into.
This is a horrible depiction of a D/s DD/lg relationship and I definitely do not recommend it.
Read more
12 people found this helpful
Helpful
Report abuse

Beverly Ann McCall
4.0 out of 5 stars Hawk and Bryce
Reviewed in the United States on November 6, 2020
Verified Purchase
Hawk is the first book in Piper Stone’s Montana Bad Boys series. Here we meet two forceful main characters—Bryce Meyers and Jake (Hawk) Tanner. Bryce is a beautiful reporter with a brat-type personality. Her move to Missoula, from back east when her family life fell apart, provides her with an opportunity to start over. Jake (Hawk) is a dominant, alpha marine. He is a military contractor and lead a six-man team on a mission was sabotaged. In the process, they lost a man, Snake. He returns to Missoula upon the tragic death of his brother, Drake. Drake, a volunteer firefighter, dies in a fire. Bryce, following leads, pursues an investigation of arson. Investigating the arsons and subsequent murders, Bryce and Hawk are thrown together. There is a chemistry between them. Can Bryce and Hawk discover what happened to Drake? Will the arsonist be identified?

I enjoyed this romantic suspense story. This is the first book in a series and as such, we are introduced to a cast of secondary characters—the other members of the six-man team. I enjoyed the way Ms. Stone created her characters. They are multi-dimensional. She uses literary devices such as flash back, dual person point of view, and dialog to reveal their backstories. I enjoyed the dual point of view approach familiarizes readers with Bryce and Hawk’s past histories. Hawk’s flashbacks allow readers to witness how he deals with his demons. Her descriptive language paints vibrant and realistic scenes that helps with building suspense. Way to go, Ms. Stone!
Read more
6 people found this helpful
Helpful
Report abuse

Denise DeCrescito (From In Here)
4.0 out of 5 stars Emotional, action-packed story
Reviewed in the United States on April 10, 2021
Verified Purchase
I enjoyed this book, even though I initially didn’t like either of the lead characters at all. Jake, nickname Hawk, is a former Marine, dealing with a mountain of painful memories, complicated grief and a future he never imagined. On top of all that, he’s faced with the possibility that his brother was actually murdered. Bryce is a tenacious reporter sure that a story about arson and murder is simmering just beyond her ability to put all the pieces together. Driven by her own demons, willing to do just about anything in pursuit of the story and advancement of her career. The characters are interesting, so what was my problem with them?

Hawk publicly disciplines Bryce right over his knee within minutes of meeting her. They don’t know one another. There’s not even an illusion of consent. Some people among the crowd of onlookers vocalizing their approval of the behavior makes it even creepier. At that point it’s not a domestic discipline relationship, which would be fine. It’s technically assault. Bryce is so unlikable, even at the very beginning, that you don’t really care that much. She is so intently focused on her goals, she’ll run roughshod over anyone and everyone to achieve them. You may even think she deserves what she gets, but then you feel bad about also being creepy.

At this point you might be asking yourself, why did she give this book 4 stars then? Well, as you get to know the characters, you develop a much better understanding of why each of them acts and reacts in the way that they do. The plot moves quickly. The consensual passionate scenes are done well. There are some excellent twists and unexpected developments that I really enjoyed. The emotions in the book build and build to a crescendo that might make you need a tissue. There are some very good secondary characters. If you start this book and think shortly into it that it’s not what you expected, hang in there, because it’s really quite good.
Read more
2 people found this helpful
Helpful
Report abuse

Fawn Long
5.0 out of 5 stars Emotional Rollercoaster
Reviewed in the United States on May 31, 2021
Verified Purchase
I love books that you are drawn into the story. The characters are flawed like me. Trying to be the best they can be, like me. Navigating life's ups and downs. In the end, things work out. It doesn't hurt that the story includes some hot sex scenes. I will be reading the entire series.
Read more
3 people found this helpful
Helpful
Report abuse

Constance Keith
5.0 out of 5 stars A hero and Vixen comes together
Reviewed in the United States on June 12, 2021
Verified Purchase
It was a great story with love good sex and mystery.a great ending for all. I really felt the feelings that the writer put in words ,keep up the good stories
Read more
One person found this helpful
Helpful
Report abuse

Amazon Customer
5.0 out of 5 stars Every emotion felt!
Reviewed in the United States on May 8, 2021
Verified Purchase
Cowboys turned to soldiers that come home changed from teens to men. While reading this you will feel everything, anger, sadness, fear, joy, love, happiness. Yes, there is plenty of sex too! Enjoy!
Read more
One person found this helpful
Helpful
Report abuse

Kindle Customer
4.0 out of 5 stars Lots of sex
Reviewed in the United States on June 19, 2021
Verified Purchase
If you are looking for sexy steamy times this is for your you. The plot was good but it read like it was secondary to the spanning scenes. They were fine but I wanted to Gey to do the who done it.
Read more
Helpful
Report abuse

Sugar&Spice
5.0 out of 5 stars Awesome Story
Reviewed in Canada on July 20, 2021
Verified Purchase
Bad Boys, are pretty hot... Hawk is no exception... it's a book that drags you in and makes you think you're the heroine... ha... great job, Ms. Stone.
Read more
Report abuse
See all reviews
Back to top
Get to Know Us
Make Money with Us
Amazon Payment Products
Let Us Help You
EnglishChoose a language for shopping. United StatesChoose a country/region for shopping.
© 1996-2021, Amazon.com, Inc. or its affiliates