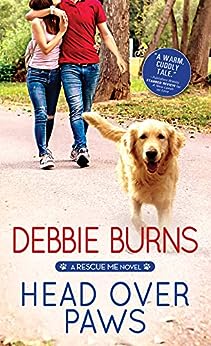 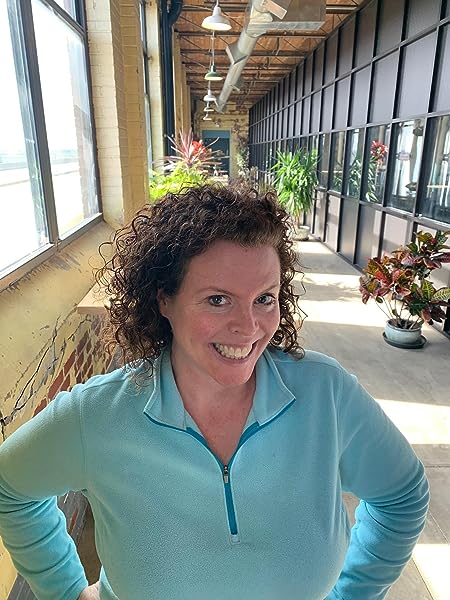 by Debbie Burns (Author) Format: Kindle Edition
Book 5 of 6: Rescue Me
See all formats and editions
Sorry, there was a problem loading this page. Try again.

A charming contemporary romance by bestselling author Debbie Burns where love leads to a forever home not only for puppies, but also for the couple who rescues them.

Olivia Graham isn't in a place to have a dog of her own, but her new position as a volunteer rescue driver for the local animal shelter will keep her close to her four-legged friends. When she's called to transport pets that have been misplaced by flooding, she doesn't hesitate to help, but then her aging car breaks down...

Veterinarian Gabe Wentworth, former EMT and firefighter, is also heading to the rescue site and reluctantly agrees to pick up Olivia on the way. After a bad breakup, Gabe's embraced the hermit life. When he meets Olivia, he can't deny their irresistible mutual attraction, and his first thought is to run the other direction. But then the two band together in a risky maneuver to save a beautiful abandoned dog from rising floodwaters. The more Gabe learns about the woman who would risk everything to save vulnerable animals, the more he realizes what he might be willing to risk...

Bring out your very best "aww..." as this book includes:

Next 1 for you in this series See full series
Total Price: $2.99
Books In This Series (6 Books)
Complete Series
Rescue Me
Kindle Edition
Page 1 of 1Start OverPage 1 of 1
Previous page
Next page

"Burns is sure to win over dog lovers and fans of Kristan Higgins and Jill Shalvis." - Publishers Weekly --This text refers to the mass_market edition.

Debbie Burns lives in St. Louis with her family, two phenomenal rescue dogs, and a somewhat tetchy Maine coon cat who everyone loves anyway. Her hobbies include hiking, gardening, and daydreaming, which, of course, always leads to new story ideas. Debbie's writing commendations include a Starred Review from Publishers Weekly and a Top Pick from RT Book Reviews for A New Leash on Love, as well as first-place awards for short stories, flash fiction, and longer selections. You can find her on Instagram and Twitter (@_debbieburns), on Facebook (facebook.com/authordebbieburns), and at authordebbieburns.com. --This text refers to the mass_market edition.

Debbie Burns is a best-selling author who writes happily-ever-afters for her stories’ two- and four-legged stars. While her books have earned many awards and commendations, her favorite praise is from readers who’ve been inspired to adopt a pet in need from their local shelter. Debbie lives in Saint Louis with her family, two thoroughly spoiled rescue dogs, and a ridiculously grumpy Maine Coon cat who (most) everyone loves anyway. Her hobbies include hiking in the Missouri woods, attempting to grow the perfect tomato, birdwatching, and daydreaming, which of course always leads to new story ideas.

4.7 out of 5 stars
4.7 out of 5
132 global ratings
How are ratings calculated?
To calculate the overall star rating and percentage breakdown by star, we don’t use a simple average. Instead, our system considers things like how recent a review is and if the reviewer bought the item on Amazon. It also analyzes reviews to verify trustworthiness.
Top reviews

BookAddict
TOP 500 REVIEWER
4.0 out of 5 stars Gabe's Story, Finally!
Reviewed in the United States on April 28, 2020
Verified Purchase
It’s been a while since I’ve visited the Rescue Me book world, and I was so excited to finally get Gabe's story. I love all of these characters, including the four-legged variety, and I couldn’t wait to catch up with old friends and meet some new ones.

Aside from the book lagging at times due to overly verbose text, I really enjoyed this storyline. And boy, oh boy, the drama surrounding the abandoned pup, Morgan, coming into Gabe and Olivia’s lives had me biting my nails and on the edge of my seat!

This book is sweet and charming, with a side of steam. The characters are memorable and just a little quirky, and you'll feel like you’ve made a new set of friends. And if you enjoy animals in your romance, you'll adore this wonderful, heartwarming story.

Ellen Parker
4.0 out of 5 stars High Grove Animal Shelter centers the tale.
Reviewed in the United States on June 5, 2020
Verified Purchase
Math teacher Olivia Graham’s first animal shelter assignment is to transport animals rescued from spring floods. All is well until her car sputters to a halt.
Veterinarian Gabe Wentworth allows a friend to talk him into driving to the Missouri bootheel to assist at a shelter overwhelmed by flooded out pets. At first he’s reluctant to pick up the stranded driver, but the shelter desperately needs the cages she’s transporting. And then…
Ms. Burns presents an enjoyable romp filled with decent people and lovable animals. She makes this story of love-at-almost-first-sight a delightful read.
Read more
Helpful
Report abuse

Kindle Customer
5.0 out of 5 stars Loved
Reviewed in the United States on April 29, 2020
Verified Purchase
Debbie Burns rescue me series is amazing, and head over paws is a great addition to the series. It draws you in from the beginning. It's heartwarming, sweet and cute. Both characters are growing and developing as you read the story, working towards their goals and dealing together with the challenges they face.
Read more
Helpful
Report abuse

Sherry
5.0 out of 5 stars Dog lover
Reviewed in the United States on July 25, 2020
Verified Purchase
Every time I read one of the Rescue Me series books I think it's my favorite book ever until I read the next one and that one is my favorite. I guess I really can't choose one over another. I love them all.
Read more
Helpful
Report abuse

Jill S
5.0 out of 5 stars Dog lovers dream
Reviewed in the United States on May 2, 2020
Verified Purchase
I loved every book in the series. This one is again so realistic you can't help feeling the emotion and thoughts of the characters, including the dogs. I don't know how Debbie writes from the dog's mind, but it gets me every time.
Read more
Helpful
Report abuse

Amazon Customer
5.0 out of 5 stars Awesome read
Reviewed in the United States on May 19, 2020
Verified Purchase
I appreciated the details of St Louis area sites snuggled up against the rescue animals. The insight in how the dog might have felt really tugged at my heartstrings.
Read more
Helpful
Report abuse
See all reviews