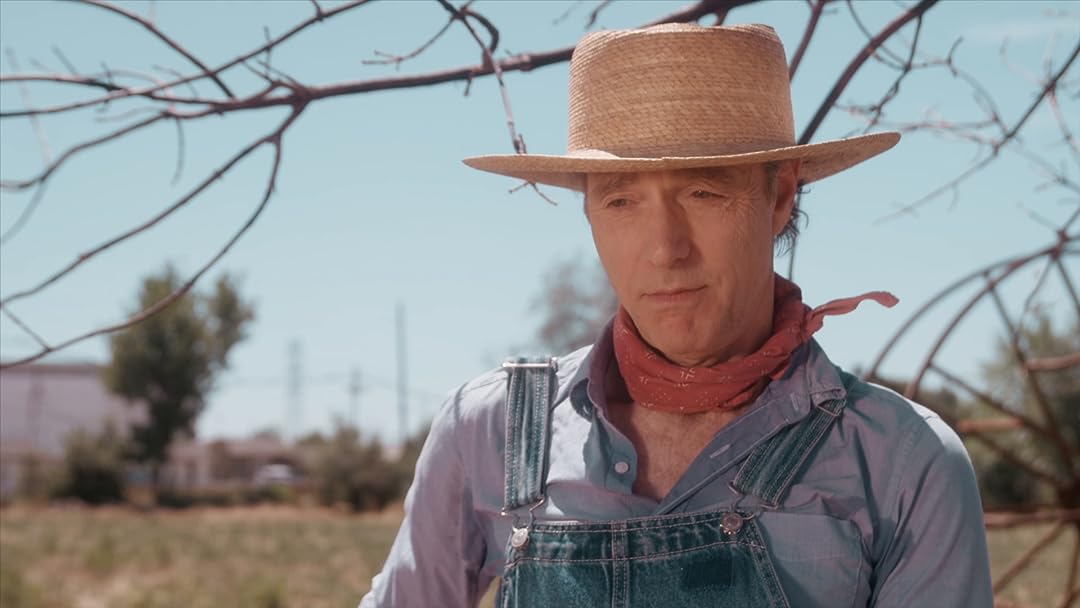 (184)
5.81 h 35 min2021X-Ray7+
An aging military chaplain and a young girl from a broken home join forces to plant a miracle garden touched by God. The Healing Garden is a faith-based film, laced with warmth and comedy. It celebrates the healing of families and communities through faith.

TiggahReviewed in the United States on August 24, 2021
5.0 out of 5 stars
Thank You for this Deeply Moving Film
Verified purchase
Depth, uplifting, powerful, sweet, bittersweet but the sweet outweighs the sad scenes imho. There are some great actors in here especially the leads. Two of the miracles remind me of 2 specific miracles I also experienced~Wild. I don't want to give the movie away-I'll just say one regards the main character is at first surrounded by grumpy, disconnected neighbors---and the other, God brings multiplied good from bad in the healing garden -just Believe : ) That part's like a tough part of my life-my dear Mom passed not long ago, but in the hospital I was compelled to pray that in honor of her difficulty & our loss, manyd end up somehow drawn to a relationship with God--It's been powerful & bittersweet. If a few parts of the movie may?? at first seem slightly slow to a few viewers-although not to others--know it's WELL worth just being patient a minute for the next part of the scene. Cleared my tear ducts : ) in a good way.
5 people found this helpful

Free At LastReviewed in the United States on August 29, 2021
3.0 out of 5 stars
Pretty good, not bad
Verified purchase
This review may contain spoilers, so proceed at your own risk.

First of all, this was an okay movie. A feel-good Christian message, with no language or sex issues. I watched it to the end, so for that I'll give it three stars.

However, the script was poorly written and acted. It felt like it had been written and directed by a child. You know those funny videos where you have a child tell the story of Christ's birth, with adults acting it out? It was like that.

"There was this man, and he was like really mean and grumpy because his wife died, and then he had to sell his house because he didn't have any more money. And these really nice people showed up to help him, but he was just mean to them because he was so sad."

He goes to live in a trailer court, and all the people there have weird problems that come straight out of children's books--the lady who only hiccups, the man who farts all the time, the man who only says NO. The ending was totally random and ridiculous as well.

I could go on and on through the whole movie. It was like it was being narrated by a child. I tried to find out if a child actually wrote it, but couldn’t come up with anything. It wasn't bad. But it also wasn't GOOD.

robert nicholsReviewed in the United States on March 14, 2021
5.0 out of 5 stars
Wonderfully written story of faith and believing God is still relevant in our community
Verified purchase
A heartwarming story of fitting in and believing that wanting what God wants yields fruit. A story of people who want change can receive a better life here on earth. And a story presenting who God is to a questioning child. I like how the answers are not easy one size fits all. Great cinemaphotography with subtle symbolism. Recommend for families with children thirsty to grow where they are planted and to those needing a reminder that God's miracles are not ancient history.
11 people found this helpful

AliceReviewed in the United States on August 28, 2021
2.0 out of 5 stars
Lost me at grown man farting at mother looking for her child
Verified purchase
Watched this to see a decent movie with nothing disgusting. Lost me at about 35 minutes at bizarre scene with elderly man lifting buttock from seated position to fart at a mother asking if he saw her lost child. Seemed like a decent movie up til then, but SERIOUSLY?? So sick of such a low bar on decorum. That kind of idiotic, childish stuff is a deal breaker.
7 people found this helpful

Hilda MilesReviewed in the United States on October 3, 2021
5.0 out of 5 stars
Touched / Opened My Emotional Heart...!
Verified purchase
I'm SO glad I opted to watch this film as no one can ever 'really' know what's running thru each other's minds @ any given instant. I saw myself in several of the threads of scenes, understanding that we are all influenced by such harshness & negativity from "the worlds' way", every waking moment the tv or radio is ON alone, let alone the personal hurts & deceptions. The simple illustrations thruout this film was/is not only a reminder of the how & what of restoring & returning to the elegance of simplicity, but a profound roadmap to what's most important: Love our neighbors as ourselves... or perhaps, more importantly, How-to Love Self First (& why!) WORTH WATCHING
3 people found this helpful

SELECTIVE CONSUMERReviewed in the United States on September 12, 2021
5.0 out of 5 stars
Enjoyable Movie
Verified purchase
I'd heard of the movie from a relative only the day before. I enjoyed the movie. it brought home a few lessons about life. Of course the movie piqued my interest when I saw the desolate and cluttered garden area (it reminded me of my own yard BEFORE I got to work in it). I loved the way he explained the various Bible stories to the little girl. I actually got an idea to "plant the Word" for individuals I know who need help. I would recommend the movie to others
2 people found this helpful

GraceReviewed in the United States on August 7, 2021
5.0 out of 5 stars
Excellent faith based family film
Verified purchase
Unique story of healing that takes place in a neighborhood through a new resident who plants a healing garden. Many Bible stories shared to a young girl as the garden is planted. Includes thought that it would be nice if people lived like every day was Christmas.
2 people found this helpful

Jake BarberReviewed in the United States on March 4, 2021
5.0 out of 5 stars
Finally something for the family
Verified purchase
finally something For the family!
This is a film I am gladly showing my daughter. I wish more films at such powerful and positive messages and themes.
Love it!
3 people found this helpful
See all reviews
Back to top
Get to Know Us
Make Money with Us
Amazon Payment Products
Let Us Help You
EnglishChoose a language for shopping. United StatesChoose a country/region for shopping.
© 1996-2022, Amazon.com, Inc. or its affiliates