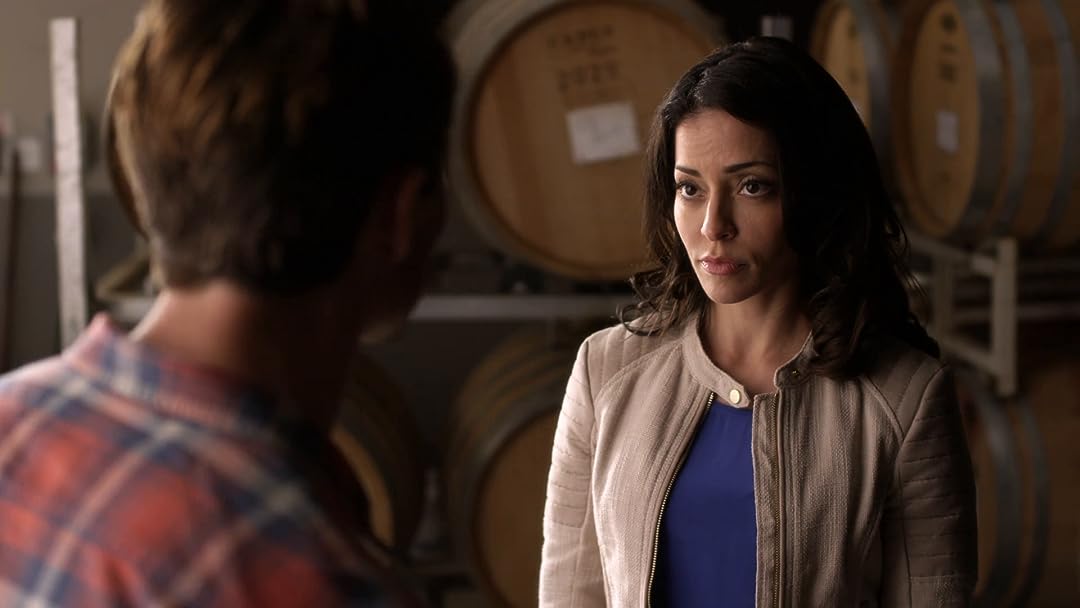 (6)
5.51 h 28 min2016PG
Molly hurries to boyfriend Jackson's birthday party, but the romance is soon interrupted when Jackson's ex shows up with a DNA test proving he's the true father of her baby. TV-PG-D

MarieReviewed in the United States on November 25, 2018
1.0 out of 5 stars
Gross Nonsense
Verified purchase
Oh yes, she is a real estate agent for billionaires and he is a vineyard owner wine expert. She dumps him because of something he did which she goes on to do herself with great gusto two weeks later. He then thinks he will get her back in his life by stupid lying and tricks. What? These people have no morality which makes them very boring. Too idiotic to continue.
2 people found this helpful

KellyReviewed in the United States on December 23, 2017
1.0 out of 5 stars
PASS
Verified purchase
Oh dear...I tried to watch this film, but couldn't make it past the first 15 minutes....so this is a review for that! This movie offers up amateurish acting and a plot that is clichéd right from the get-go, I think that's about all that needs to be said, really.
3 people found this helpful

☼EMANON☼Reviewed in the United States on December 7, 2018
4.0 out of 5 stars
WHAT A CUTE MOVIE...♥♥♥♥
Verified purchase
This movie was kind of cute, fluffy and cheesy, but I did enjoy watching this lighthearted comedy on Amazon Prime♥☺♥

MAD LOVE BOOK BLOGReviewed in the United States on July 9, 2018
4.0 out of 5 stars
I liked it.
Verified purchase
It it a good movie. I was very entertained.
One person found this helpful

JNReviewed in the United States on February 19, 2018
4.0 out of 5 stars
Cute Movie
Verified purchase
Cute movie for those who like hallmark romance movies.

James N SimpsonReviewed in the United States on April 8, 2020
5.0 out of 5 stars
Why Don't TV Movie Studios Make More of These Romance Movies With Eccentric Fun Characters ?
Heart Felt or Love in the Vineyard as it is called in most regions, is a 2016 originally aired made for TV movie which is refreshingly different to the norm. Sure the overall story is the same done a million times before in TV movie land, but this is a TV movie attempt at a comedy, actually putting the comedy in the second part of romcom. A woman named Molly has a great boyfriend, she finds out that he slept with another woman when she was still in the friends zone with her boyfriend so dumps him on his birthday. Now she's a real estate agent hoping to buy a vineyard that isn't actually up for sale for her eccentric rich client who kind of acts like Ted from Bill and Ted's Excellent Adventure, with a Zoolander thrown in. Of course unbeknownst to her, the kind guy she dumped is actually running the place, even more unbeknownst to her the guy actually is the major shareholder in the vineyard. For reasons only known to himself since she isn't much of a catch, Jackson the ex wants her, Molly back. He's even named a dog on the farm Molly. His colleague, Tomero, a guy with an exaggerated Mexican accent and stereotypical mannerisms has a number of plan stages to help his friend get the girl. Such as creating a fake girlfriend with an app. Molly, also now has a rich boyfriend who is mimbo and has a best friend that hangs around him like a dog on a lead that is even dumber.

The movie isn't the funniest film you've ever seen, but you can see the actors, especially Edwin Perez (Tomero) has just embraced the fact this isn't your typical TV movie romance and is having a lot of fun with it. So that makes it really enjoyable.