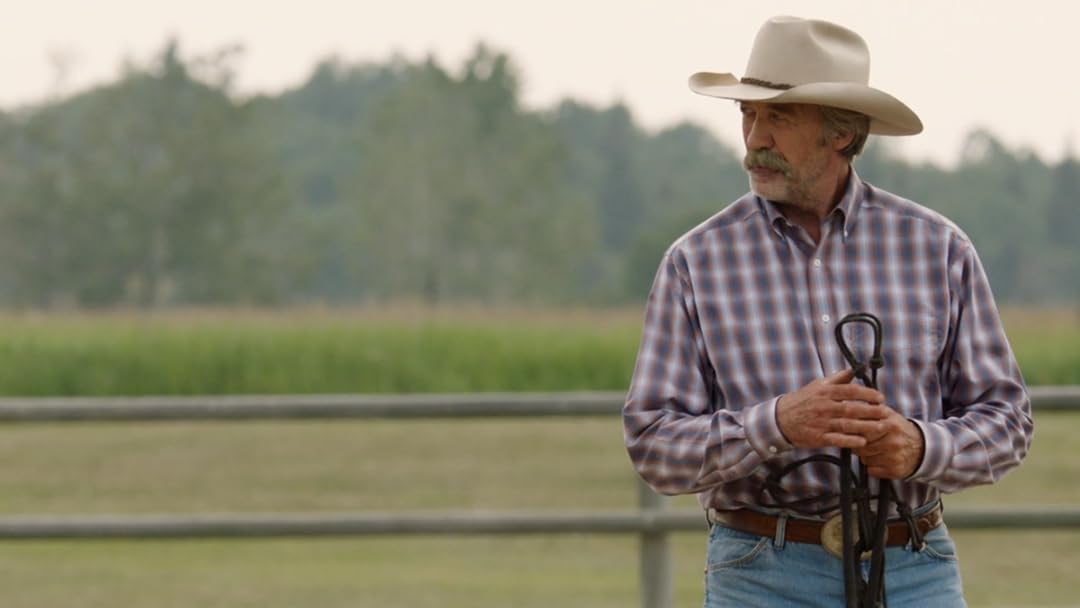 (59)
8.42021X-RayNR
Amy and the rest of the Bartlett-Fleming family embrace the future as they continue to heal. As each family member moves forward, they pull together to help each other.

James WrightReviewed in the United States on March 22, 2022
1.0 out of 5 stars
Used to be a wholesome show... now....
Used to be a family show. Now they're introducing gay characters. No thanks
26 people found this helpful

H K LitchfieldReviewed in the United States on June 17, 2022
5.0 out of 5 stars
This c9.pleted the series.
Verified purchase
Loved the story.
2 people found this helpful

LauraReviewed in the United States on June 9, 2022
5.0 out of 5 stars
Great series
Verified purchase
Great series
2 people found this helpful

LINDA HarrisonReviewed in the United States on May 6, 2022
5.0 out of 5 stars
Plays good on my blue ray.
Verified purchase
Some thing I really like, I have all the seasons.
One person found this helpful

June SpauldingReviewed in the United States on June 15, 2022
1.0 out of 5 stars
Heartland season 15
Verified purchase
The DVD had no sound so we have a useless item. Not very happy!!
One person found this helpful

Tom LeoniReviewed in the United States on April 8, 2022
4.0 out of 5 stars
Good at the Beginning, Excellent by the End (*NO SPOILERS*)
First, there are 10 episodes total in this season--and like Amazon did for Season 14, one episode is added every week after release in the US. Let this be a hint for Season 16: before you feel cheated and put up a bad review because you can see only X number of episodes after release, please pretty please (and I say this from the bottom of my heart) get a clue!

Now, to Season 15. The grieving of the characters from Ty's death we saw in Season 14--along with the little awkwardness in the plot as the writers scrambled to save the show after Graham Wardle's quitting--are wholly gone in this new season. This is a lot more in line with the Heartland of old, with most of the familiar story-lines and the main characters playing a commensurate part. Besides Amy and her mission to gentle difficult horses and mentor young talented trainers, lots of Jack and Tim, lots of Lisa, some Caleb, Scott, and Clint, and even a cameo by Jade--and at long last even a good helping of Peter. His and Lou's troubled relationship evolves from where the ending of Season 14 had left off, adding plenty of momentum to the story-line as well as bringing us closer to the show's old familiar feeling.

Notably absent is Georgie. I guess the actress playing her is otherwise employed, although the character gets talked about from time to time. The newcomers are Jessica, Tim's new lovely wife that we had briefly met in Season 14, and the young daughters of Lou's and Amy's--Katie and Lindy, both old enough to have interesting speaking parts. In particular, Katie takes off as a major character towards the end of the season, played perfectly and very "Heartland-like" by a very sweet Baye McPherson. Also, a new young man with a talent for gentling horses makes his appearance; another of Clint's finds, he comes from a troubled family (a constant theme in Heartland) but tries his best to go straight largely thanks to Amy's help and the wholesome environment of an equestrian center.

Speaking of new characters, Parker, played by Ava Tran and briefly introduced in Season 14, shows up for much of the first half of the season. To this day, I can't understand what the directors thought this character would add to the show: a wooden tween with zero personality, cringeworthy acting and no ties with the rest of the characters and the story. Mercifully, she disappears in the last few episodes. I guess they thought they'd make her a major character (perhaps someone at CBC owed Tran's parents a favor--I struggle to believe someone picked her for her acting), but as the season progressed, Katie thankfully replaces her as the up and coming personality on the ranch.

On the whole, the show is rather entertaining and fun although perhaps not quite as uplifting as seasons 1-13. The major characters have aged, Ty's youthful maturity is obviously missed, and there is no comedic role like the fun and spry Mallory--but Heartland's continuity as a constant in our entertainment life is there, as well as the wonderful variety of the personalities. Turn up the sense of humor a bit, keep the show Parker-free and give Katie an even more prominent role as the resident youngster, and you're 100% back on track. Also, for some reason Maggie's diner has totally disappeared from the show, with no explanation--although Lou is still supposed to own it. I kind of miss it and the fun, casual atmosphere it brought.

Bottom line: minus 1/2 star for the nails-on-a-chalkboard Parker, and another 1/2 star deducted for the brevity of the season (why only 10 episodes in the last two seasons?)--otherwise one of my all-time favorite shows is back fully on track. Please make Season 16 longer and don't even think about ending the show there!

10 people found this helpful
See all reviews
Back to top
Get to Know Us
Make Money with Us
Amazon Payment Products
Let Us Help You
EnglishChoose a language for shopping. United StatesChoose a country/region for shopping.
© 1996-2022, Amazon.com, Inc. or its affiliates