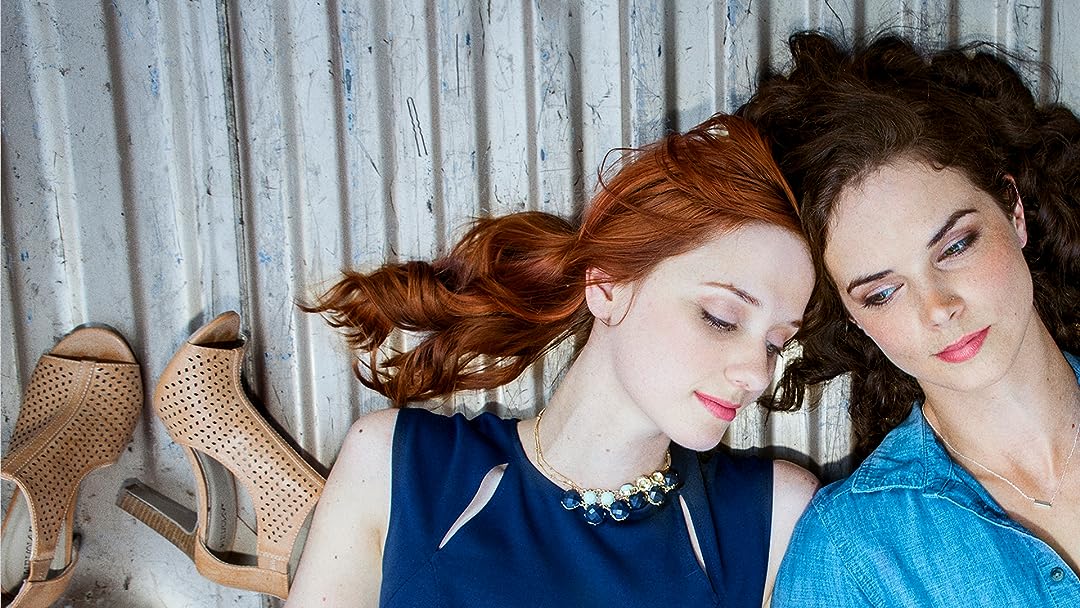 (342)
6.01 h 40 min201618+
An artist whose lover died moves in with her Mom, whose hopes that her daughter will go straight are disrupted by her brother's intense girlfriend.

Lawrence RobertsReviewed in the United States on September 1, 2021
4.0 out of 5 stars
Its about more, much more, than lesbian love
Verified purchase
This movie seems perceived by most reviewers as being about lesbian love, but I found much more than that in the movie. Yes, for sure lesbian love is the major vehicle to bring out the self-deception of every character in the movie. However, I found it to be as much about self-deception and the hypocrisy that results from self-deception as about a lesbian love affair. Lauren is a lesbian, deeply in love with and devoted to Nicole in the small town Guthrie, Oklahoma. The movie opens with Lauren lying in a hospital bed with her dying lover Nicole. Lauren is so devoted to Nicole that she spends 4 months away from her work caring for Nicole during her dying days. She loses her job and is evicted from her apartment, and is forced to go back to her mother’s home. Her mother perfectly presents the small town hypocrisy of being nice people, but intolerant of anything, such as homosexuality, that is outside of their small minded and narrow world. Lauren’s hypocrisy is that she won’t admit to and allow herself to suffer the heartbroken grief that Nicole’s death caused. Her brother Justin and his girlfriend Carrie arrive from Napa, California. They are involved in establishing a local winery in Oklahoma. Carrie is from a well-established wine making family in the Napa Valley, and met Justin when he became an apprentice winemaker there. Justin is ambitious, his boyhood dream having been to bring winemaking to his home town of Guthrie, Oklahoma. Carrie is rather stand offish towards Lauren, in fact the whole scene in Guthrie including Lauren’s mother. However, she and Lauren warm to each other, and become emotionally closer as the movie progresses. Her hypocrisy is that indeed she does have latent lesbian desires which she tends to hide as empathy for Lauren due to her grief over Nicole’s death, and sympathy because of the dysfunctional relationship she has with her mother. She is also self deceiving in terms of her love for Justin. She and Justin act more like business partners than lovers, and Carrie prides herself in being the calm, cool, collected one, relying on reason and open communication. Justin is self deceiving toward both Lauren and Carrie. He supports Lauren’s lesbian lifestyle until it threatens his relationship with Carrie. Then he turns on Lauren, almost viciously. He is also self-deceiving about his feelings towards Carrie – they are indeed more as a business partner than a lover. They apparently have been together for some time, but he has never proposed to Carrie and is evasive about when that might happen. The mother is self-deceiving in that she somehow believes Lauren is “fixed” now that her “friend” died. All of this hypocrisy plays out as the movies progresses, and rather explodes into a very dramatic scene involving all of these characters near the end of the movie. I wont spoil the ending, except to say I did not find it very satisfying. I can’t give it five stars primarily because I thought some of the dialogue in the drama that played out near the end was rather strained and awkward. It’s as though they just needed to have everything come to a head, and had difficulty creating believable conversation around all of this drama. This was especially true of Carrie and Justin’s final conversation, and between Lauren and Kenny when Lauren went there because she couldn’t stand staying in her mother’s house any longer. The chemistry between Lauren and Carrie was very well developed by the actresses Velinda Godfrey and Laura Spencer. Their love scene was tasteful, believable, erotic, and very well done. There is a strong signal near the end of it that clearly signals Lauren’s refusal to allow herself to really feel love again when she pushes Carrie’s hand away. That is also a signal that Carrie was feeling more than sympathy for Lauren and wanted to give her the same pleasure she had just received. Godfrey was brilliant all the way through, except for that very clumsy scene where she goes to Kenny at the end.
Even though I thought the script after the love scene could have been done better, I still think it is well worth watching and I do recommend it.
4 people found this helpful

Katy GReviewed in the United States on September 28, 2017
5.0 out of 5 stars
Grief, Betrayal, Humor -- and Wine! Watch It!
Verified purchase
If you pay attention to film ratings, go with the Amazon one (very high), not the IMDB one. I almost didn't watch it cause of the IMDB rating, and that would have been a pity - since it is really quite good. I lost a loved one to cancer recently, and this does capture some of that experience -- made me cry at points -- while it also had plenty of lighthearted moments and humor.. Thought the lead actress, Velinda Godfrey (apparently the writer) did a fantastic job. The relationship is one you want to watch unfold -- and, yes, it has a few moments of passion, for those who like a little ooo-la-la. Watch it, you won't be disappointed.
22 people found this helpful

nickel platedReviewed in the United States on November 9, 2021
1.0 out of 5 stars
Must Have Watched a Different Movie
Verified purchase
Maybe I watched the wrong movie, but this didn’t seem like it rated a 5-star review by so many viewers. Who in her right mind looses a loved one, has a fling with a loved one’s loved one and then tries to have a quickie with a neighbor? All in a short period of time, no less! And why all the antiquated characterizations of Oklahomans? Plus, anybody who is from the Napa Valley would not dress that way. And who goes fly fishing at Lake Eufaula? Isn’t that known for its bass fishing...with a crank bait? Who would wear a long skirt when planning to break into an apartment through a window? Somebody didn’t do her homework!

I give this a big thumb’s down for so many reasons. It earns my BIG 5-I rating: Implausible, Impossible, Imbecilic, Impetuous, and Immature. Yikes.

T. F.Reviewed in the United States on September 7, 2020
4.0 out of 5 stars
A surprising gem
Verified purchase
You know when you start a queer indie film that it's a crapshoot. Took a gamble on Heartland, and it was actually pretty good. Well-acted, neatly produced, a cohesive and interesting narrative. The two leads have good chemistry and are allowed a decent amount of time to build a relationship. The supporting performances are good as well.

A grief-stricken woman, Lauren, returns home after her girlfriend passes away. Her mother, a "tolerant" bigot, welcomes her home but will not accept that Lauren is gay. When Lauren's brother visits with his girlfriend in tow, Lauren and the girlfriend, Carrie, hit it off and get close while the brother is away on business.

I won't spoil the plot. Instead, I'll say the characters are written realistically, with realistic motivations. Oklahoma is used as an affectionate backdrop. It's well-directed, well-acted, and really, you can't ask for much more of a film with this kind of budget.

V. AlexisReviewed in the United States on September 10, 2021
5.0 out of 5 stars
Wholesome
Verified purchase
Everything was great about this movie save my bias for wanting the two main protagonists to end up together. It wasn't so bad however considering what she confided about her relationship with the brother. I suppose everyone got a chance at a happier ending and that's better then I could say for most.
2 people found this helpful

Amazon CustomerReviewed in the United States on September 25, 2021
5.0 out of 5 stars
solid acting of an excellent and intense play
Verified purchase
extremely well written script. has some of the best aspects of tennessee williams: emphasis on dysfunctional family, interpersonal tensions, conservative environment, overtones of homosexuality. the acting is first rate, keeping up the quality of this script, with solid direction. each character has their own weaknesses and baggage, and all must live with them.
One person found this helpful

HHReviewed in the United States on February 2, 2022
3.0 out of 5 stars
Decent acting
Verified purchase
Decent acting from the actors...But too much drama....The typical traditional in accepting family and neighborhood of the lgbt person....And not caring about her struggles...It's was decent enough story line and acting to finish watching....But not something with a big wow factor
See all reviews
Back to top
Get to Know Us
Make Money with Us
Amazon Payment Products
Let Us Help You
EnglishChoose a language for shopping. United StatesChoose a country/region for shopping.
© 1996-2022, Amazon.com, Inc. or its affiliates