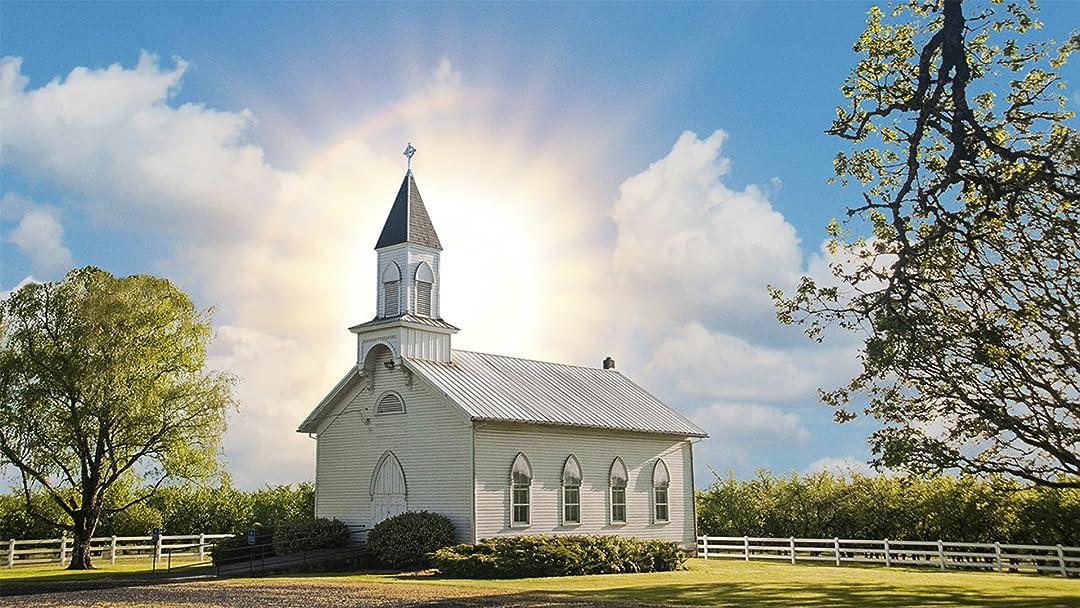 (427)
5.91 h 42 min2019X-Ray7+
A prideful man finds himself carrying the weight of the world until a divine experience changes his life and he can't deny the power of God.

CdanzReviewed in the United States on June 19, 2019
5.0 out of 5 stars
A heartwarming and inspiring movie
Verified purchase
I had been eagerly anticipating watching Heavenly Deposit, for well over a year, and wasn’t disappointed. This is a wonderful and inspiring movie! Not only is the story and acting fantastic, the lighting and film quality are top notch. I hope I’m communicating that correctly. I’ve watched movies before that looked like they were shot using a video camera purchased from a discount chain store. Everything about Heavenly Deposit was quality.

I could also relate to the stress the characters were going through, and found myself tearing up during one scene in which Peter and Ellie were arguing about finances.

This movie’s core message is one of faith and hope. I highly recommend it.

XtineReviewed in the United States on May 30, 2019
5.0 out of 5 stars
HAVE A LITTLE FAITH
Verified purchase
The movie was well written and well acted. The story line is set up beautifully. It takes place during the recession of 2009 and this was based in Los Angeles. You can't help but relate to some of the struggles the couple in the movie go through. It's based on true occurrences and has a beautiful twist toward the end. The message of the movie is to have little faith in a higher power as it can help you through some of your most difficult moments.
36 people found this helpful

Wonder?WomanReviewed in the United States on June 22, 2019
5.0 out of 5 stars
I'm not even a Christian and I loved it.
Verified purchase
I am a sucker for hard luck stories that have a happy ending...and this is one of the best I have seen in a long time. A beautiful story of a man and woman facing hard times and finally coming out victorious. True, it does have a miracle or two in the storyline, but even those of us without faith, can believe in miracles. Plus, I am a pushover for good looking Greek men, and George Vincent is certainly one.
30 people found this helpful

Steve MeyersReviewed in the United States on June 6, 2019
5.0 out of 5 stars
Relatable
Verified purchase
This is a great film. We need reminders constantly to put God first. I thought the acting was great. The story is so relatable on so many levels. It can inspire others going through hardship. Well done to George Vincent and Rick Irwin!
31 people found this helpful

JDubyaReviewed in the United States on August 20, 2019
2.0 out of 5 stars
DVD Heavenly Deposit was 'okay' but cheezy
Verified purchase
This film was okay, but the message seemed to be that if you become a Christian that all your problems will turn around and your life will be rosy again, which is a spurious message to non-Christians. The acting of the two main characters was quite good in most scenes, though the scene where the guy became a Christian was poor in every way;; lacking the aura of sincerity and lacking the appropriate explanation of the commitment he was about to make. That scene also left out critical components of a genuine surrender. It seemed like they were just saying words to get it over-with and it appeared to me like it was just dropped-in toward the last part of the story without a thought of where it 'fit' into the story. The acting would have been much better is the writing and directing had been more professional, in my opinion. John Savage was the only well-known actor and his part was very small. The story-line about his pending home going into foreclosure was poorly developed. He kept selling things and getting money from multiple sources, but we weren't told what he did with the money he got (garage sale, selling jewelry at pawn shops, etc) and there was no mention of putting any part of all that money put toward the late mortgage payments till the very end., which is unrealistic because it made it look like his mortgage payments must have been super-high though they obviously had never been a high-earning family. Given the inconsistencies in the story-development and critical scenes being poorly contrived, inappropriately acted and directed and the misleading conclusion of the story., I cannot recommend this film. It did have some good parts and was not a total waste of time, though.
14 people found this helpful

Diane LundgrenReviewed in the United States on June 21, 2019
5.0 out of 5 stars
Amazing movie 👌
Verified purchase
Amazing movie about finding your way back to God and trusting Him that he is there for you❤️ I highly recommend watching this movie and see how the God of the universe loves us and never stops loving us even when we turn our backs on Him!
27 people found this helpful

Jacie cooperReviewed in the United States on June 25, 2019
5.0 out of 5 stars
No matter what we go through God is always there to love and pick us up!!
Verified purchase
My daughter and I loved the movie. Loved seeing how God is always at work in our lives and never gives up. I loved watching their story unfold and feeling Gods love throughout the movie. Great job guys, God Bless!!
23 people found this helpful

Amazon CustomerReviewed in the United States on September 6, 2019
1.0 out of 5 stars
Just can't watch it anymore
Verified purchase
I've been through almost everything in this movie; but at the same time, I just cannot identify with the characters. The acting is okay, but the character development and story line, in my opinion, is terrible! The setting is just not believable. A married couple who is neither in love nor even amiable toward each other, with a total lack of communication and no financial skills. The guy dresses and acts like he's in business or marketing, but suddenly we find out that he's an out of work actor. His car runs out of gas, but he tells his wife it won't start. Then he finds some change and puts a gallon of gas in from a container and then tells her that he got it running, when obviously he is not the mechanical type nor would he have the patience to work on a vehicle. His character screams "uptight" and upper level management, but at the same time he presents as oblivious to everything until it's almost too late.
I'm not sure what the wife does but she doesn't cook, she's sick a lot and never smiles. What would make me watch more than 30 minutes of this film? Well even if it has an incredible ending, nothing. This is a "C" movie.
6 people found this helpful
See all reviews
Back to top
Get to Know Us
Make Money with Us
Amazon Payment Products
Let Us Help You
EnglishChoose a language for shopping. United StatesChoose a country/region for shopping.
© 1996-2022, Amazon.com, Inc. or its affiliates