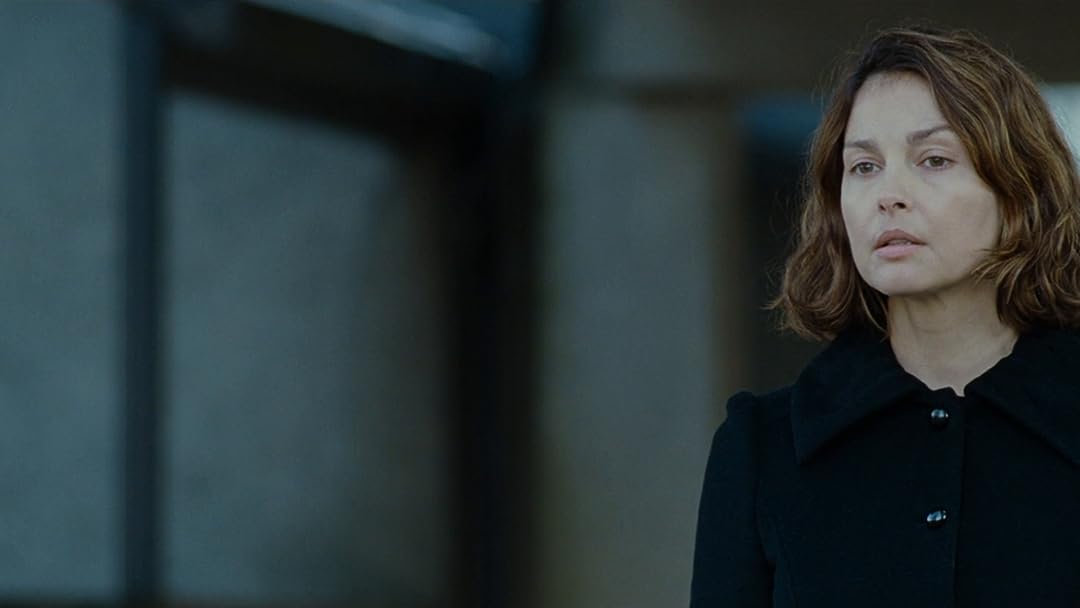 (691)
6.31 h 59 min2010R
On the outside, Helen (Ashley Judd) has the perfect life - a loving family, a beautiful house and a successful career - but when her suppressed mental illness resurfaces, the world crumbles around her. Crippled by depression, Helen befriends Mathild

tkReviewed in the United States on October 1, 2020
2.0 out of 5 stars
Sad AND aggravating
Verified purchase
The subject of the movie, Judd's Helen is just very unlikable and unsympathetic. The supporting actress turns in a better performance. But Helen is an entitled woman who scampers around in her own idealistic world with the glow of self-satisfaction of being beautiful, rich, tinkering at a hobby veiled as a “career” and a perfect husband who makes it all possible. Helen is the princess on a pedestal. For her birthday at her perfect house with her perfect friends and family she gets a grand piano from her perfect husband. Then in the space of a few days she does a complete 180 and goes totally off the rails for apparently no reason.
Judd does portray the selfishness and victimization of mental illness realistically. The way she never tells her husband of her past before marrying, and traumatizes her child and then leaves her without an explanation. The way she just expects her employer to give her all the time off from work she needs because well, she’s “Helen.” Helen never once stops to think what her suicide attempts would do to her teenager. Helen’s best friend, the supporting actress who is great by the way, takes Helen to her beach house where her Mom committed suicide that contributed to her mental illness. What did Helen do? Instead of reaching out to her daughter, or comforting her friend, Helen runs right out that night and tries to drown herself at the same beach house so her friend can find her and relive her personal horror of suicide and her daughter can experience such horrors too. To me Helen was just so entitled she was unsympathetic. I know she was sick but she was totally self-absorbed and it appeared her character was that way even when not depressed.
One person found this helpful

Sharon D. Reviewed in the United States on October 15, 2020
5.0 out of 5 stars
Touching and sometimes heart wrenching story about living with depression and it’s hope for recovery
Verified purchase
Excellence in portraying the life of someone who has suicidal depression. Ashley Judd is suburb! It is heartwarming and heartbreaking, but it Also reveals how someone with a mental illness faces challenges in the therapy for their brain disease. Furthermore, this film, also shows how families are affected when a family member is ill and their loss, sometimes of hope. The film also shares the relationship between two individuals who share the same disease.
One person found this helpful

LibriaReviewed in the United States on February 12, 2016
5.0 out of 5 stars
Gives a glimpse into the reality of depression, how a sufferer experiences their illness, and how loved ones are affected
Verified purchase
This movie depicts mental illness in a clearer way than most. I did not feel that it was over the top, and felt it was more relative to how one feels and experiences depression and the onset of it. I did not like the parts with the younger girl bonding with her better and then what happened with her, it was a bit too theatrical- but the reason why Helen bonded with her more than ever her own husband was great. It shows the troubles one can have when their partner has no experience with mental illness. It shared how depression can cause one to isolate themselves from others who haven't a clue. Helen stuck to the younger girl who also experienced issues, because she was the only person she could truly relate to and have an understanding with. How a sufferer attempts to hide it and fight it until it becomes too much of a struggle to juggle on their own is also depicted.
8 people found this helpful

MaskedReviewed in the United States on February 26, 2014
5.0 out of 5 stars
Ashley Judd at her finest
Verified purchase
Never been much of a fan of her big studio films although she does well in them (just my own personal taste with anyone). It's these small independent films that actors get to spread out & really shine. And Ashley Judd is no exception. She gives an absolutely riveting performance as Helen. Drawing on her own personal experience with depression and the stigma that surrounds it, Ms. Judd takes us on a roller coaster ride to hell and back that is both disturbing and moving. I highly recommend it to anyone like Helen who has the courage to finally see that she is not a bad person trying to become good but a sick person trying to get well. Ashley Judd is stellar in this film. And Ms. Judd deserves a huge amount of credit for bringing the subject matter to light.
13 people found this helpful

Comparison Shopping ConsumerReviewed in the United States on June 28, 2014
3.0 out of 5 stars
Realistic view of Major Depression
Verified purchase
But so realistic, you will probably start feeling dark yourself.

For people with depression, this film might act as a trigger, so keep that in mind.

Judd did such a good portrayal I figured she must have gone through this, at some time, in her own personal life.

There is acting- and then there is knowing. She seems to know what it is like to have the BEAST show up in your life.

A good movie to teach people what major depression is like. The ending concludes on a realistic note as well.

GaryDallasReviewed in the United States on February 28, 2014
5.0 out of 5 stars
Ashley Judd is a true Pro.
Verified purchase
The topic of the movie is difficult for anyone to understand in depth unless they have experienced clinical depression themselves. It's also difficult to create a movie on this subject that is likeable by the viewing audience----because there is nothing good about depression. Being fair to the artists who created the movie is also difficult because they created something you really did not want to see. If you concentrate on these realities while judging the movie, it's easy to realize what a wonderful job the artists did, particularly Ashley Judd. She did not sleep walk through this small movie which would never have a large audience and never be popular. She gave it her best shot and the movie benefits enormously from her professionalism.
8 people found this helpful

AnnetteReviewed in the United States on January 31, 2017
5.0 out of 5 stars
A True Look At Depression
Verified purchase
This movie is so real. It shows the effects that the depression does to a person and their loved ones. Ashley Judd did a outstanding performance in this movie. If you haven't seen it then you need to buy or rent the movie. There are tons of people out there going through depression and anxiety. I'm happy that they made a wonderful movie about how people feel when they are dealing with depression.
5 people found this helpful

AndreaReviewed in the United States on August 21, 2021
1.0 out of 5 stars
Boooooring!
Verified purchase
Wish I could cancel this order. About half way through and it's insufferable! Both the main character and one of her students are losing their minds and it's the usual histrionic nonsense.
See all reviews
Back to top
Get to Know Us
Make Money with Us
Amazon Payment Products
Let Us Help You
EnglishChoose a language for shopping. United StatesChoose a country/region for shopping.
© 1996-2021, Amazon.com, Inc. or its affiliates