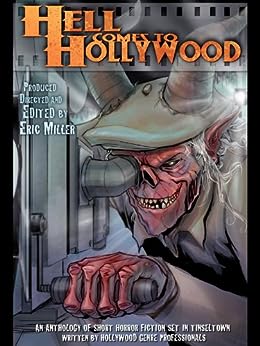 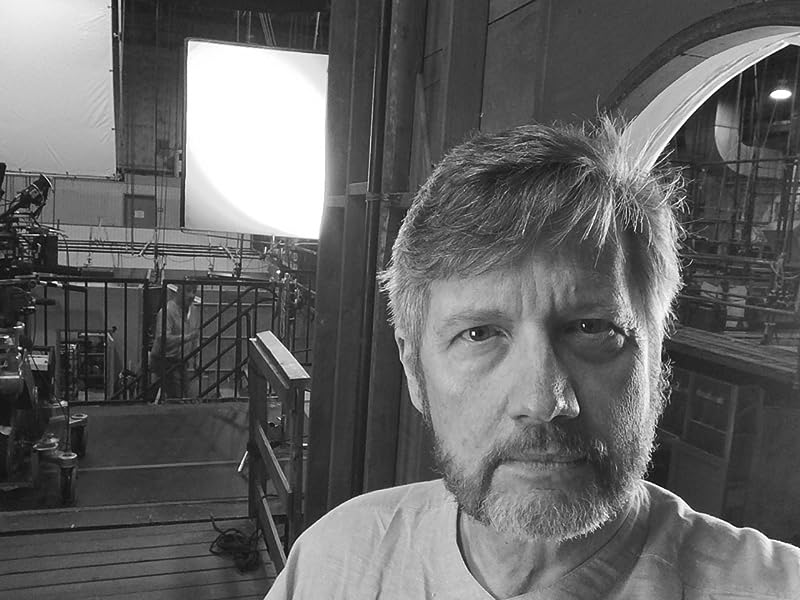 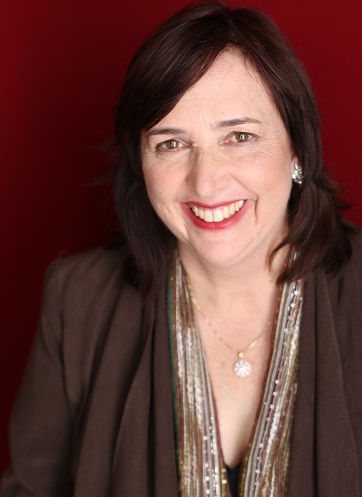 Vampiric producers, ghostly actors, psychotic limousine drivers, murderous stunt men and more haunt the streets and back lots of Hollywood in twenty original horror and suspense stories set in the heart of show business, and written by veteran movie and television professionals who went through Hell and back to bring you these tales.
Read more
Previous page
Next page

"Gorier than any PG-13 horror flick you'll see, and written better (by amile) than any SyFy schlockfest, HELL COMES TO HOLLYWOOD is worth a look." --Dr. Loomis, Aint It Cool News Horror.

"HELL COMES TO HOLLYWOOD is a unique and refreshing read for any genre fan, and genuinely impossible to not enjoy." --Vivienne Vaughn, FANGORIA

"If you're a fan of horror, delivered in any medium, this is a must-read." --Matt Molgaard's Horror Novel Reviews

"I lookforward to volume two since volume one of HELL COMES TO HOLLYWOOD is an entertaining anthology."
-Felix Vasquez Jr. at Cinema-Crazed.com

"All in all an enjoyable anthology including some noteworthy material." --Mario Guslandi on Horrorworld.org

"Hell Comes To Hollywood" Editor Eric Miller has worked in independent film for over twenty years as a Screenwriter, Head of Production,  Director of Development, Producer, Production Manager, and other exciting, fun filled, low stress jobs.

His screenplay credits include Night Skies ,The Shadow Men, Mask Maker and Swamp Shark, as well as the Sy Fy Channel epic movie Ice Spiders which was said by the Hollywood Reporter to be "...first rate Entertainment" and by Dread Central horror web site to "spin a web of mirth and mayhem", as well as prompting a monologue and parody skit on The Late Show With Craig Ferguson. He also has a few scripts lurking "in development", and has done uncredited rewrites on other produced films.

He has a lifelong passion for books and reading, and has been dreaming of starting a small press for many years. Technology has finally made the dream possible, and though it could turn into a nightmare, at least he will have material for a new story.

Miller is a member of the Horror Writers Association. --This text refers to the paperback edition.

4.3 out of 5 stars
4.3 out of 5
36 global ratings
How are ratings calculated?
To calculate the overall star rating and percentage breakdown by star, we don’t use a simple average. Instead, our system considers things like how recent a review is and if the reviewer bought the item on Amazon. It also analyzes reviews to verify trustworthiness.
Top reviews

Doug Molitor
5.0 out of 5 stars Hooray for horrible Hollywood!
Reviewed in the United States on October 21, 2012
Verified Purchase
Every variety of Tinseltown terror you could wish is in this gripping set of grim tales. Warning: Gore gushes, the comedy is dark and of scant relief, virtue is not rewarded, dreams turn to nightmare, self-loathing trumps self-respect, and endings are not happy. Like a box of nasty chocolates, this is a collection best sampled nightly, rather than consumed in one gut-wrenching sitting. Whimsical chills in Laura Brennan's story about the sheer hell of boredom quickly segue to Andrew Helm's sanguinary salute to low-budget 50s monsterfests that comments supernaturally on the high costs to their creators. Soon we are awash in blood, in John Schouweiler's killer agent saga. The town's hangers-on take care of hideous business in iconic settings (a swimming pool, a studio apartment) in haunting tales by Ann Lewis Hamilton and Sean Yopchick. James Grayford waxes poetic about serial killing. William Paquet's hotel of horrors will make you long for the comfort of Barton Fink's blazing digs. Alan Bernhoft manages to combine a kitschy landmark, Old Hollywood royalty, and sci-fi carnage. Elizabeth J. Musgrave sets up a casting call gone diabolically wrong. Richard Tanne warns of that even astral projection is no match for the worst kind of writer's block. Travis Baker calls down infernal judgment on a Hollywood Hills homeowner. Jed Strahm and Ray G. Ing award a selfish star with her moment of glory on a deep red carpet. Paul J. Salamoff makes you feel great...about missing out on those exclusive Hollywood parties. Jamison Rotch confirms your worst fears about what you have to do to whom, to get a deal in this town. Charles Austin Muir shows us being a lonely old ex-actor is not so bad, unless you are tempted to do something about it. C. Courtney Joyner displays a porn performer with a bloody, weirdly heartening end. Shane Bitterling's scoop on a celebrity interview show gone horribly wrong is not for the even remotely squeamish. And the late Brian Domonic Muir posits an L.A. (and a universe) where the purest face violent death, and the compromised rest of us, far worse. Best of a fine lot are Jeff Seeman's "The Cutting Room," a witty bit of writer's revenge, leaping through realities with an unsettling ring of been-there, done-that; and Joseph Dougherty's flesh-crawling portrait of a psychopath, "Town Car" (DON'T call it a limo.) Being a fan of the monstrous and macabre, I was enthralled by this collection of Hollywood horrors, edited by Eric Miller. It's also the perfect cautionary gift for that budding writer/actor/director you know, who can't wait to set off for Tinseltown.
Read more
One person found this helpful
Helpful
Report abuse

K. C.
4.0 out of 5 stars Most very good and original
Reviewed in the United States on August 24, 2018
Verified Purchase
A couple were very gory and too much like those horrific news reports you read after a human monster has been caught. The best aspects were the locale descriptions because I know the area.
I'd like to see another series of this type.

Elise Forier Edie
4.0 out of 5 stars Wonderful collection
Reviewed in the United States on October 22, 2014
Verified Purchase
Every single one of these stories was entertaining, running the gamut from hilarious-and-creepy, to haunting-and-creepy, to blood-curdling-and-creepy. Hollywood is, of course, full of all kinds of real-life monsters and this collection explores the very best (and worst) of them. Highly imaginative and great, great fun.
Read more
Helpful
Report abuse

Kindle Customer
4.0 out of 5 stars Some good some very good, all readable
Reviewed in the United States on June 22, 2016
Verified Purchase
An omnibus of short stories from different authors of slightly varying quality generally 3 1/2 to 4 out of five stars. I've read better and worse. I'm not sorry for buying the book and if there were (which there is) a "Hell Comes to Hollywood II" I'd buy it.
Read more
One person found this helpful
Helpful
Report abuse

Zack2981
5.0 out of 5 stars Great horror anthology
Reviewed in the United States on September 20, 2012
Verified Purchase
This collection of horror stories is a great read. There's honestly not one story in here that I didn't enjoy in one way or another. Living in Los Angeles, I can appreciate the setting but anyone into movies or the old tinseltown glitz will get a kick out of the stories here. The best part about this collection is that the authors all seem to love both the horror genre and the location and the two are a great combination. Pick it up!
Read more
2 people found this helpful
Helpful
Report abuse

AB
4.0 out of 5 stars A chilling and entertaining read!
Reviewed in the United States on July 11, 2012
Verified Purchase
I read it from cover to cover in a few sittings. Excellent flow from story to story with an amazing variety and caliber of writing. Would make an excellent TV series.
Read more
4 people found this helpful
Helpful
Report abuse

Todd Powell
4.0 out of 5 stars Fun read, Kindle edition a bargain
Reviewed in the United States on December 14, 2016
Verified Purchase
Purchased the Kindle edition at 99 cents figuring it would be difficult to go wrong at that price, and it was indeed a great buy. Most of the stories in "Hell Comes to Hollywood" are good, some very good, and all at least attempt to be interesting.

Ala Suliman
5.0 out of 5 stars Good mixture
Reviewed in the United Kingdom on August 31, 2019
Verified Purchase
A mixture of stories. Some better than others, horror is a difficult genre, but they are generally well written, deserve the time
Read more
Report abuse
See all reviews