Hello, My Name Is . . .: How Adorabilis Got His Name and millions of other books are available for Amazon Kindle. Learn more 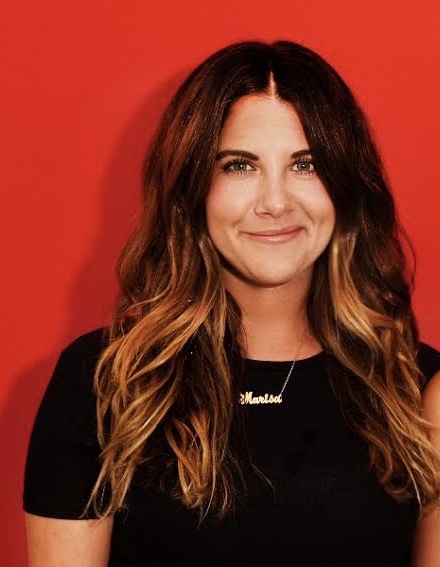 by Marisa Polansky (Author), Joey Chou (Illustrator)
4.9 out of 5 stars 33 ratings
See all formats and editions
Sorry, there was a problem loading this page. Try again.

Inspired by a true event! In the summer of 2015, an adorable new species of octopus was discovered on the ocean floor―this picture book story imagines how this cute creature got his name.

“A sweet imagined story of how the Adorabilis octopus got his name. . .The bubbly typeface paired with Chou’s whimsical, geometric illustrations complement Polansky’s story well. Adorabilis is an endearing character. . .A fun option for preschool storytimes and as an introduction to sea creatures.” ―School Library Journal

“Little ones will eagerly dive into this all-around adorable first glimpse at ocean fauna.” ―Booklist

Marisa Polansky is a writer and editor. She is also the founder of Speech Tank, a speech-writing company specializing in one-of-a-kind speeches. She lives in New York.

Joey Chou was born in Taiwan and moved to sunny California in his early teens. There he received his BFA from Art Center College of Design in Pasadena. Joey works by day as a visual development artist on feature animated films, and by night as a picture book illustrator. He has illustrated such books as When the Snow Is Deeper Than My Boots Are Tall, Ruby's Chinese New Year, Monster & Son, and Disney Parks Presents: It's A Small World.

Start reading Hello, My Name Is . . .: How Adorabilis Got His Name on your Kindle in under a minute.

4.9 out of 5 stars
4.9 out of 5
33 global ratings
How are ratings calculated?
To calculate the overall star rating and percentage breakdown by star, we don’t use a simple average. Instead, our system considers things like how recent a review is and if the reviewer bought the item on Amazon. It also analyzes reviews to verify trustworthiness.
Top reviews

myrtle
5.0 out of 5 stars Adorabilis is ADORABLE!
Reviewed in the United States on June 11, 2018
Verified Purchase
Illustrations beautiful, children will learn so much about undersea life and Adorabilis is ADORABLE. Great text and good pix. Would use this from preschool through grade three. Pretty neat story.
Read more
Helpful
Report abuse

Kindle Customer
5.0 out of 5 stars Adorable
Reviewed in the United States on December 27, 2018
Verified Purchase
Cute book fot kids about sealife and how it gets named by scientists
Cute story and illustrations

Madsmom
5.0 out of 5 stars Right Price for Right Book
Reviewed in the United States on May 5, 2021
Verified Purchase
This was a perfect book for my students. The price was definitely right. I buy tons of books
Read more
Helpful
Report abuse

D.S.
5.0 out of 5 stars Five Stars
Reviewed in the United States on May 29, 2018
Verified Purchase
My little one can't get enough!
Read more
Helpful
Report abuse

Openbookreviews
5.0 out of 5 stars Super Cute! A Nonfiction Book that Appeals to All.
Reviewed in the United States on January 7, 2019
I love including nonfiction text into the reading repertoire of my students and my children. The Common Core requires older elementary students to spend at least half of their instructional time in nonfiction text.

The time requirement only grows in number as the student transitions into their secondary education. So why not start this practice off early and get those little ones into some awesome nonfiction texts!

An awesome nonfiction text option for young readers is Marisa Polanksy’s book, Hello, My Name is…. How Adorabilis Got His Name.
In this book, you meet an adorable little, pink sea creature.

The story then transitions into all the sea creatures explaining to their new marine friend how they received all their names. It is there hope that their explanations may help their new tank-mate determine a defining characteristic that may serve as the inspiration behind the creation of a new name for their new friend.

At the end of the story, you meet the scientist who provides our new friend with the name he so desperately wanted… Adorabilis.

Included at the end of the book is a wonderful explanation for how the real-life Adorablis was found and named. You and your young readers will find it fun to learn that this sea creature does exist in real life, and Adorabilis is indeed his real name!

Read more
One person found this helpful
Helpful
Report abuse
See all reviews
Back to top
Get to Know Us
Make Money with Us
Amazon Payment Products
Let Us Help You
EnglishChoose a language for shopping. United StatesChoose a country/region for shopping.
© 1996-2021, Amazon.com, Inc. or its affiliates