Hell's Bells and millions of other books are available for Amazon Kindle. Learn more 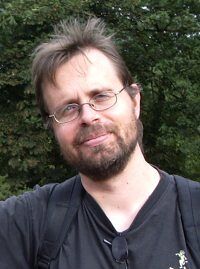 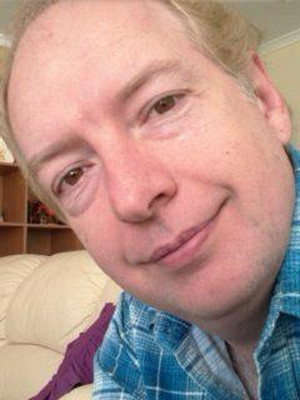 40 short stories of Christmas and ghosts. Published by the Australian Horror Writers Association. The brief for the writers was "Make it 500 words or less, make it about Christmas and make sure there's a ghost... of some kind. And we want them in two weeks!" Cover art and layout by Greg Chapman. Copyright © AHWA 2016.
Read more
Previous page
Next page

"A Conspiracy of Mothers" by Colleen van Niekerk
From a bold new voice in literary fiction comes a compelling story of three mothers whose lives intersect during a generation-defining period in South Africa’s history. | Learn more
Start reading Hell's Bells on your Kindle in under a minute.

3.8 out of 5 stars
3.8 out of 5
13 global ratings
How are ratings calculated?
To calculate the overall star rating and percentage breakdown by star, we don’t use a simple average. Instead, our system considers things like how recent a review is and if the reviewer bought the item on Amazon. It also analyzes reviews to verify trustworthiness.
Top reviews

Jaclyn L Masters
1.0 out of 5 stars Micro short stories - A4 print copy
Reviewed in the United States on December 23, 2018
Verified Purchase
This was a DNF for me - I got ten stories in and gave up 🤷🏻‍♀️ I also didn’t like the physical look of this book, it was an A4 size which makes storing ot on a regular bookshelf difficult
Read more
Helpful
Report abuse

AP Ferguson
4.0 out of 5 stars From Hell
Reviewed in the United States on January 16, 2017
Verified Purchase
A nice quirky little collection of Xmas flash fiction from the AHWA. Quite eclectic, from the dark and haunting to the comic. A solid representation of what Oz horror has to offer.
Read more
5 people found this helpful
Helpful
Report abuse

C S Hughes
5.0 out of 5 stars Yes, Virginia, Christmas Is the Scariest Time Of The Year
Reviewed in the United States on December 20, 2016
Verified Purchase
A collection of the grim, the ghoulish, the eerie and the demented. That's just Christmas with the family. If you also need a break, I highly recommend this book, with tasty morsel sized stories that prove you really better not cry, and better not shout.
Read more
5 people found this helpful
Helpful
Report abuse

Frank Errington
4.0 out of 5 stars All kinds of Christmas horror in this anthology. My favorites are the Christmas ghost stories, of which there are several
Reviewed in the United States on December 20, 2016
Review copy

Hell's Bells happens to be one of my favorite tracks from Back In Black arguably the best album from the Australian rock band AC/DC and fits well as the title for this new anthology. Much like the in-your-face rock 'n' roll AC/DC is known for, Hell's Bells, a collection of 40 flash stories of 500 words or less, will leave you rocking.

I've been aware of Australia as a hotbed of horror for a few years now, and this anthology just solidifies that view. In the mix are author's I've read a lot, some I've read a bit, and many I've just read for the first time. While not ever story hit the high notes, enough of them did to make this collection worth your time.

There are all kinds of Christmas horror stories among these tales, but my favorites are the Christmas ghost stories, of which there are several. There truly is something for every fan of dark fiction in Hell's Bells. It's not easy to write a complete story in under 500 words, but for the most part that's just what the writers accomplish in this compilation.

As I write this review, it's nearly Summer in the land of Oz and here I was reading these stories in the bitterly cold Northeast United States. So I just imagined myself relaxing out on the deck while me mate grills a thick juicy steak on the barbie. Let me tell ya, that just warmed the cockles of me heart.

Hell's Bells is published by the Australian Horror Writers Association and is currently available for the Kindle. If you subscribe to Kindle Unlimited you can read it at no additional charge. Also, if you are an Amazon Prime member you can read it for FREE using the Kindle Owners Lending Library.
Read more
5 people found this helpful
Helpful
Report abuse
See all reviews

Jasmine_Wolfe
4.0 out of 5 stars Loved It
Reviewed in Australia on December 11, 2018
Verified Purchase
As Australian authors, I found it interesting which stories reflected European and American Christmas (like snow, live trees and carolers), and which used the Australian heat in their tales. Would have loved some of these stories to be longer, but every story packs a lot in for their word limit.
Read more
Report abuse

Karl Forcey
4.0 out of 5 stars Chilling Australian Christmas treat
Reviewed in Australia on January 11, 2017
Verified Purchase
A lot of different stories and styles obviously, some great writing here though. Rebecca Fraser never fails to send a chill down the spine.
Read more
Report abuse
See all reviews
Back to top
Get to Know Us
Make Money with Us
Amazon Payment Products
Let Us Help You
EnglishChoose a language for shopping. United StatesChoose a country/region for shopping.
© 1996-2022, Amazon.com, Inc. or its affiliates