Her Hidden Genius: A Novel and millions of other books are available for Amazon Kindle. Learn more
Share 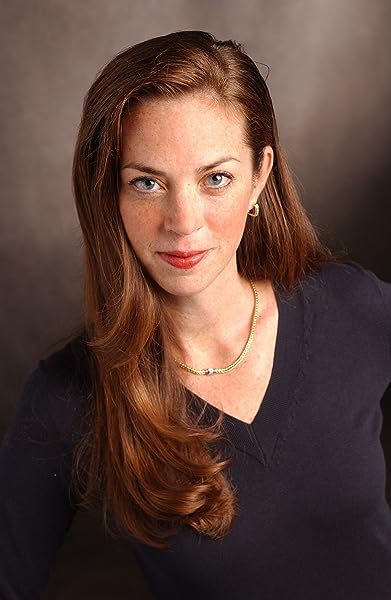 by Marie Benedict (Author)
See all formats and editions
Sorry, there was a problem loading this page. Try again.
Pre-order Price Guarantee. Details

"Fans of historical fiction will devour this complex portrait of a brilliant and trailblazing genius and the price she paid to advance the frontiers of science."
―Beatriz Williams, New York Times bestselling author of Our Woman in Moscow

The new novel from the New York Times bestselling author of The Mystery of Mrs. Christie!

She changed the world with her discovery. Three men took the credit.

Rosalind Franklin has always been an outsider―brilliant, but different. Whether working at the laboratory she adored in Paris or toiling at a university in London, she feels closest to the science, those unchanging laws of physics and chemistry that guide her experiments. When she is assigned to work on DNA, she believes she can unearth its secrets.

Rosalind knows if she just takes one more X-ray picture―one more after thousands―she can unlock the building blocks of life. Never again will she have to listen to her colleagues complain about her, especially Maurice Wilkins who'd rather conspire about genetics with James Watson and Francis Crick than work alongside her.

Then it finally happens―the double helix structure of DNA reveals itself to her with perfect clarity. But what unfolds next, Rosalind could have never predicted.

Marie Benedict's powerful new novel shines a light on a woman who sacrificed her life to discover the nature of our very DNA, a woman whose world-changing contributions were hidden by the men around her but whose relentless drive advanced our understanding of humankind.

Also By Marie Benedict:
The Other Einstein
Carnegie's Maid
The Only Woman in the Room
Lady Clementine
The Mystery of Mrs. Christie

"Marie Benedict has a remarkable talent for forcing open the cracks of history to draw extraordinary women into the sunlight. In Her Hidden Genius, Benedict weaves together molecular biology and human psychology to bring vivid life to Rosalind Franklin, whose discovery of DNA's exquisite double-helix structure takes on the narrative intensity of a thriller. Fans of historical fiction will devour this complex portrait of a brilliant and trailblazing genius and the price she paid to advance the frontiers of science." ― Beatriz Williams, New York Times bestselling author of Our Woman in Moscow

"Marie Benedict does it again, pulling another brilliant woman out of the shadows of history into an illuminating portrait for posterity. This eye-opening novel deftly explores the life of Rosalind Franklin--the wronged heroine of world-changing discoveries--and her singular pursuit of science. Educational and astounding. Brava!" ― Stephanie Dray, New York Times bestselling author of America's First Daughter

"What an important book this is. Through Marie Benedict's trademark insight and immersive historical research, Rosalind Franklin and her extraordinary legacy are beautifully restored to public recognition. So brilliantly sketched is this brilliant woman that you will find yourself both infuriated by the misogynistic battles she faces and inspired by the intellectual achievements she manages to secure regardless. A must-read for anyone interested in science or forgotten heroines." ― Kate Moore, New York Times bestselling author of The Radium Girls and The Woman They Could Not Silence

"Impeccably researched and beautifully written, Her Hidden Genius is a remarkable story of strength, perseverance, and achievement. Marie Benedict once again shines a light on women in science, vibrantly bringing Rosalind Franklin's genius to life in the pages of her novel." ― Jillian Cantor, USA Today bestselling author of Half Life

"Marie Benedict has given us an immense gift: a peek into the inner world of Rosalind Franklin, one of the most brilliant--and overlooked--scientists of her time. Her Hidden Genius describes the discovery of DNA in exquisite beauty, weaving the structure of the double helix effortlessly into a poignant and compelling narrative. This is Benedict's best work yet, a book that will break your heart, rattle your expectations, and ultimately leave you stunned by the sacrifices one woman made for science." ― Nathalia Holt, New York Times bestselling author of Rise of the Rocket Girls

Pre-order Her Hidden Genius: A Novel for your Kindle today.

​Marie Benedict is a lawyer with more than ten years' experience as a litigator at two of the country's premier law firms, who found her calling unearthing the hidden historical stories of women. Her mission is to excavate from the past the most important, complex and fascinating women of history and bring them into the light of present-day where we can finally perceive the breadth of their contributions as well as the insights they bring to modern day issues. She embarked on a new, thematically connected series of historical novels with THE OTHER EINSTEIN, which tells the tale of Albert Einstein's first wife, a physicist herself, and the role she might have played in his theories. The next novel in this series is the USA Today bestselling CARNEGIE'S MAID -- which released in January of 2018 -- and the book that followed is the New York Times bestseller and Barnes & Noble Book Club Pick THE ONLY WOMAN IN THE ROOM, the story of the brilliant inventor Hedy Lamarr, which published in January of 2019. In January of 2020, LADY CLEMENTINE, the story of the incredible Clementine Churchill, was released, and became an international bestseller. Her next novel, the Instant NYTimes and USAToday bestselling THE MYSTERY OF MRS. CHRISTIE, was published on December 29, 2020, and her first co-written book, THE PERSONAL LIBRARIAN, with the talented Victoria Christopher Murray, will be released on June 29, 2021. Writing as Heather Terrell, Marie also published the historical novels The Chrysalis, The Map Thief, and Brigid of Kildare.