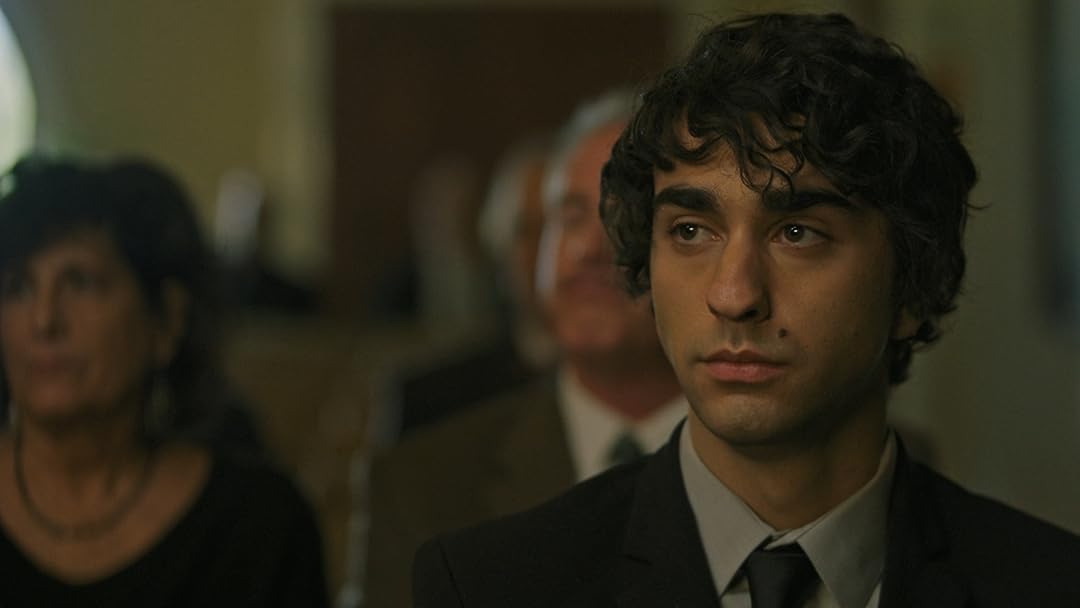 (14,271)
7.32 h 7 min2018X-RayHDRUHDR
When the secretive matriarch of the Graham family dies, her daughter’s family find themselves haunted by the sinister fate they have inherited.

KaylaReviewed in the United States on September 1, 2018
5.0 out of 5 stars
.... o.0
Verified purchase
Okay... Umm... What to write. So, this is going to be difficult to explain. I am a horror movie aficionado, alright? I'm no stranger to movies that are gorey, bloody, contain pop up scares, push the limits, etc. But this movie... this movie didn't push the limit, it said "screw the limit" and jumped over the edge. The movie is great, don't get me wrong. It's just that... Okay look, it's not often that I watch a movie that leaves me completely stunned and left having a hard time coming up with words to talk about it. This movie shook me to my core. Can I just leave it at that? It's been over a week now and I'm just not ready to talk about it. I'm glad we purchased this movie outright because I will watch it again, and again.
621 people found this helpful

Amelia KillyaReviewed in the United States on September 9, 2018
5.0 out of 5 stars
You will love or hate this film
Verified purchase
I am blown away by this film. At first, I was confused by the 3 star rating that Hereditary currently has. After watching the film and looking at the percentages within the ratings, it made sense; People are giving this movie 5 stars or 1 star, and very little action in between. If nothing else, this film will likely make you feel something very strongly, and isn't that the point?? Even if you are likely to hate this movie because of your specific tastes, I think you should see it anyway (unless you are an impressionable child or on the verge of a psychotic break). in closing, this film is a slow burn that leads you by the hand, coaxing you through the horrific events that plague a family of people you inevitably care about, all the while giving you a spec of hope that maybe it will work out in a way that doesn't obliterate them all...then the last act starts, you realize that no one is holding your hand anymore, and you've been left in the dark vulnerable to all the traumatic visceral horrors you've been dreading up to that point. Brilliant.
373 people found this helpful

E. KurzReviewed in the United States on October 22, 2018
1.0 out of 5 stars
Not even 2 stars
Verified purchase
I love horror. But this is not horror. I love drama. But this is not drama. I don't know what this is. Terrible for sure. The mother is unbelievable, the father and son have no character development. The daughter...well. its just terrible.
351 people found this helpful

Chris LenardReviewed in the United States on December 28, 2018
1.0 out of 5 stars
Well that's 2 hours of my life I will never get back.
Verified purchase
I'm sorry...was this supposed to be scary? Thought provoking? Unsettling? Please. I see why this went straight to Prime. I love horror movies but this was not one. It was pointless and disappointing. Don't waste your time.
271 people found this helpful

CharlesReviewed in the United States on June 9, 2018
5.0 out of 5 stars
Light 4.5 // Showcases what horror is capable of when taken seriously
In many ways, Hereditary is the horror movie I've been restlessly waiting to see for so many years. Despite my avid fandom for the genre, I really feel that modern horror has lost its grasp on how to make a film that's truly unsettling in the way the great classic horror films are. A modern wide-release horror film is often nothing more than a conveyor belt of jump scares strung together with a derivative story which exists purely as a vehicle to deliver those jump scares. They're more carnival rides than they are films, and audiences have been conditioned to view and judge them through that lens. The modern horror fan goes to their local theater and parts with their money on the expectation that their selected horror film will "deliver the goods", so to speak: startle them a sufficient number of times (scaling appropriately with the film's runtime, of course) and give them the money shots (blood, gore, graphic murders, well-lit and up-close views of the applicable CGI monster etc.) If a horror movie fails to deliver those goods, it's scoffed at and falls into the "worst film I've ever seen" category. I put that in quotes because a disgruntled filmgoer behind me broadcasted those exact words across the theater as the credits for this film rolled. He really wanted us to know his thoughts.

Like similarly fantastic and crowd-displeasing horror films of the past few years, The Witch and It Comes At Night, Hereditary is a film that largely deals in atmosphere and emotional horror. The Shining, which happens to be my favorite horror film, is a clear touchstone and I would go as far as saying that this is the first modern horror film I've seen that genuinely captures a similar tone and ethos. Much like that film, it delivers its horror through an intensifying sense of unease and dread that becomes nearly suffocating by its conclusion. Rather than startling you with cheap scares, it offers haunting and upsetting images which are often delivered without any of those overused sonic jolts. Perhaps most importantly, it anchors everything in an emotional core with nuanced characters who experience relatable family struggles and grief. And that is absolutely critical to what makes the movie effective and resonant: it works on a metaphorical level, using the supernatural story as a vehicle to explore the very real way in which a family can be absolutely ravaged by tragedy, and furthermore how trauma and mental illness are passed through the generations. I'd be remiss not to mention that Toni Collette gives a mesmerizing performance in this film that is absolutely unhinged and truly difficult to stomach at times.

For all that praise and as excellent as I think it is, Hereditary isn't quite a masterpiece. Despite the fact that I was very much invested and riveted throughout the length of the film, there were some detectable pacing issues. I feel conflicted in saying that because I'm very much a fan of the slow-burn horror style which benefits from a deliberate pace, but I did get the occasional nagging sense that things could've been tightened up just a tad without losing the effect. Some of the scares in the film, often the more "traditional" horror moments, also struck slightly the wrong note with me on a first viewing and were just a hair too campy or on-the-nose given how visionary and restrained the majority of the film is. And in its ending few minutes, the film really shows its full hand when a bit more ambiguity may have served it better.

The positives far, far outweigh the negatives here though and Hereditary is ultimately a remarkable debut horror film which showcases what the genre is capable of when it's taken seriously by a talented director. Here's hoping we'll continue to see more like it.

AnonReviewed in the United States on September 10, 2018
5.0 out of 5 stars
A perfect movie
Verified purchase
This is Kubrick-level film-making, not only The Shining, but also 2001 in terms of length and scope. Watch it on a very large TV, with the lights out and the sound turned up. It's 2:07, but try to make it through in one sitting, no potty breaks. You will likely be confused through most, if not all, of the movie, but don't worry about it. Just pay attention and try to absorb everything. When the movie has ended, you'll have time to put the pieces together. You'll only have one chance to see this movie for the first time. Don't blow it.

If you watch the movie in this fashion, you will likely have a very good experience. Otherwise, your results may vary.
219 people found this helpful

Freedgrl33Reviewed in the United States on December 2, 2018
1.0 out of 5 stars
Bottom shelf please.
Verified purchase
Im glad I played .99 cent for this, its not even worth that. I have never been a fan of Nicolette not because she cant act but because her choice of films are of a low grade. Its not the horror that shouls be in this film its the horror that people acfually invested time and moey making it as well as the horror I wasted my time watching. Bottom shelf please.
145 people found this helpful

Kristen LongReviewed in the United States on September 2, 2018
5.0 out of 5 stars
This reminds me of a long-lost cousin of The Shining
Verified purchase
Usually when you hear a lot of hype for a movie you are bound to be disappointed but I was very surprised at how much I enjoyed this. If you are a hardcore horror fan don't expect a lot of jump out at you scares or Texas Chainsaw Massacre, even though a couple of scenes are very disturbing. This is a very intelligent and well done film with a lot of twists and turns. It's much more subtle than movies like Insidious or The Conjuring but does have a lot of shock value that you don't see coming. I definitely see traces of The Shining in it as a distant cousin. This is a very well done and intriguing movie that makes you think about it long after. Definitely recommend.
157 people found this helpful
See all reviews
Back to top
Get to Know Us
Make Money with Us
Amazon Payment Products
Let Us Help You
EnglishChoose a language for shopping. United StatesChoose a country/region for shopping.
© 1996-2022, Amazon.com, Inc. or its affiliates