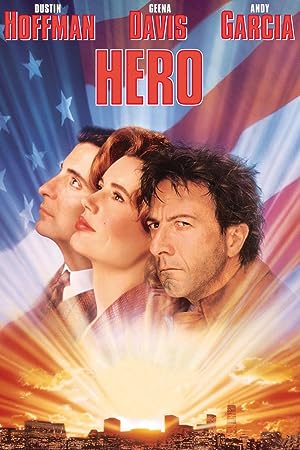 LalalalauraReviewed in the United States on June 8, 2001
5.0 out of 5 stars
underrated
Verified purchase
Hero is really a gem. It features consistently good performances and is sharp, thought-provoking, and is touching without approaching sappiness. You get Geena Davis while she was still making good movies, Dustin Hoffman without much visible ego, a solid Andy Garcia, and the always-fabulous Joan Cusack.
This movie was SO underrated. I remember reading that Quentin Tarantino said this was a movie he wished he'd had a chance to direct because it could have been so much better, that in this movie you see a director reaching the extent of his abilities, and while I was glad to see that someone was recognizing it in any way, it also really made me mad that Quentin Tarantino, not like the most consistent or productive director, should say that about Steven Frears, who directed My Beautiful Laundrette, Dangerous Liaisons, and this. Really! This is for me up there among the best movies of the past 10 years, certainly among the most underappreciated.
37 people found this helpful

GerardoReviewed in the United States on September 21, 2019
4.0 out of 5 stars
One of my all time favorites
Verified purchase
Great story and a compelling narrative. Loses one star for profanity, but overall funny movie.
One person found this helpful

MickeyReviewed in the United States on October 17, 2021
5.0 out of 5 stars
Great movie
Verified purchase
Just a great feel

SaraReviewed in the United States on August 3, 2021
5.0 out of 5 stars
Better then expected
Verified purchase
My father wanted to watch this movie. I wasn’t interested at all. But it had me laughing within the first few minutes with its own since of humor. Im glad we connected with this movie together

Jeffery C. BraceReviewed in the United States on May 3, 2018
5.0 out of 5 stars
Great movie. Well put together
Verified purchase
Great movie. Well put together. Director did a great job.
See all reviews
Back to top
Get to Know Us
Make Money with Us
Amazon Payment Products
Let Us Help You
EnglishChoose a language for shopping. United StatesChoose a country/region for shopping.
© 1996-2021, Amazon.com, Inc. or its affiliates