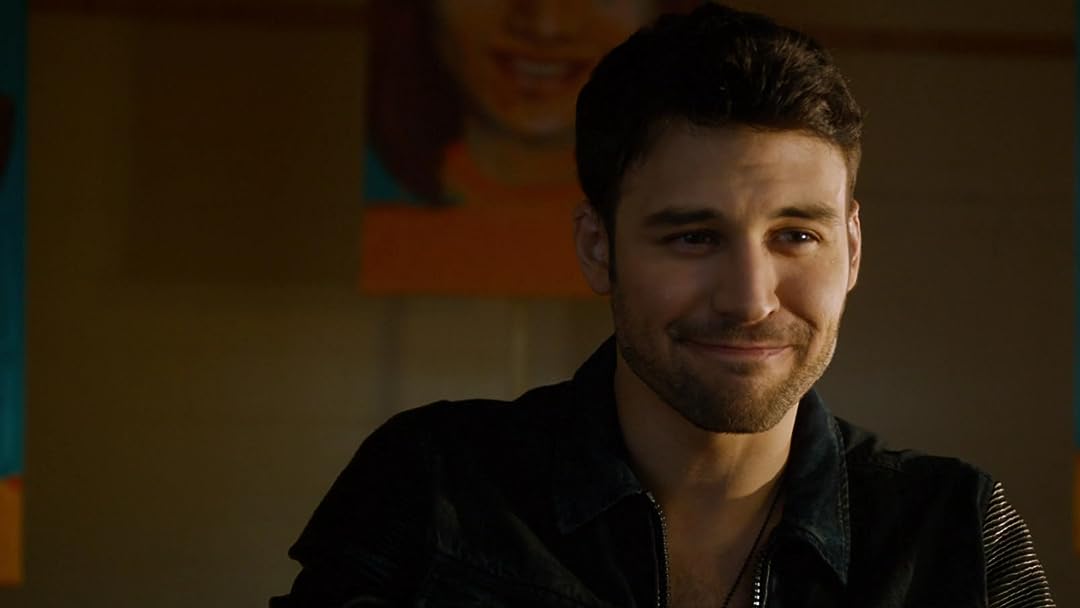 Season 1
(832)
6.72016X-RayNR
From executive producer Tim Kring, creator of the original "Heroes," comes "Heroes Reborn," a 13-episode event series that follows the journeys of a new batch of awe-inspiring heroes as they join in the epic fight between the powers of good and evil.

S. FergusonReviewed in the United States on September 26, 2015
4.0 out of 5 stars
Scenes missing from what was broadcast
Verified purchase
I loved Heroes and I'm loving Heroes Reborn after watching the series premiere and all the Dark Matters prequels. I would give it five stars except..., I watched both the broadcast version of the two hour premiere, and the version I received from instant video, and they are not the same! Several scenes were in the broadcast that simply are missing from the version I got on instant video. I went back to the broadcast version after watching the instant video one just to be sure, and even checked with a friend in case perhaps his broadcast version was different, but nope, those scenes were broadcast but weren't included in the instant video versions. I've subscribed to numerous shows through instant video and often watch the broadcast first and instant video later, and they're always been identical scene-for-scene. I know Amazon receives these from the networks so I don't blame them, but I cannot for the life of me understand why NBC would want to provide Amazon with a cut version of the show - especially when a couple of the missing scenes included central plot elements. Perhaps it was some kind of honest editing error but I feel cheated (by NBC, ultimately) for paying good money to own a show only to have it be missing scenes that ought to have been there. I only hope it was an honest error that will be corrected, and that it won't continue to happen with future episodes.
47 people found this helpful

AnonReviewed in the United States on December 13, 2019
1.0 out of 5 stars
Don’t watch if you liked original Heroes
Verified purchase
Poor acting & no likable character, including Noah Bennett in his new life. Not phenomenal acting in original Heroes, but the character’s story lines wove together & kept my interest. If you liked Heroes just don’t spend time or money. You’ll be so disappointed.
3 people found this helpful

Steve ShaffarReviewed in the United States on November 5, 2015
5.0 out of 5 stars
In short, it's GREAT -- again -- so watch it. Don't be the one who, forevermore, regrets not seeing it.
Verified purchase
I wasn't sure that I'd like the REBORN version. I love it! Too often when they try to make a come-back from a previously successful series, they totally screw it up. They change the theme, the characters, the factors that made the show popular to begin with. Much to their credit, they brought in smart, talented people and did it right this time. Having Noah Bennett return -- and now Hiro Nakamora -- is the continuity that the series had to have to recapture the original fans. We always had new players with new powers showing up in the original series, so, the new faces appearing now work because the original characters makes it "feel" familiar and right. Kudos to the writers, directors and producers that understood and made it happen.
2 people found this helpful

NS-4701Reviewed in the United States on April 26, 2016
4.0 out of 5 stars
A good show, but needs to close some holes between the series.
Verified purchase
This show takes place several years (I think 2 actually) after the events of the previous season. Noah returns, with a few other supporting characters, but this time he isn't in the business of bagging and tagging. The story is about the world coming to an end and 2 children must stop it.

This series didn't grab me like the previous Heroes did. I didn't have the same "care" for the characters as before. It left too many questions unanswered. Several main characters from Heroes weren't even mentioned. Like, what happened to Peter, and Sylar?

The show didn't really pick up my interest until the last few episodes, when it brings things together. I would still recommend it for fans of the series, but be prepared to have the same questions I did.

Jenova WhosawhatsitReviewed in the United States on January 22, 2016
5.0 out of 5 stars
Perfect way to continue the story - Near perfect finale tying it all together. Great job!
Verified purchase
This season was near perfect in my eyes. Tight storyline that was clearly planned from the beginning (I have no idea how anyone could think they "wrote this" as they went along), great characters, and gorgeous finale that ties it all together wonderfully. The last few minutes of the finale could have been more powerfully written, but other than that, they did a beautiful job at tying everything together. The philosophical themes are gorgeous, psychological lessons are really powerful, and it is absolutely entertaining all at once.

I have yet to read a critique of this series that actually does so on good grounds. Many people either misunderstood the first episode (the web like episode) as what the whole thing was going to be, or thought the time travel stuff was over the top, or too many evos... ca'mon - heroes ALWAYS did these things and if you liked it then you should wrap your head around it now.

FrogfootReviewed in the United States on August 12, 2017
5.0 out of 5 stars
Arrogant, Greedy Network Execs Trash another Firefly
Verified purchase
Shame on MBC for continually taking the Short view on this show and Heroes, I think eventually this show will become another Firefly. A show that could have made the Network bazillions if they had just take the long view. If this is how the execs invest their money then they must be the greediest investors in history and the kind that wreck up and coming companies in their drive for instant results.
They could have had a winner but instead now they just have a large number of disappointed viewers who will not soon forget how they have been treated.
2 people found this helpful

Catlady2Reviewed in the United States on October 31, 2015
5.0 out of 5 stars
Heroes Reinvented. If you liked the original series you'll like this new one. Based on the same storyline.
Verified purchase
I was a bit disappointed the original characters are conspicuously missing. There are two of the originals currently in the story line. Hopefully more are brought back as the series continues. Story still centers around people with special abilities that are being tracked down and killed by a big corporation. So similar story lines of the original Heroes. I'm withholding recommending this series until I've checked out more episodes. If you liked the original series you will probably like this 'reborn' series. Check it out.

Kindle CustomerReviewed in the United States on December 4, 2015
4.0 out of 5 stars
Deserving it's second chance so far...
Verified purchase
While it's world's better than the way the series originally ended, the characters in this new series don't seem to have that 'instant like-ability' we experienced the first time. As a result, that leaves us hanging on, looking for, and rejoicing in, familiar faces. As a fan of Heroes, and fully aware of it's true potential, this new series is good enough to keep us coming back for more. Only time will tell if it can compete with the seemingly higher quality programing well enough to be renewed into a proper series.
See all reviews
Back to top
Get to Know Us
Make Money with Us
Amazon Payment Products
Let Us Help You
EnglishChoose a language for shopping. United StatesChoose a country/region for shopping.
© 1996-2022, Amazon.com, Inc. or its affiliates