Add to Cart
$22.38
+ Free Shipping
Sold by: Book Depository US
Add to Cart
$24.99
& FREE Shipping on eligible orders. Details
Sold by: Amazon.com
Have one to sell?
Sell on Amazon 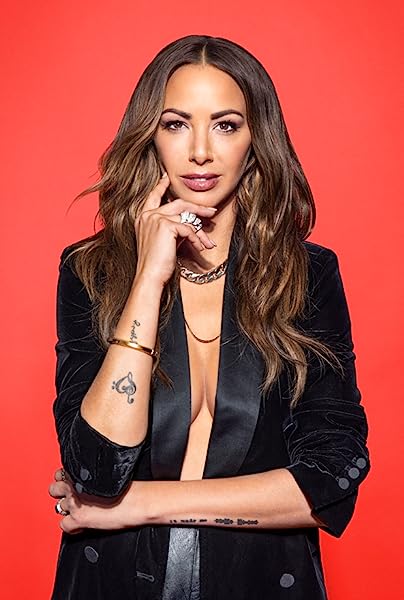 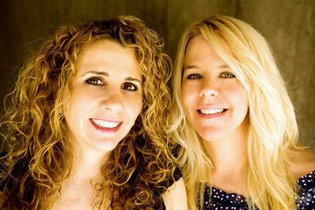 Start reading He's Making You Crazy on your Kindle in under a minute.

4.4 out of 5 stars
4.4 out of 5
77 customer ratings
How does Amazon calculate star ratings?
Amazon calculates a product’s star ratings based on a machine learned model instead of a raw data average. The model takes into account factors including the age of a rating, whether the ratings are from verified purchasers, and factors that establish reviewer trustworthiness.

Faye Doute
5.0 out of 5 stars Good job!
Reviewed in the United States on June 9, 2020
Verified Purchase
Very proud of Kristen and her book. It takes a lot of strength to put yourself out there and have a sense of humor about it. I do find it interesting that Amazon allows negative reviews from people who state they never read it.
Read more
32 people found this helpful
Helpful
Comment Report abuse

WO Texas
5.0 out of 5 stars Fun, easy read
Reviewed in the United States on June 4, 2020
Verified Purchase
A dive into her life and more of an understanding behind crazy Kristen. Liked the book!! Much better read than Stassi book. Kristen for years had spoken about writing a book before all of the other cast, including Stassi. I’m also glad this was more of a What not to do than actual advice book. Kinda of seems to make fun of herself and embrace her history. She also seems to let it all out here, and I like that... since we only see very minuscule edited version of her on screen.
Easy and entertaining read!

Amazon Customer
5.0 out of 5 stars If you have ever been called “crazy” read this book!
Reviewed in the United States on June 8, 2020
Verified Purchase
I’m a huge VPR fan so of course I purchased this book. Honestly, I enjoyed every second of it. I agree with all the reviewers that it’s a fun, light and easy read. Most of it made me laugh and some parts made me tear up. Kristen has a beautiful soul and you get that side of her from reading this book. I highly recommend because it’s very relatable to so many people!
Read more
17 people found this helpful
Helpful
Comment Report abuse

Melissa G
5.0 out of 5 stars Must read
Reviewed in the United States on June 3, 2020
Verified Purchase
I could relate to the high school stories. It brought me back to my own memories from that time. I laughed, cringed & cried reading it. I liked how deep Kristen got in her story telling. And loved seeing her grow & form a friendship with Ariana. I highly recommend reading it, especially if you are a Vanderpump Rules fan.
Read more
17 people found this helpful
Helpful
Comment Report abuse

Aubree
1.0 out of 5 stars I feel guilty for spending money on this
Reviewed in the United States on June 8, 2020
I actually pre-ordered this book and at that time, I was a fan of Kristen Doute - her craziness brought some humor to the show and I was always eager to see what she'd do next. So I was excited to get a glimpse into her life and her experiences that weren't on the show.
HOWEVER, after learning about the racism experience that ex-Vanderpump cast member, Faith Stowers, went through during her time on the show, I deeply regret purchasing this audiobook and supporting Kristen Doute in any way.
Until recently, I was unaware of these allegations- including but not limited to Kristen and Stassi Schroeder calling the cops on Faith bc they suspected her as being a woman who was wanted by the LAPD for stealing from and drugging men. After the cops failed to take action, Stassi shockingly also admitted during an interview in the 2018, that she decided to call the military police on Faith, a veteran, to accuse her of going AWOL.

To be clear, I have NOT read this book or listened to the audio version - and since learning about what they did to Faith, I've deleted from my library.
I refuse to support any businesses connected to Kristen Doute and Stassi Schroeder, at this point. Enough is enough from these vile, ignorant humans.

Francesca Maggi
5.0 out of 5 stars In Doute We Trust
Reviewed in the United States on June 11, 2020
Verified Purchase
He’s Making You Crazy is an honest, vulnerable, relatable look into how men drive women crazy! Kristen and Michele take the reader through a captivating timeline of messy relationships and in the end you see serious growth and change from Kristen. This book isn’t just a retelling of VPR stories, but a deep dive into Kristen’s psyche, her past and why she is the way she is. She lets the reader into some very personal, intense moments but still manages to make the book feel fun and light. She’s not afraid of poking fun at herself or pointing out times she was wrong. I’ve been a fan of VPR for years and have always loved Kristen for the crazy she is, but this book really exceeded my expectations. The character arc of Kristen from the beginning to end is amazing. She’s grown! Thanks for sharing, Doute!!!
Read more
14 people found this helpful
Helpful
Comment Report abuse

New Year J
5.0 out of 5 stars Diary of a real single girl
Reviewed in the United States on June 8, 2020
Verified Purchase
This book was recommended to me from several friends so I had to see for myself . . . . great read!! A real look at what it is like to be single from the 1990's to today. From landlines and Myspace to navigating d*** pics (hysterical) I am sending them out as gifts with that part highlighted :). Very relatable!! Very authentic just like Kristen.
Read more
15 people found this helpful
Helpful
Comment Report abuse

Joni McGrath
1.0 out of 5 stars Pathetic Attempt
Reviewed in the United States on June 7, 2020
Verified Purchase
Quite possibly the worst book I’ve ever read.
Thank God I didn’t pay for it.