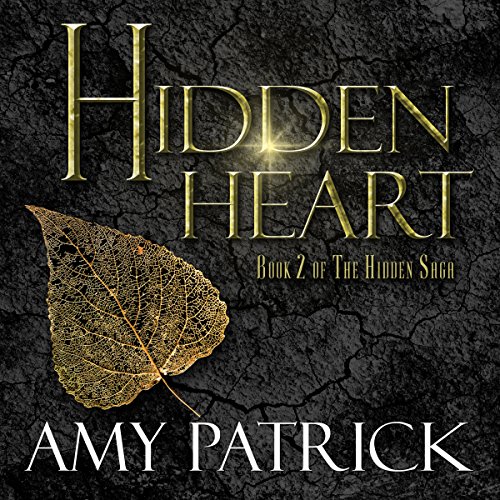 4.7 out of 5 stars
4.7 out of 5
425 global ratings
How are ratings calculated?
To calculate the overall star rating and percentage breakdown by star, we don’t use a simple average. Instead, our system considers things like how recent a review is and if the reviewer bought the item on Amazon. It also analyzes reviews to verify trustworthiness.
Top reviews

G. Brown
4.0 out of 5 stars HUGE PLOT HOLES but I overlooked them and had a great time
Reviewed in the United States on January 19, 2019
Verified Purchase
Loved the first book in this series although it is definitely meant for teens and young adults, but have to say that there are some IMMENSE HOLES in the plot line that I felt could have easily been dealt with in a more “believable” (hey, it’s a book about magic and elves, so you have to suspend some sense of reality I know) manner. Chief of these plot holes is that a teenager with no capital, no investors, no employees except her grandmother (really??) can start a successful beverage company (can anyone say FDA approval?) in less than FOUR MONTHS. I know this is probably a stupid thing to get hung up on so I’ll point to the plot line where radio and TV waves can carry mind altering effects. Should I go on? BUT IF YOU JUST GO WITH IT, this book was really enjoyable. In that you get to appreciate Nox on a whole different level and actually begin to cheer for him vs hero, Lad who I previously thought was untouchable. Their love triangle with Ryann was exciting, sexy, angst-y, and kept me guessing what was going to happen next. I immediate bought book three. And book four. And book five. I’ll let you know what I think as I proceed through them all if you are interested!
Read more
2 people found this helpful
Helpful
Report abuse

HorseHugger
5.0 out of 5 stars Even better than the first!!
Reviewed in the United States on May 10, 2017
Verified Purchase
Honestly, I might not have bought this second book if the first book hadn't ended with such a twist. But, man, am I glad I did!! The love triangle (a perfect term coined by another reviewer) between Ryann, Lad and Nox just keeps more and more interesting. SO MUCH happened in this book that I actually found myself saying, "Oh, wow... Oh, WOW!" out loud!! I didn't want to put this book down and finished it in only two days! Now I'm off to purchase the third book, which is almost unheard of for this stingy reader. (I try to only read books that are free for my Kindle, so if I'm willing to part with some green for a book, it's GOT to be good.) I can't wait to see what new things happen to these characters now that so many secrets have spilled out of the closet. Ryann still has trouble back home to deal with and what will happen with Nox and Lad??? I can't wait to find out!!
Read more
6 people found this helpful
Helpful
Report abuse

Stephanie M Nason
5.0 out of 5 stars A page turner for sure- these men are liable to make you purr.
Reviewed in the United States on March 21, 2016
Verified Purchase
Fan pods are out of control, otherworldly creatures are gaining the upper hand, and Ryann’s world has flipped 360 degrees.

Ryann’s heart is confused- she’s in over her head and can’t decide between the two men in her life.

Lad has been hot and cold- his new position within his community has started to shape his life- and Ryann isn’t feeling it.

But when Ryann desperately needs his help he is there without a second thought.

Nox is laying it all on the line- life be damned… He knows what he wants- and a little singing may help.

Can Nox sing his way into Ryann’s heart or will his tunes fall on deaf ears?

Warning: Not a stand-alone book, book 1 Hidden Deep must be read to understand the complexity of Ryann’s emotions.

Will I be reading more:
Most Definitely!

Miranda
5.0 out of 5 stars romance with tons of chemistry, originality & unexpected twists!
Reviewed in the United States on May 12, 2018
Verified Purchase
What can I say, I'M OFFICIALLY ADDICTED TO THIS SERIES! Amy Patrick has a way of making her characters really come to life! There wasn't one single character that was out of place or that I didn't like! (Yes, I loved to hate a few villains but they were wonderfully written!)

My favorite part of this book was the romance. I'm not one to like (I usually detest) love triangles, but this one is written in a way that I absolutely, head-over-heels fell for! (If you read New Moon and loved it, then this love triangle is kinda-sorta similar in terms of feelings.) Without any spoilers, the chemistry was HOT HOT HOT! I will say that this book has a New Adult feeling to it while the first book, Hidden Deep has tons of swoon-worthy romance but more of a YA feeling.

I did come across a few twists & turns that were delightfully unexpected! Of course, I bought the third book, Hidden Hope as soon as I put this one down and will be diving into it A.S.A.P.!!

If you love romance with tons of chemistry (You know, the swoon-worthy, toe melting kind!), tons of action filled with unexpected twists then this one's for you!
Read more
3 people found this helpful
Helpful
Report abuse

Goldie
5.0 out of 5 stars *Spoilers* I LOVED THIS BOOK!
Reviewed in the United States on October 8, 2018
Verified Purchase
*Spoilers*
I bought the first 5 books and have read all of Amy Patricks books on the kindle. I cannot wait to collect these and add them to my favorites shelf!
By far this book was my #1 out of the 6 I have read. Not only does Ryan experience inner conflict, she learns to experiment a little bit; Not just your typical "Oh poor me", "I'll just go die without him", type situation, but in a way I feel like Knox showed her things she would have never seen before had she stayed in her home town.
Read more
One person found this helpful
Helpful
Report abuse

LisaC
5.0 out of 5 stars I’m so confused?!
Reviewed in the United States on November 14, 2018
Verified Purchase
Lad or Nox?! Lad is out of the picture or is he? But Nox has gotten under Ryann’s skin and she really likes him there. But the icing on the cake is she finds out her dad isn’t her dad-what?! Nox helps Ryann attempt a rescue mission to save her best friend Emmy but things keep getting stranger and stranger. Add some romance and a lot of sexual attraction, you’ll have Ryann and Nox hot for one another until Lad appears on the scene with his fiancée. Yeah it gets better. So ready to read the third book. The cliffhanger isn’t bad on this one. Plus we find out Nox is more than what he is.
Read more
One person found this helpful
Helpful
Report abuse

Destiny
4.0 out of 5 stars Fun read
Reviewed in the United States on October 7, 2016
Verified Purchase
These books were very entertaining. Several things that I had to just let go because it seemed so..."out there" but then it is a series about Elves secretly living among us. Strange sometimes how I can read about zombies, aliens, elves etc. without any qualms but then mind-control makes me roll my eyes ha! But I digress. These stories are very imaginative and fun and engaging. They were page turners for me and that's always an automatic 3 stars. The extra star is for some great characters and great world-building. The last 2 books of the series were actually my favorites but they were all fun reads. Thank you Ms. Patrick for sharing these stories
Read more
4 people found this helpful
Helpful
Report abuse
See all reviews

SharonAG
5.0 out of 5 stars Definitely a must read.
Reviewed in the United Kingdom on April 22, 2019
Verified Purchase
Great read I have made a longer detailed review for this hidden Saga set. It’s truly a must read. That should be made into an ongoing TV series. Did not want the book to end and hope Amy writes more following on from each characters life. Far toooo good to end.
Read more
Report abuse

Nikki D
4.0 out of 5 stars Series
Reviewed in Australia on September 29, 2018
Verified Purchase
See review of Book One. I enjoyed the series.
Read more
Report abuse
See all reviews
Back to top
Get to Know Us
Make Money with Us
Amazon Payment Products
Let Us Help You
EnglishChoose a language for shopping. United StatesChoose a country/region for shopping.
© 1996-2021, Amazon.com, Inc. or its affiliates