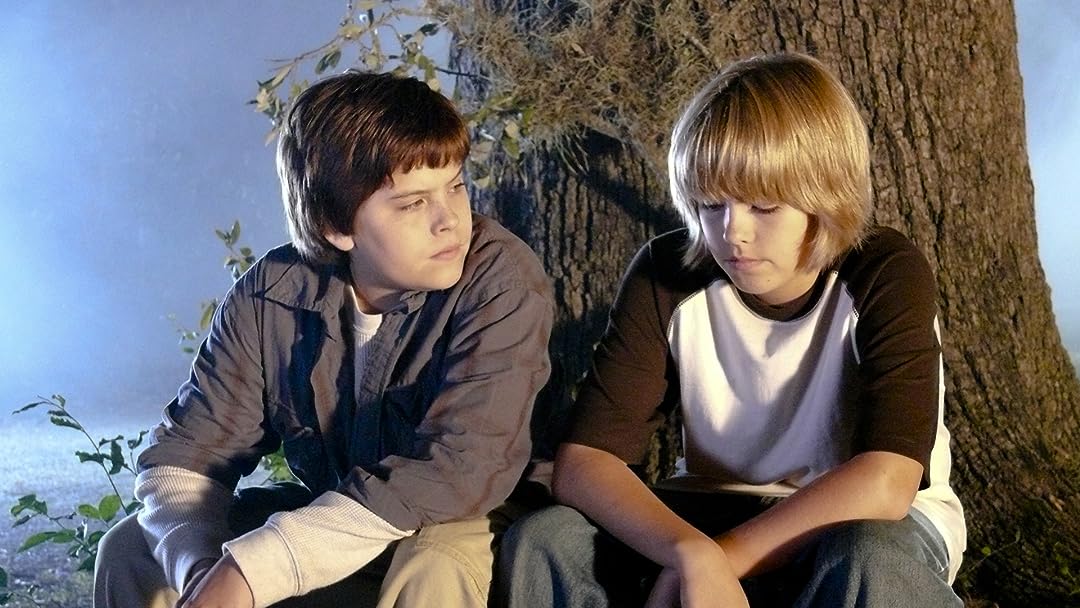 Hidden Treasure of the Mississippi

(14)
1 h 35 min2013PG
Two boys witness a murder but decide to not tell anyone out of fear. Along with their friend Betsy, they embark on a journey to find the real killer and redeem themselves.

Miss Josh EmmettReviewed in the United States on May 15, 2021
5.0 out of 5 stars
I'M 75 AND I LOVED IT
Verified purchase
Of course the Sprouse Brothers have stopped looking like twins since they were about 4, so this was fun. (And, no, they have never called themselves Twins, it has always been Brothers.)

It was not unusual to see Dylan in the dark hair. Both of them have dark hair now (Dylan finally took off the weight) and are doing movies and TV. They are both good actors although Dylan tended to let it slide in the Suite Life TV series, and let Cole do the acting, as he had to play himself anyway.

This movie gives you an idea of what they would become now. From line deliveries to facial expressions.

I knew what would happen, as the movie moved along, but I was still holding my breath during some scenes. On the other hand, if you don't know who the killer is by the time opening credits start on Murder She Wrote, you are not a mystery reader. Yet, who doesn't love the fun of Angela Lansbury? So this movie was a pretty good mystery.

This is a good family movie and teen movie. And Eileen Brennan is pretty darn scary! So get some popcorn and settle in and watch it together. Free your minds and stop being picky.

Only thing I missed was the extras at the end if you could buy it on DVD...bet there would have been some fun stuff with Eileen and Dylan!

BoBo ChenReviewed in the United States on August 31, 2020
1.0 out of 5 stars
Wrong cast
Don’t bother, unless you are a teen and has a crush on the Sprouse twins. Glad to be watching this video with my kids but the movie is a failure. The story is not that exciting. The experienced Sprouse twins did fine but that Victoria Justice is a terrible actress. Only one facial expression with a monotone voice. Would have been a better movie if casted another girl for the role. Sceneries were nice though.

Dana MarcomReviewed in the United States on November 24, 2019
5.0 out of 5 stars
Watch it now
This movie is the only reason I made it through middle and high school, it was incredible
See all reviews
Back to top
Get to Know Us
Make Money with Us
Amazon Payment Products
Let Us Help You
EnglishChoose a language for shopping. United StatesChoose a country/region for shopping.
© 1996-2022, Amazon.com, Inc. or its affiliates