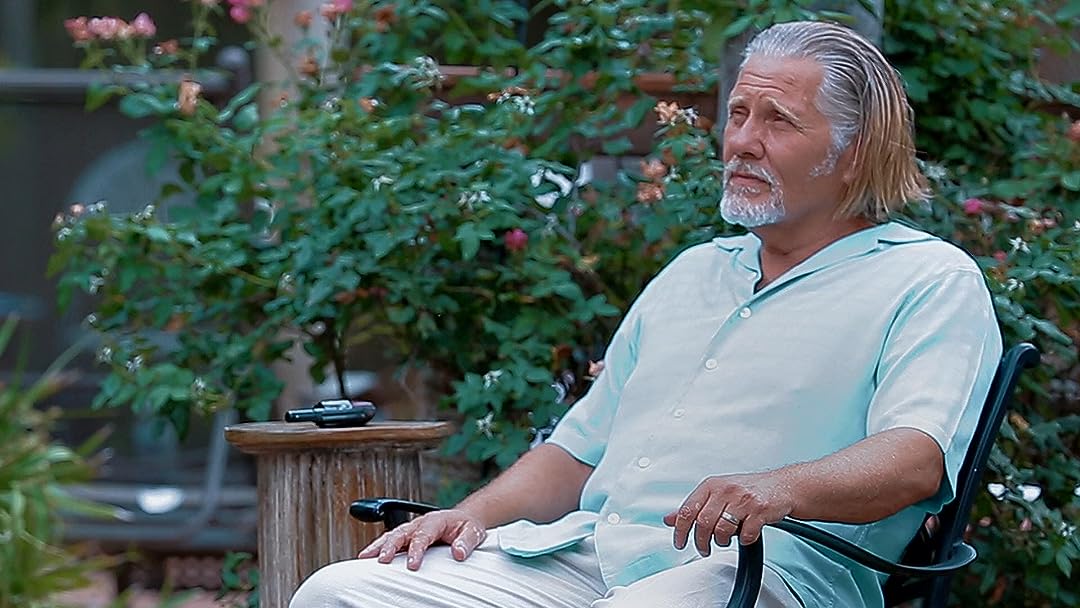 Hidden In The Woods

(64)4.11 h 34 min201618+
Hidden in the Woods tells the story of two sisters who have been raised in isolation, subjected to the torment of their abusive, drug dealing father. When they finally decide to report him to the police, he kills the two officers and is put in jail. But things go from bad to worse when the girls must answer to their Uncle Costello, a psychotic drug kingpin, who shows up looking for his missing ..

Elizabeth Renee BlueReviewed in the United States on February 13, 2014
4.0 out of 5 stars
A Horror Junkie's review: original review disappeared for some reason.
Verified purchase
Hmmm. I hope it doesn't happen often, as I only stumbled upon a few deletions by accident. Oh well.
This movie doesn't fall neatly in the horror genre. Its more horrifying. than entertaining, one of those in which you feel you need a shower after watching. The acting and setting makes it seem oh so realistic. As if I were peeping in on a 'family'. There is child abuse, incest, drug trafficking, lots of violence... in a backwoods, Latin American setting. There's a horror subgenre theme here but I won't reveal it though others probably have. When I watched this there were only 2 reviews and it wasn't mentioned so it came as a surprise, as it should. This movie is a great exercise in relativism. Toward the middle, I was increasingly repelled by the protagonists, and thought "They need to die". But then, with the insertion of the drug cartel guys, I started rooting for them! Anyway, it you like dark, ugly movies, and have no objection to subtitles if you don't speak Spanish, then this one is very well done.
3 people found this helpful

Lyrad JohnsonReviewed in the United States on May 24, 2017
1.0 out of 5 stars
Where's the 3D ?
Verified purchase
2d was better there were no 3d just a 2 split screen to give the idea that 3D is present

Gonzalo M.Reviewed in the United States on March 20, 2014
5.0 out of 5 stars
only the strong will survive.
Verified purchase
A movie that leaves you with a lot of suspense & full of fear. Its a strong movie for some people since it's very violent. But yet, that is how reality is.
2 people found this helpful

James WilliamsReviewed in the United States on March 29, 2014
2.0 out of 5 stars
Hide it back under a rock
Verified purchase
Another dime-a-dozen woodsian horror garlic belch. Nudity... check. Blood... check. Screaming and running... check Any good... Nah. Though American remake rights have been obtained, I find it hard to fathom why. Acting... crappy. Special effects... just as crappy. This kind of cinema DOES have its merits though idiots and some haughty-taughty groups have manage to pin the trite "torture porn" label on the genre. This is the kind of film that lends merits to the claim, not because it's loaded with with checklist content, but because it's just poorly made (and not in a good way only lovers of this can of cinema appreciate).
3 people found this helpful

gayla mettlerReviewed in the United States on March 21, 2014
2.0 out of 5 stars
*spoiler alert*
Verified purchase
this movie could have been much better. you lost me at the "flesh-eating" stage. it seems any filmmaker can make a buck with a cannibal, zombie or vampire theme. i should make one, and retire. thanks for a giant waste of time.
See all reviews
Back to top
Get to Know Us
Make Money with Us
Amazon Payment Products
Let Us Help You
EnglishChoose a language for shopping. United StatesChoose a country/region for shopping.
© 1996-2021, Amazon.com, Inc. or its affiliates